Behold the Rule of Three Champions, and The Heart of the World

The Rule of Three now has its official winners.
—————– 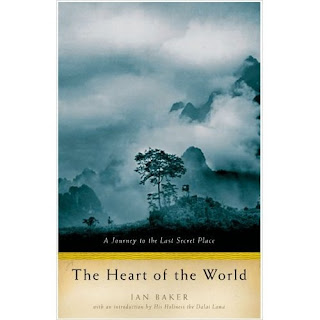 Between falling sick, and judging the Rule of three with my three co-hosts, I’ve been trying my best to keep up with all that is life, and writing, blogging, tweeting, reading. I’m now reading the The Heart of the World by Ian Baker.

To give you an idea of the sort of read it is, here is a bit of the blurb:

The myth of Shangri-la originates in Tibetan Buddhist beliefs in beyul, or hidden lands, sacred sanctuaries that reveal themselves to devout pilgrims and in times of crisis. The more remote and inaccessible the beyul, the vaster its reputed qualities. Ancient Tibetan prophecies declare that the greatest of all hidden lands lies at the heart of the forbidding Tsangpo Gorge, deep in the Himalayas and veiled by a colossal waterfall. The heart of the Tsangpo Gorge remained a blank spot on the map of world exploration until world-class climber and Buddhist scholar Ian Baker delved into the legends. After several years of encountering sheer cliffs, maelstroms of impassable white water, and dense leech-infested jungles, on the last of a series of extraordinary expeditions, Baker and his National Geographic-sponsored team reached the depths of the Tsangpo Gorge. They made news worldwide by finding there a 108-foot-high waterfall, the legendary grail of Western explorers and Tibetan seekers alike.

I’m not really a non-fiction person, but this book is research, and I’m loving it! If you come across this book, I suggest you pick it up for a strange and fascinating read.