If You Could Dig through the Earth to Another Country, Where Would You Go? 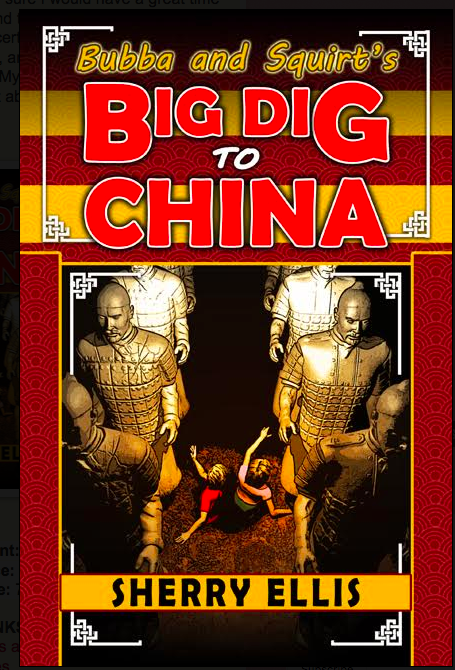 If you could go through the Earth and end up in another country, where would you go? This is the question author Sherry Ellis wants us to answer for her Where in the World Blogfest which coincides with the launch of her book: Big Dig to China.

Where would I go, if I could enter the Earth and emerge into another country, On the Other Side?

I live in Singapore, one of the safest and cleanest cities in the world, with one of the most efficient service industries found anywhere on this planet. It has its share of stressors, but I choose not to focus on them. I’ve been lucky enough to travel, but really can’t imagine a place I’d love to reach after digging across the breadth of Earth!

To be honest, the way we humans are treating this planet, each other, and all non-humans, I’d say let me off this planet.

I sound like a misanthrope, but I’m not. Nor do I think I have the skills to survive in a jungle (a skill I should dearly love to build though). I just wish there were a country I could move to where humans don’t see themselves as separate from (and superior than!) Nature.

Where humility rules the day, where humans respect each other, plants, animals, and their roles in Nature.

This country only exists in my dreams, but I imagine it could be built towards, one step at a time.

There are places like Norway and Bhutan, considered happier than many, but with their own set of problems.

So, for now, my utopia remains an utopia. The only escape is through the world of imagination, through books, the kind Sherry Ellis offers in her wonderful new book.

Where would you go to, if you could go through the Earth and emerge in another country? Which countries do you admire? What do you most admire about the country you live in? What do you wish you could change?

This monthly event has brought smiles on the faces of a lot of participants and their audiences, and somewhat restored their faith in humanity. Here’s a sampler. Click here to know more. Sign up here and add your bit of cheer to the world on the next installment of September 28!