What Book Series Have You Read Lately? 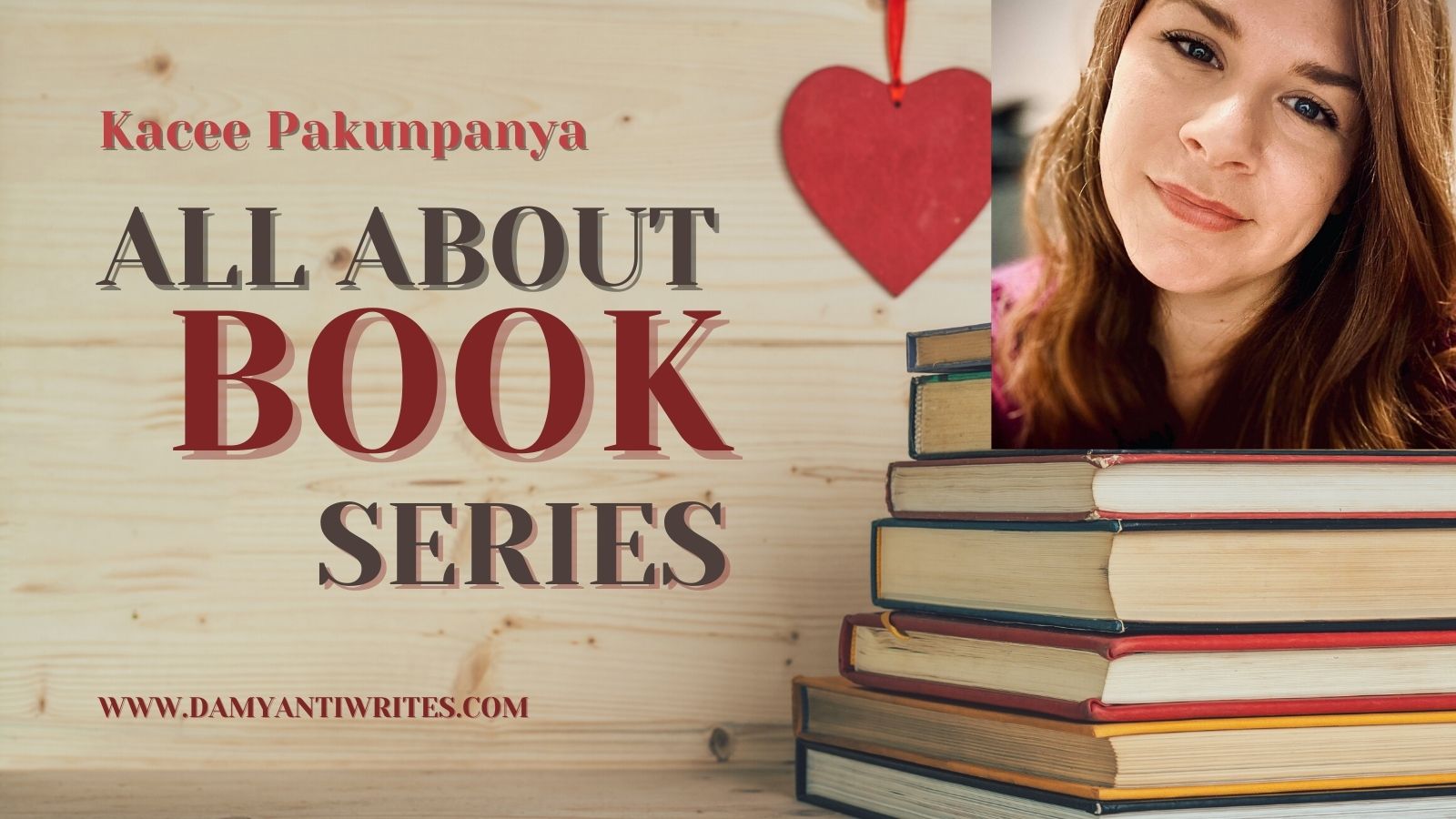 Over the last few weeks I have made a conscious effort to feature readers on Daily (w) rite alongside publishing professionals. A few weeks ago I hosted the wonderful bookblogger, Lynne Legrow, and then bookstagrammer Shay.

Today it gives me great pleasure to feature a booklover who speaks of her reading journey that started with dyslexia and has today turned into an abiding love for books and book series: Kacee Jones Pakunpanya. She recommends a few fantasy book series, and I’ve added them all to my TBR–other than the Sanderson, all were new to me, and after working on endless iterations of The Blue Bar, they’re just the escape I need.

Take it away, Kacee!

I did not grow up loving reading. In fact, I despised reading, almost to the point I didn’t like reading signs on the road. It wasn’t until later that I was diagnosed with dyslexia. Reading in school was a reminder that I was a failure and, sadly, many adults fed my insecurities. When it was time for me to graduate high school and I needed to decide on a future I decided that my fear of reading needed to end.

By that time I had finally been diagnosed with dyslexia and knew why reading was so difficult for me. I worked on finding a way to work with my disability, one way being, to read as much as possible starting with children’s books. It took a while for me to figure out how to fall into a story and not be afraid of comprehending every word I read. Once I was able to see the world that the words were creating I was hooked.

I finally understood what those crazy reading fanatics were talking about! I dove into worlds, escaping my own, and learning so much more about the world and how to empathize with those who were entirely different from me. In the end I fell in love with reading and changed my major from Studio Arts to Literature.

Now everyone who knows me knows I love to read and always have recommendations. Reading changed the course of my life and became a core pillar of my personality. My only regret is that I didn’t push myself earlier in life. Reading calms my mind in a way nothing else can and I can only imagine what I could have achieved if I fell in love with reading sooner.

I love the prolonged dreamy effect a series has over a lone standing novel. I want to be engrossed in a story for weeks! Now don’t get me wrong, I have read some fantastic stand alone novels, but there is something about a book series that holds my imagination and excitement. Nothing is more exciting than finishing a book knowing that it still goes on. The hunt for the next book or the prolonged agony of waiting for the next book is a unique feeling a reader can experience only with a series. Below are a few book series that I fell in love with for different reasons, and my takeaways from each series.

Some are complete, others are not. 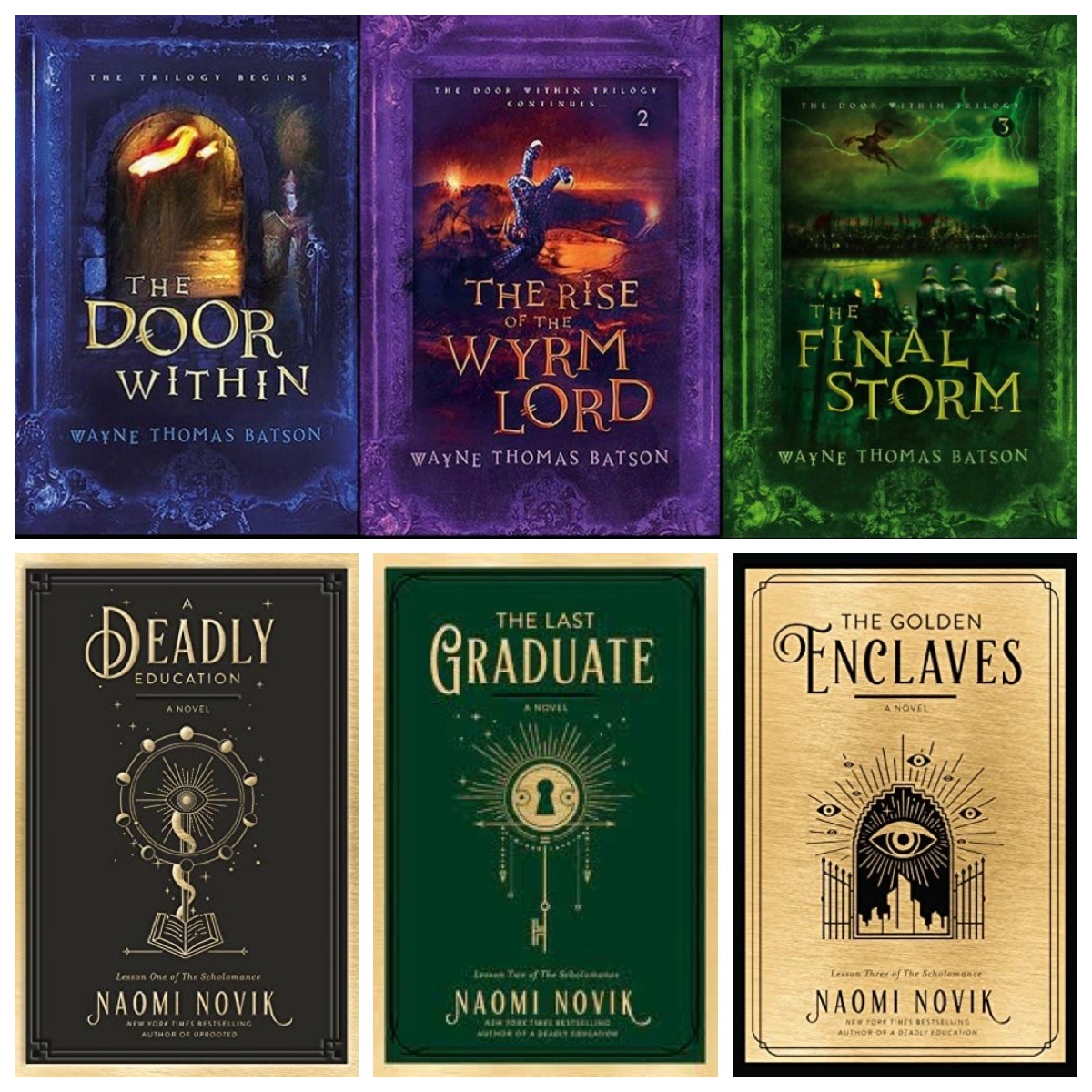 1) The Door Within Book Series  by Wayne Thomas Batson

The Door Within consists of 3 books, first The Door Within, second The Rise of the Wyrm Lord, and third The Final Storm. The first was published in 2005. What drew me to this series is the combination feel of Narnia meets Lord of the Rings. Narnia because our main character, Adian, escapes his world into a new realm that parallels his world and will have life-altering implications. What Adian will eventually realize is that who he is on the inside is what is seen in The Realm.

This realization doesn’t become apparent until book two The Rise of the Wyrm Lord, when his best friend Robby ends up coming to The Realm as well and he finds out Robby isn’t who he thought he was. Their friendship becomes strained when they find themselves on different sides of a war– bringing up a question on how far you will go to save a friend. Another theme that resonated with me was the villain of circumstance’s redemption arc. So many of us in this world play a role that we were given because that is what is expected of us. Not often are we allowed an opportunity to reject the environment that created us to be new, to be better. That is ultimately what we long for and what this villain got a chance to do. Even though this book is geared for ages middle to high school, I believe the journey that these characters go through transcends age and forces the reader to look at their own relationships and evaluate who they are at their core.

The Scholomance series is one of my absolute favorite reads and it isn’t even finished yet! The writing is phenomenal! Book one is A Deadly Education, book two The Last Graduate, and book three The Golden Enclaves that comes out September 27, 2022. Novik wrote this in a way that the first person narrative was speaking to the reader like a close friend.

For me, most of the time when I read a first person narrative, I get annoyed with the inner dialog trying to provide world building but for El it was so natural. It was like looking into the inner workings of her mind and it fascinated me as a reader. I never got bored. As you follow El in the school of Scholomance you pick up the themes of friendship, loyalties, and a broken system that needs to be broken for good. Often I kept asking “why in the world would these parents willingly send their kids to this death trap of a school?’. If anyone is holding on to a tradition for the sake of tradition that needs to be reevaluated and that is exactly what El and her friends do. I foresee some major consequences from the adults for their actions in book three. Each book left me on a cliffhanger wanting for more. I am impatiently waiting for book 3.

The Air Awakens Series was published in 2015 but I didn’t find it till 2021, so many may have already read this series and I am just behind the times. However once I found them I devoured all 5 books at record speed. There is book one Air Awakens, book two Fire Falling, book three Earth’s End, book four Water’s Wrath, and book five Crystal Crowned.

The series follows a reluctant hero Vhalla who has just come into her rare powers that makes her a pawn. The thing that I liked the most about this series is that it didn’t shy away from the psychological damage war inflicts not only on the collective, but the individual. Who Vhalla is in book one is a far cry from who she will become in book 5. There will be times that you will not like her but in her defense she doesn’t like herself either. Being a pawn is hard but being a leader is harder. 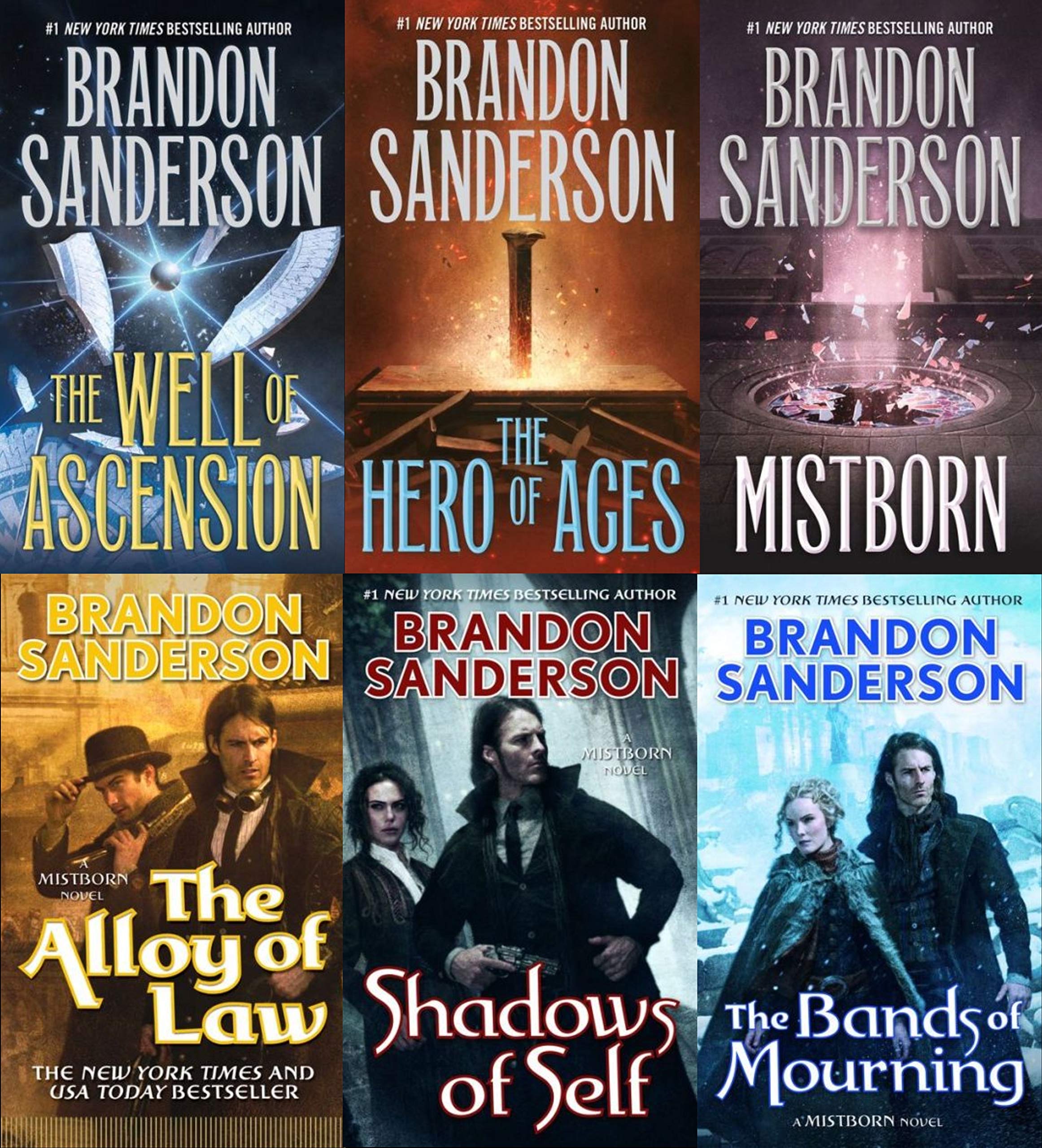 If you already know of Brandon Sanderson then you might have already read this series but if you haven’t this is a good introduction to Brandon Sanderson. It was my introduction to Sanderson’s writing and I instantly became a fan. The Mistborn saga consists of book one The Final Empire, book two The Well of Ascension, and book three The Hero of Ages. This series does go beyond the trilogy into a second trilogy Mistborn: The Wax and Wayne series but the first three does give you a complete story arc if you wanted to stop with the first mistborn set.

The world building and magic system is complex but written flawlessly. Within the first chapter the words had disappeared and I was sucked into the strange world Sanderson created. Through the three books we follow our reluctant hero Vin and the gang she is part of starting with a difficult heist, that turns into political espionage, which brings the rag tag group into a fight for their lives and country. Their magic takes on an aspect of martial arts that gives the reader an adrenaline rush. However if you are looking for a story about a good guy who always wins, this one isn’t for you. Our heroes will have to fight to the bitter end with many losses. The Mirror Visitor series is written by a French author and is translated into English.

It starts with book one A Winter’s Promise, book two The Missing Clairdelune, book three The memory of Babel, and book four The Storm of Echoes. I remember when I first started this series and was trying to explain why this book was so good to my sister and couldn’t find the words. I had a hard time explaining why, because just taking it at face value the main characters are quite boring. They seem flat and unwieldy.

The main character, Ophelia, is a mousy girl who is shipped out of her safe quiet world to be married off to an unfeeling man for his political agenda because of her unique powers. The driving force for this story is Ophelia because she is forced out of her comfort zone to learn how to survive in a politically driven world while longing for her old life. The growth that Ophelia goes through is slow, each challenge she is presented with steadily opens her eyes to a bigger world so that she can never turn back from it. This series cannot be simply summarized because there are so many aspects of world building that need to be mentioned. It might be slow at first but I can guarantee you will be enraptured with the mysteries the books can provide.

Tell me, what is a series that had you running to the store for the next book? What author had you so enchanted that you had to read every other book series he or she wrote? I am always on the hunt for more, and would love your input.

I would also love to answer any questions about my struggle with dyslexia. Just know that what worked for me may not work for another dyslexic. Everyone’s brain works differently. I still struggle with it every day but found peace with it in reading.

My next literary crime novel, THE BLUE BAR is already available for pre-orders. I’d love it if you added it as Want to Read on Goodreads–each add helps the book find more readers.