On Meeting a Graveyard Cat 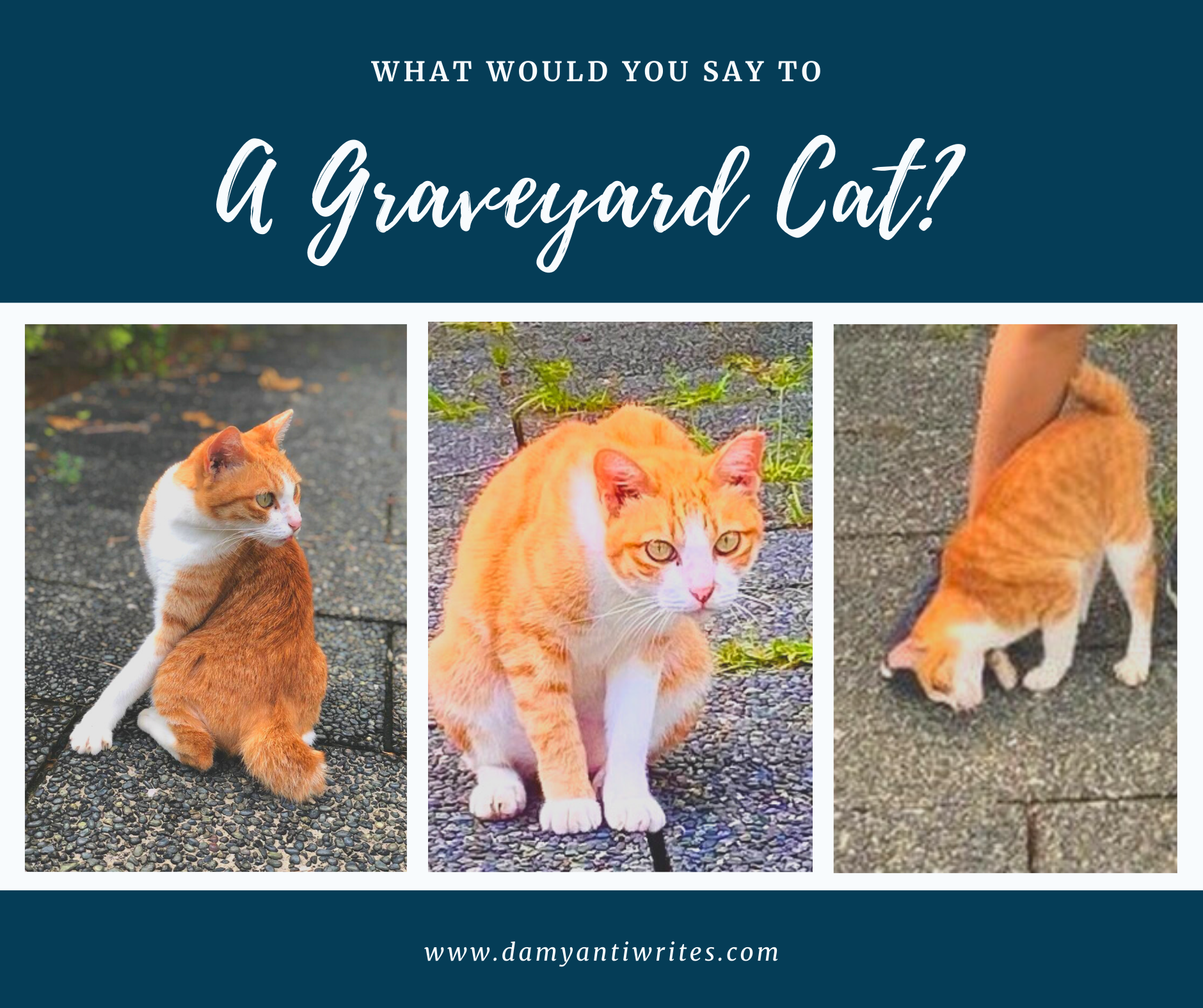 I grew up with a dislike for cats. Maybe even fear. Cats were not common in my neighborhood as a child in hinterland India, and everyone considered the few that were, pests at best and at worst, evil omens. Feral dogs, strays, were common. I remember my parents feeding them. Never cats.

By the time I reached college, I stayed at a hostel where cats had the free run of the dining room, and the staff thought that giving the cats first turn at the plates made their cleaning jobs easier. There was much caterwauling in the winters, and during stretches where I was one of the few who stayed back during the holidays, this could make for a very eerie wake up call right around 2 am.

Moving out of India into Malaysia, and of course, getting on social media, was my first introduction to people’s love for cats. I discovered that they can be gorgeous; they have attitudes; they have Instagram accounts. Cats, not people. From main coons to tabby cats, I watched them all over my timeline along with heart emojis, and wondered what the fuss was about. Since then, I’ve had cat-loving friends and been to dinners to their places where the cats navigated their way around wineglasses on coffee tables, and have grown somewhat used to them.

I now photograph cats in my neighborhood in Singapore, and sometimes even put them on Instagram. Needless to say, they receive more comments than any book posts, and rightly so. A cat cannot be added to the to-be-read pile. Unlike a book, it is not a reminder of things as yet undone. No cat ever looks like it cares about things to be done, unless while actively hunting, or maybe insinuating that she needs to be fed.

Graduating from not being terrified of cats to photographing them while maintaining a respectful distance as they strike dramatic poses has been quite the progress. I’ll never go physically pick one up though (other than tiny kittens), nope thank you, but I no longer pause when I see one, or look for alternative escape routes.

So the day I saw this cat at a graveyard, I waited for it to approach me. Graveyard, you ask? Well, I can take a longish walk and reach the Japanese Cemetery Park which contains nearly 1,000 graves of Japanese civilians in Singapore and soldiers mostly from the early 20th century, during and after the time of the Japanese occupation of this country.

Founded by three Japanese brothel-keepers, the cemetery was built in 1891 as a burial ground for karayuki-san, or Japanese women brought here for prostitution, many of whom died poor and destitute.

Over the years, other Japanese were buried there. The Japanese Association of Singapore oversees its upkeep. It is one of the only places I can find relative solitude, as well as some closeness to nature during the current covid surge that has sent Singaporeans out of gyms and into parks, on morning walks.

So there I was, strolling in the graveyard, minding my own business, when I saw a cat (I wouldn’t venture to name the breed–bobtail, maybe, but you can tell me in the comments if you recognize it from the pictures?) stroll up to me, mewling. I snapped a few pictures, but turns out she wasn’t just a fashion aspirant. She rubbed herself all over my shoes, did some begging (I had no food on me, but that didn’t seem to dampen her enthusiasm one bit). She kept me company as I took in the morning air, washing herself, laying flat belly up to be petted, and calling for attention when I pointed my phone at anything other than her.

I posted pictures of her on my Instagram, and my DMs have seen modeling offers from cat food and cat jewelry/ clothes brands (apparently this is a thing), but I haven’t the heart to tell them that this was just a friendly graveyard cat–and they should read post captions before wasting their time.

On my way out, I saw a visitor set out fresh food offerings and frankincense at one of the graves, and my affectionate guide took off like a shot, headed towards better breakfast prospects. She’s stayed with me beyond that morning walk, and now here I am, writing about her.

I liked that she gave me her time and attention, but also stopped the minute something more attractive came up. Her lack of niceties, of a proper goodbye, and her complete presence in the moment–reminded me of people I’ve known and loved. The next time I head out into the cemetery park for a morning walk, I’ll keep an eye out for her.

Are you owned by a cat (since no one can own one) ? What have been your experiences around cats? Do you follow cat social media accounts? What cat has made an impression on you, and why? 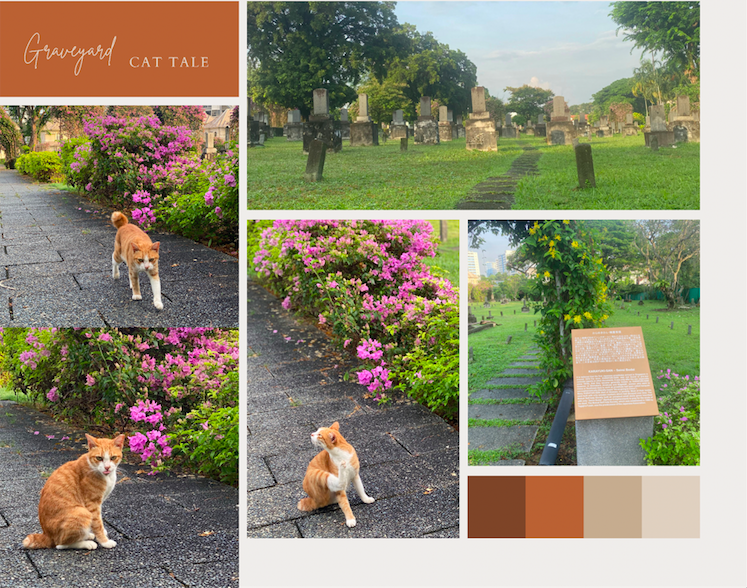 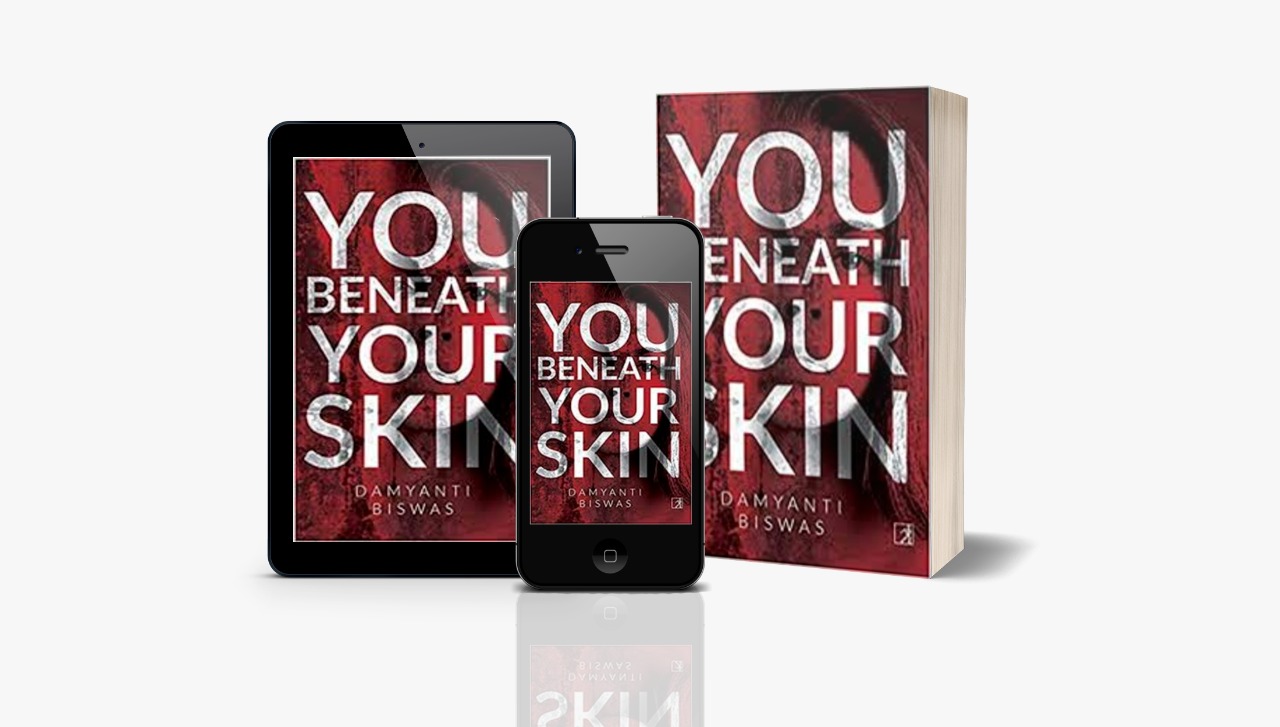