Dear Writer, Want to Know about the Character of Plot? 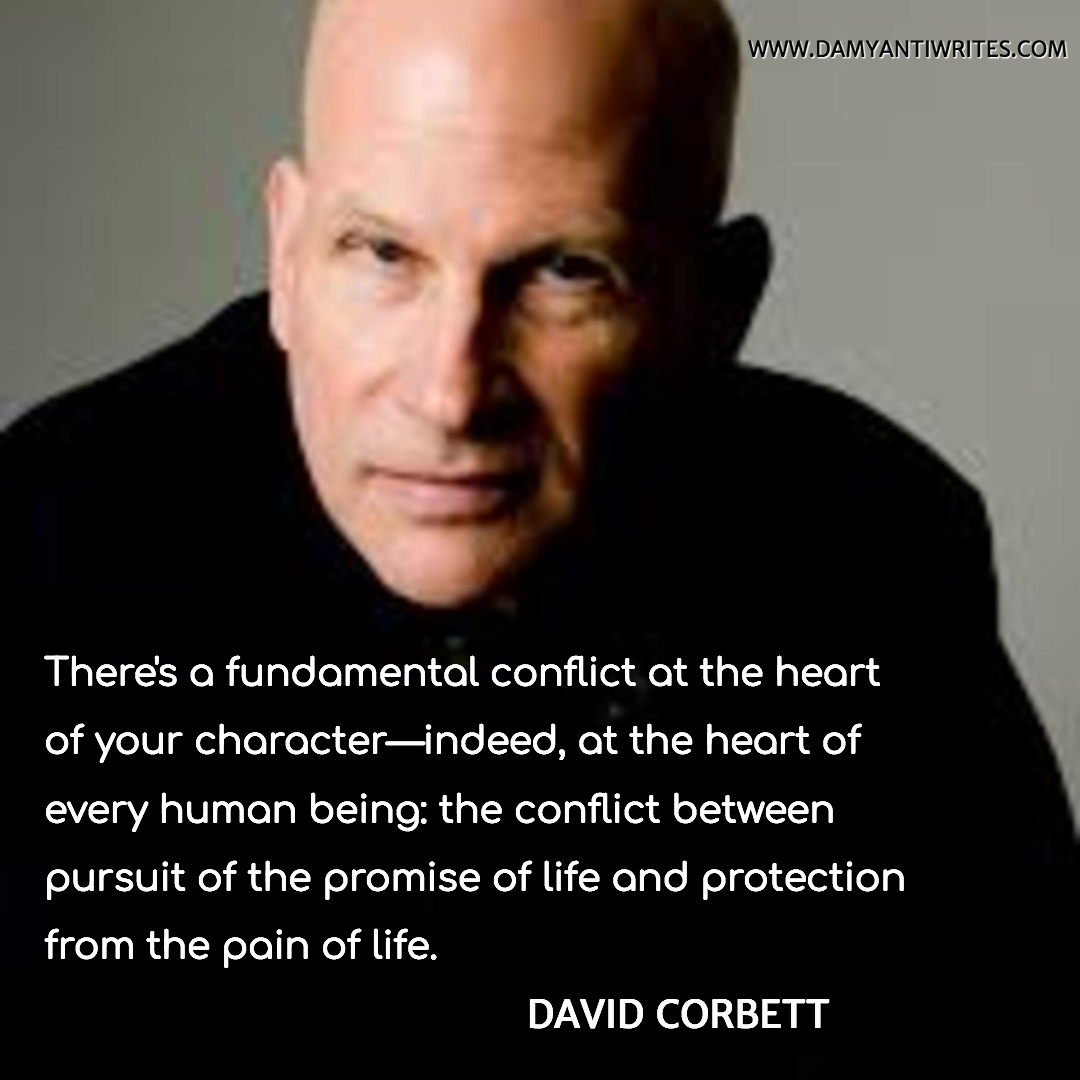 Here on Daily (w)rite, as part of the guest post series, it is my pleasure today to welcome David Corbett, an amazing novelist and one of the kindest, most patient creative writing teachers I’ve known. Today he’s here to talk about the Character of Plot— a unique approach to story structure that, according to  David, provides the best opportunity for truly profound, compelling, complex, and emotionally rich narratives. David has given very good characterisation and plotting advice on this site before (don’t miss out if you haven’t read it already). You can ask him questions about characterization and plot in the comments.

Stories that begin with plot risk forcing the characters into actions determined solely by the sequence of events, rather than having the characters themselves create those events through their own actions, triggered by deep-seated needs and desires. Such “plot puppets” lack the individual agency that makes for a compelling portrayal. The invisible hand of their creator—the author—never seems far off, and though they can often seem clever, they never arouse the deeper level of feeling that makes for a truly memorable reading experience.

It’s certainly true that many of us begin writing with a story in mind, and it generally has at least a vague outline. That’s fine. But once we begin to ask the simple question of who might inhabit such a story, we begin a process where a holding on too aggressively to that vague outline may actually inhibit some of the character work that could elicit a more fascinating story. 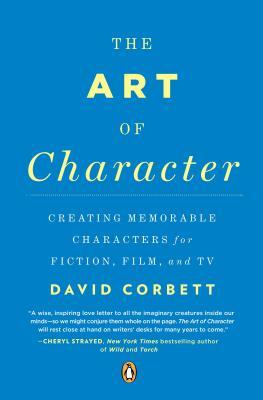 Once we get an idea of the story’s cast of characters and begin to plumb their personalities—especially their deepest longings and the forces of resistance that have held them back from fulfilling those longings—we begin to see that the story can possibly turn in numerous directions, based on how these more complex, contradictory characters might interact once set in motion.

I believe the most basic question you must understand about a character concerns her Yearning; her longing to be a certain kind of person, to pursue a certain way of life. 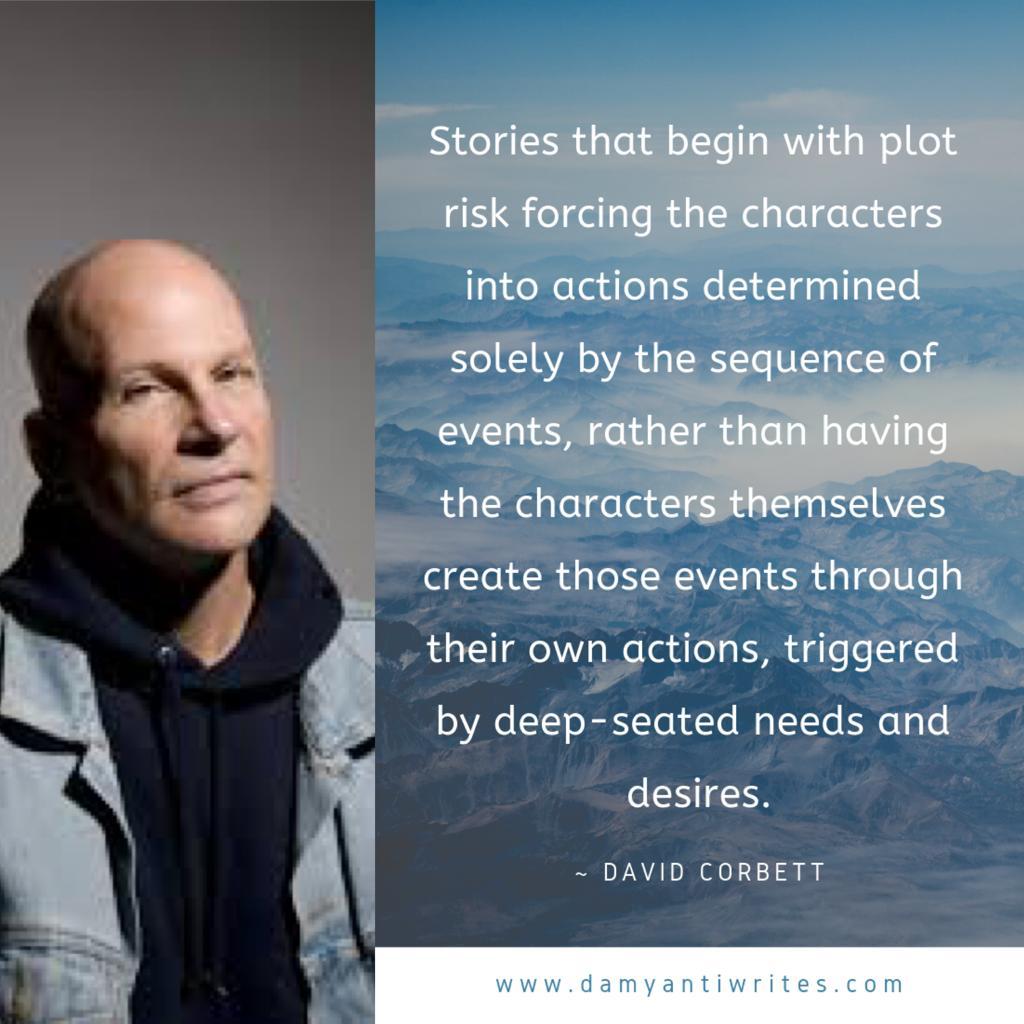 Once this sense of Yearning is identified, however, the next question arises almost instantly: why is the character still unfulfilled? What’s holding her back?

To answer that, you need to explore the character’s backstory

What this search will uncover is that there’s a fundamental conflict at the heart of your character—indeed, at the heart of every human being: the conflict between pursuit of the promise of life and protection from the pain of life. The character has reached a balance of sorts between these two impulses, a way of acting in the world that reflects her continuing hope that the promise of life remains possible, and her awareness that the pain of life is inescapable.

This is your character’s state of mind at the story’s outset.

This opportunity or misfortune obliges the character to act, which takes her out of her comfort zone, the equilibrium between pursuing the promise of life and protecting herself from the pain of life that has defined her up until this moment. She will most likely begin taking small, guarded steps. But if the opportunity is big enough, or the misfortune destructive enough, small measures will not suffice. Additional disruptions and challenges will force the character further and further from that original comfort zone, until she will begin to ask herself: Given all the trouble and strife this pursuit is causing, why don’t I just quit, stop, compromise, find a way out?

The answer will lie in how deeply the goal created by the opportunity or misfortune speaks to her Yearning. If that goal has awakened a new awareness of who the character longs to be and how she wants to live, not following through will feel like a kind of living death. She will have seen how responding to the opportunity or misfortune isn’t merely a case of putting one foot in front of the other. The compass pointing the way is guided by a much deeper force—her newfound understanding of what she truly longs for from herself and her circumstances.

Once that awakening takes place, there is no turning back without living a lie from that day forward. This is how to make the stakes ultimate—to show how they define not just a solution to a problem but speak to identity, purpose, meaning, connection, capability: self.

By using this approach, authors guarantee that their characters travel not just an external journey in the course of the plot, but internal and interpersonal ones as well. This promises to provide additional depth, complexity, and thematic nuance to the story.

I’ve found David’s Art of Character very useful. And I’m pre-ordering the Compass of Character, and here’s where you can, too. If you’re serious about writing fiction, I recommend you get both!

David teaches classes online as well as offline. Learning from him has made me a better writer over the years. Check out his course before it sells out:  Creating Complex Characters. 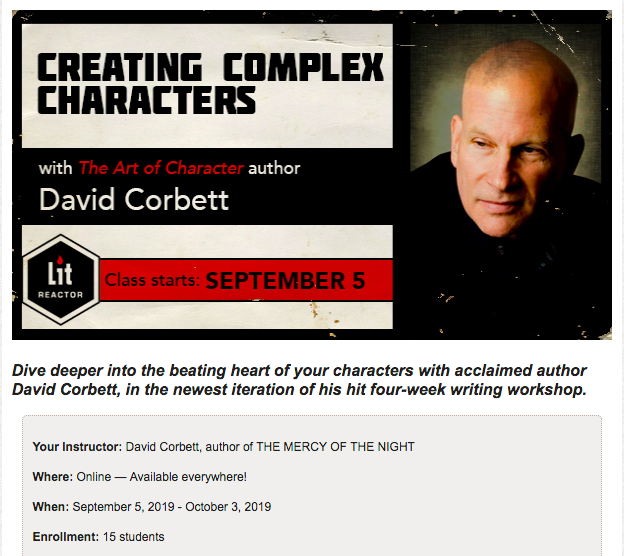 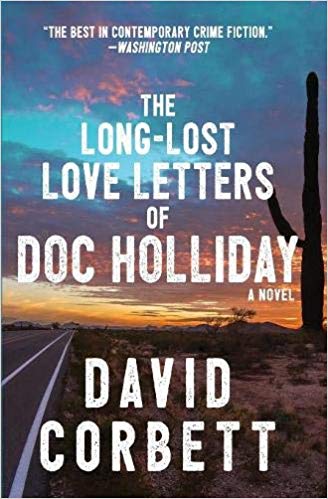 David Corbett is the author of the following long-form works of fiction: 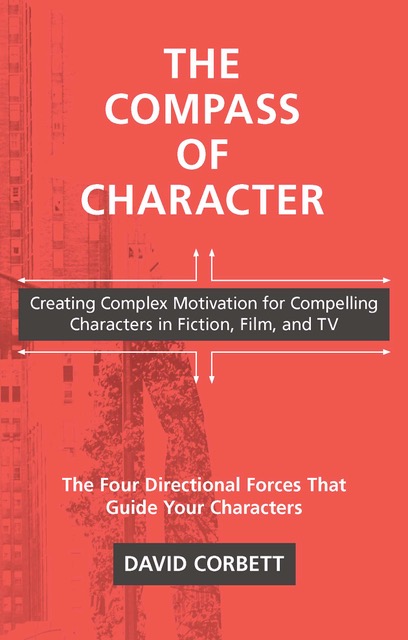 Corbett’s short fiction and poetry have appeared in journals as diverse as Mission and Tenth, The Smoking Poet, and San Francisco Noir, and his stories have twice been selected for inclusion in Best American Mystery Stories (2009 and 2011). His story “Babylon Sister” was named one of the Top Five Stories of the Week for the two year-period 2015-2016 by Narrative Magazine, while his story “It Can Happen” was nominated for a Macavity Award and has been adapted for TV as a pilot for a Hulu series based on the anthology in which it appeared, San Francisco Noir. His story collection Thirteen Confessions was published in 2016.

He serves as co-chair for the highly regarded Book Passage Mystery Writers’ Conference, where he has served as a faculty member for over ten years. He has also taught at the UCLA Extension’s Writers’ Program, Litreactor, 826 Valencia, and numerous writing conferences across the US, Canada, and Mexico.

Prior to his career as a novelist, he worked as a private investigator for the firm of Palladino & Sutherland in San Francisco, and played a significant role in such headline litigations as The Peoples’ Temple Trial, the first Michael Jackson child molestation scandal, the Cotton Club Murder Case, and many others. For more, visit www.davidcorbett.com the last Friday of each month snippets of positive news that shows our essential, beautiful humanity.

This monthly event has brought smiles on the faces of a lot of participants and their audiences, and somewhat restored their faith in humanity. Here’s a sampler. Click here to know more.

Sign up here and add your bit of cheer to the world for the next installment on the 30th August.