Six Tips to Create Character Arcs Over a Series 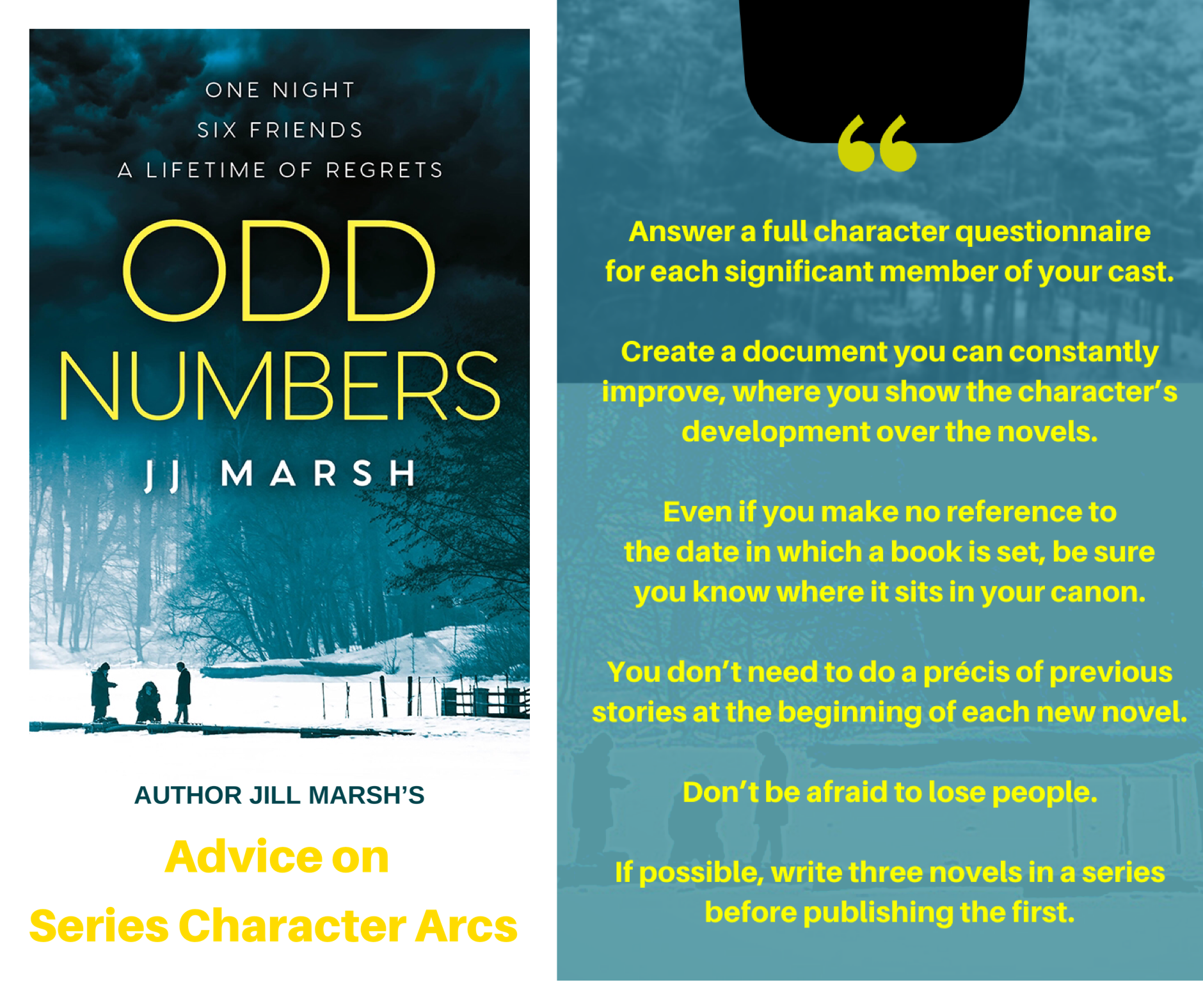 CHARACTER WRITING ADVICE OVER THE ARC OF A SERIES

Writing life-like characters who the reader can root for is one of the biggest challenges for any author. If readers care about your characters, are interested in them, they will not only root for your characters over one book, but want to see them in a series. So it is very important that you follow character writing advice over a series, so that the reader keeps coming back to your writing universe and continues to buy books featuring the characters you have developed. As most genre writers have discovered, books in series sell better than standalones.

Here on Daily (w)rite, as part of the guest post series, it is my pleasure today to welcome Jill Marsh whose wonderful crime novels have been Amazon bestsellers. Jill is here to give very useful insights into creating character arcs over a series of novels. Check out her Beatrice Stubbs series which can be quite addictive, so fair warning! Take it away, Jill.

I’ve written twelve crime novels. They feature the same protagonist with many of the same secondary or recurring characters. I plotted a series of six, but decided to commit to another half dozen when I found an eager audience.

When planning the original six books I kept one key element in mind. The main character (MC) must have a trajectory, an arc over all six novels. She can’t stagnate or make the same mistakes over and over again. Even against the worst opponent – her mental health – she must progress. From the first in the series, Behind Closed Doors, I knew where she was going. Equally important, where she’d come from.

The people I hadn’t considered were the supporting cast. Secondary characters need their own journeys, or will become cardboard cut-outs the reader can predict. While writing book 3, I found myself flicking back and forth through the paperbacks, trying to remember how old a child was, where a friend lived or if the MC’s best friend was a vegetarian.

That’s when I started the spreadsheet. I have an Excel file of characters, quirks, description and development per novel. This started as a technical way of maintaining consistency, but soon grew into something more useful. This sheet has proved invaluable not only for character arcs but also as a shortcut. One feature of my books is that certain characters from previous novels occasionally have a cameo role. Rather than rereading an entire book, I can check the guest star’s full name, physical appearance, relationship to main character, key lines and personal history.

My top six tips for managing characters over a series are as follows:

1. Answer a full character questionnaire for each significant member of your cast. This includes birth date, political leanings, physical description, significant personal history, relevant relationships, favourite newspaper, star sign, dietary requirements and even a Colour-Me-Beautiful chart. You will think much of this is irrelevant. Until you need it. Here’s an example I developed with fellow crime writer Sheila Bugler.

2. Create a document you can constantly improve – spreadsheet, WORD table, whatever works for you. Show the character’s development over the novels. Note any particular emotional impacts and motifs you can wield in later books for example, does your character have a fear of chickens after the Hen Coop Hell of Book 2? Confront him with a cockerel in Book 7, reminding followers of the series of that earlier moment, but balancing it so that newcomers do not feel excluded.

3. Even if you make no reference to the date in which a book is set, be sure you know where it sits in your canon. Otherwise, how can you convince your reader the three-year-old in Book 4 graduates from college in Book 5? Take note of the season you chose so not every book takes place in summer. Ensure the details of the political environment are still accurate. My proofreader recently pulled me up for a 1999 book set in Prague where my characters pay their bill in Euros. While members of the EU, the Czech Republic still uses the Koruna.

5. Don’t be afraid to lose people. A beloved secondary character may have to meet a sticky end, although your readers shriek No! Life is messy, random and cruel. In life, we learn to live with loss, thwarted ambition and unfairness. Fiction is no different. Kill your darlings but choose wisely.

I’m going to offer some exercises to put the above into practice :

# What legacy of experiences mark your character’s personality and preferences now? Not just past trauma, but why is s/he allergic to seafood, soppy about butterflies, nervous of men in hats? Define a least one actual and one vicarious experience (ie not something experienced directly and possibly not even personal – seen on TV, overheard, urban legend) which marked her/him.

# Regular recurring characters may need less depth but ask yourself how the MC met Person A. What makes them a good team/partnership/antagonistic relationship? What touch points do they have – shared memories, love of fried onions, habits that drive each other crazy. How have they affected each other, for good or bad?

# Think of one past action scene which demonstrates your character’s personality (for better or worse). Now picture your character two/three books later – how would that behaviour change in those circumstances?

# How other characters see your MC doesn’t always reflect his true personality. Look at your character from the outside. It’s not easy so here’s a way in. On the left hand side of a piece of paper, write down five of your character’s key values. What are the things they hold dear? Think conceptually, eg, truth, loyalty, persistence, kindness, etc.

# Now on the right, write down how those characteristics could be perceived by someone who hates your character. Eg, truth can be seen as rudeness, loyalty as blind devotion, persistence as pig-headedness, kindness as being a sap, etc.

Characters over a series should become like friends. You know they love anchovies, hate kites or won’t use a bicycle. But more importantly, you know why. Because you grew up with them.

What writing advice would you give to someone working on a series of novels? What series novels have you loved reading lately? Would you like to recommend any? Do you have questions or comments for Jill?

Jill (JJ Marsh) grew up in Wales, Africa and the Middle East, where her curiosity for culture took root and triggered an urge to write. After graduating in English Literature and Theatre Studies, she worked as an actor, teacher, writer, director, editor, journalist and cultural trainer all over Europe.

Now in Switzerland, she writes crime and literary fiction to entertain readers with enthralling stories and endearing characters.

Her Beatrice Stubbs crime series topped the Amazon best sellers in “International Mystery & Crime” in Australia, Canada, the UK and the US. 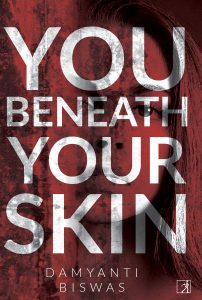