When at the Edge of a Precipice, What Gives You the Courage to Go on? #FridayFeature 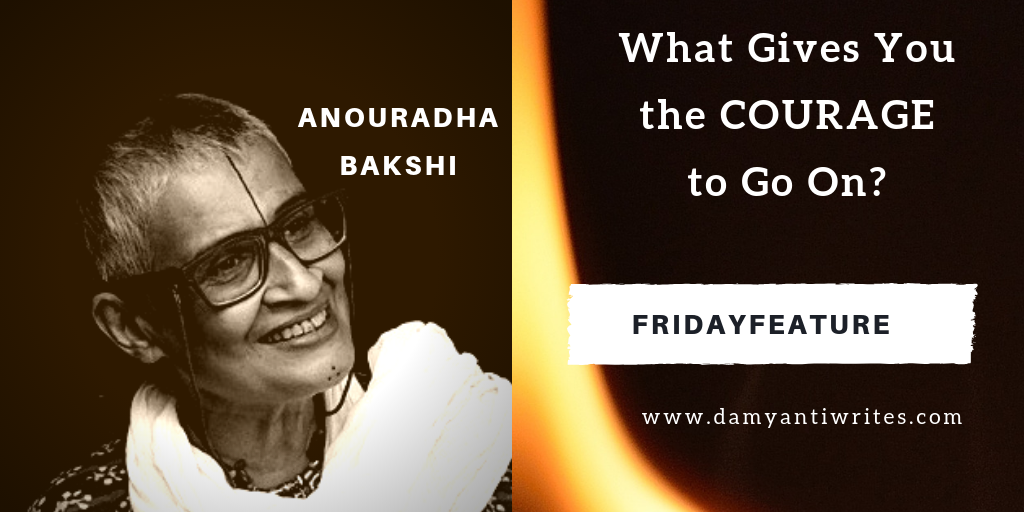 It takes courage to run a non-profit like Project WHY: Anouradha Bakshi does it with conviction, without taking recourse to any funding that would compromise the integrity of her mission: to support education among the underprivileged and do it in a way that empowers the community from within.

From April onwards, we’ll hear from her the second Friday of each month, for a Friday Feature–when she takes over Daily (w)rite to talk to you from the other side. 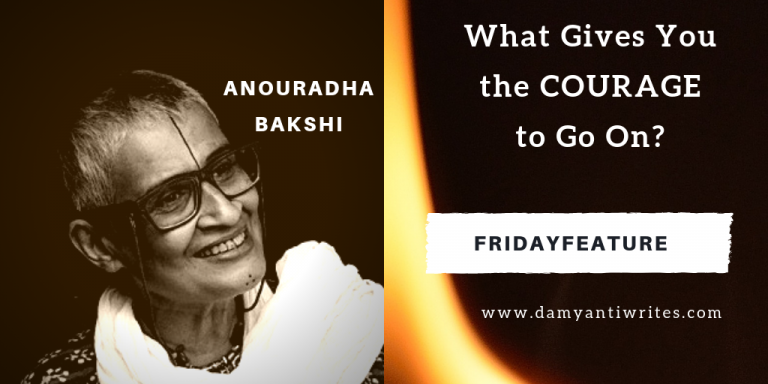 Once again I find myself at crossroads. I should be used to it by now as in the 20-year journey of Project Why, we have found ourselves at a crossroads many times, sometimes even at the edge of a precipice! But then each time a miracle, for want of a better world, has occurred and we have been given a new lease of life.

At times it has been a tiny message from the heavens above nudging me to not give up, like a little box of coins that found its way to me. The initial years of Project Why were high on expectations, it was as if nothing could stop us and somehow the heavens too conspired to make us believe that, as we grew from 40 to 1000 kids in four short years. Raising funds almost singlehandedly on a need-basis seemed to be the way to go and nothing could tamper the enthusiasm we all felt. It was as if we were invincible. There were problems, but we met them head on and carried on. Somehow the courage to continue never failed us.

Since then the need to attain the elusive sustainability has been on my mind more so because I feel responsible for all the people who make Project Why. I still remember the day when one of the success stories of Project WHY, and my ward, Utpal, at age 10 or 11 at that time came to me and said: you are old are you not, you will die one day, what happens to me when you die?

The truth always comes out of the mouth of children. I could only be reminded of St Exupery’s words: you become responsible for what you have tamed!

A few years back my husband was diagnosed with cancer. It was a true wake up call as the man had never been sick. Once again the responsibility of Project Why weighed heavy on my shoulders and I set out to free it from the loving stranglehold I had held it in. I gave more freedom to my team and they did me proud. I invited new members to join our Board and sought their help to raise funds.

With their help we found support for 50% of the Project and we felt we had achieved some stability as we have some long term donors who have been with us for years. Our excitement was short lived as we were told that the donation we had hoped would be long term was going to end and we are back at square one of a real life snake and ladders game!

Today I again find myself at the edge of precipice. If I do not come up with long term support I will be compelled to shut one or more of my centres, and thus let down the very ones I am responsible for. It is daunting and I must confess I lie awake many nights. 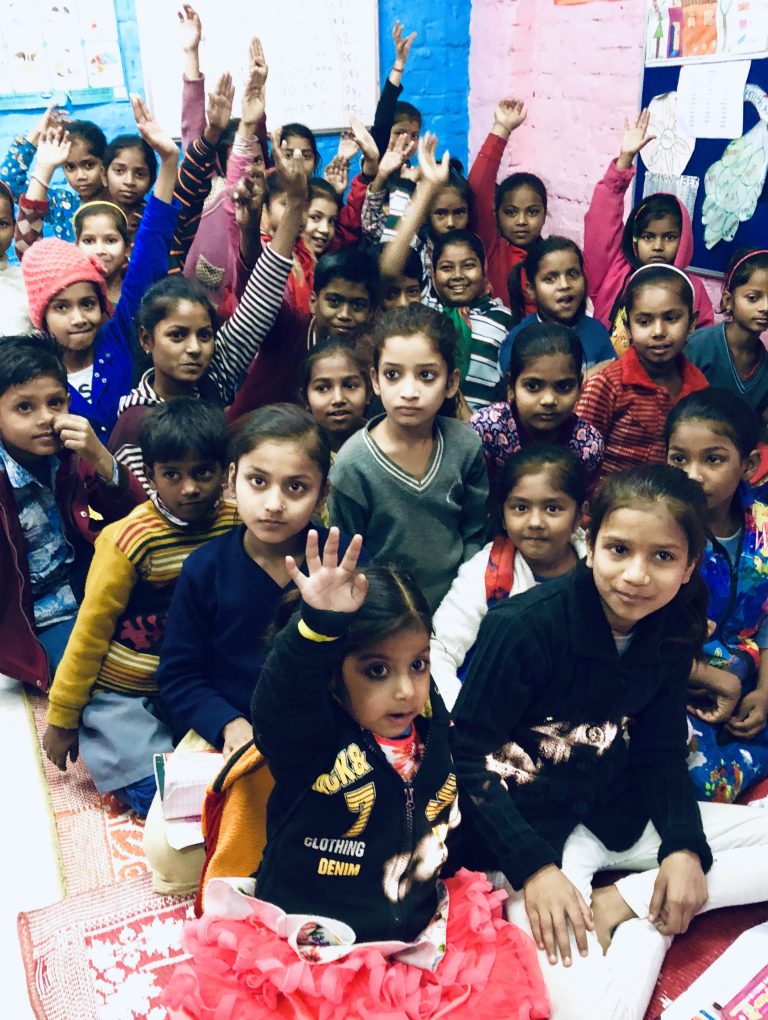 Kids at the Okhla Centre, Project WHY

But just as the little box of coins came to me some years back to nudge me not to give up, a  recent fundraiser organised by Damyanti has given us the much needed breather to pull up our socks and soldier on.

New friends have appeared on the horizons and I know they will spread the word for us. Our social media outreach is increasing, new institutions are being contacted and our board members are busy looking for options.

I also know that the heavens too are conjuring a miracle, and as Churchill said:  Success is not final, failure is not fatal: it is the courage to continue that counts.

We at Project Why must have the courage to continue!

What words of courage would you give Anouradha Bakshi? When at the edge of a precipice, what gave you the courage to go on? What does courage mean to you? When courage is in short supply, who do you turn to? 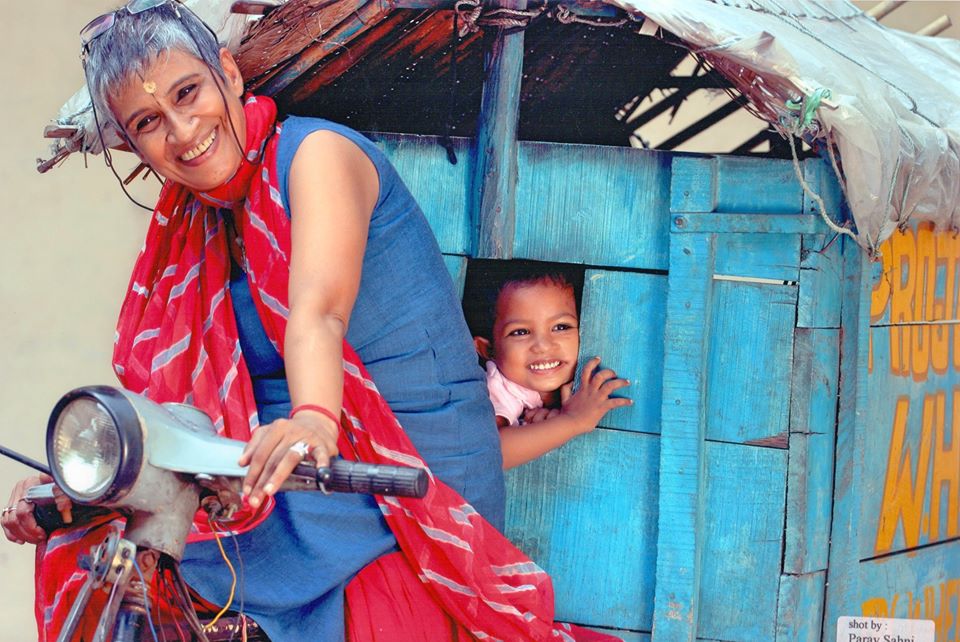 Anouradha Bakshi is the descendant of an indentured labour and a freedom fighter, and the daughter of a senior diplomat. She travelled the world before settling in India.

Please join Daily (w)rite on its Facebook Page in case you’d like to be heard by this community. If you liked this post, you can have posts delivered to your inbox. Subscribe via email by scrolling on the sidebar.