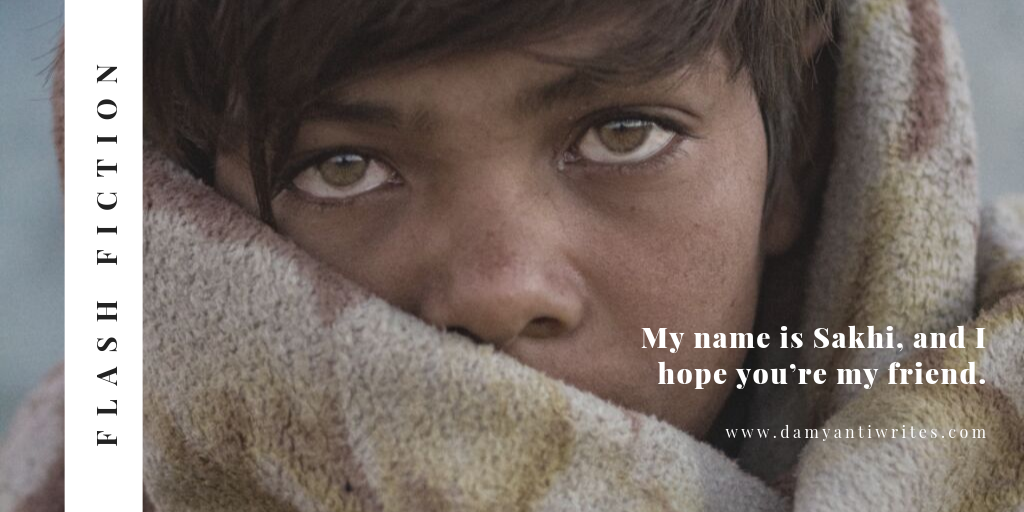 Chuck Wendig at Terrible Minds holds a flash fiction challenge each week, and today I thought I’ll give it a go. 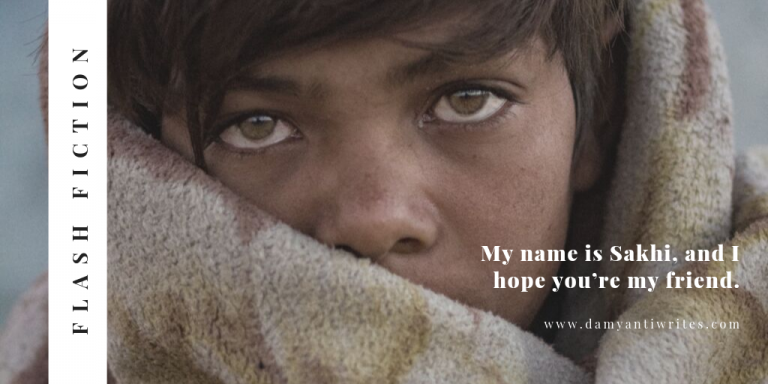 Interpret that as you see fit.

Any genre is apropos.

Here is my entry:

Sakhi lived with her father, mother, and six siblings in a section of a large drain pipe. This pipe lay in the middle of a road not far from one of the South Delhi’s richer neighborhoods. The drain carried no water. It began and ended nowhere, just like the lofty plans of water supply restructure after an year of sparse rains.

Sakhi’s father had staked his claim on that section of the drain by covering one of its ends with tarpaulin, and creating a makeshift door with a cardboard plank on the other. The family lived like hobbits in this windowless, cylindrical home, lulled to sleep by the sounds of traffic at night in the city of Indian dreams.

Their only visitors, social workers,  tried to coax the mother to give up begging and the father to give up rag-picking, then learn a craft at the worker’s centre and enroll the kids in school. They had an unfamiliar scent, these women. Sakhi had never taken a bath in clean water, or worn laundered clothes or perfume, so she did not like the way these women smelled. She paid as much mind to them as her parents did. Which is to say, not at all.

At six years old, she still needed a few inches to hit the roof of their home like her parents and older brother, and she wanted those inches more than anything else. The day her head touched the roof, she could go out on her own to the nearby traffic light, and tap at the black windows of the big cars,  one of her younger siblings on her arm, fake tears in her eyes. No more cooking, or looking after the younger ones, who seemed to live in order to crawl or toddle out of their home and straight into the traffic.

One morning, Sakhi’s mother came back, her eyes black with rage, screaming and knocking things around. She cuffed any child who came within her reach, which wasn’t hard given the amount of space they had to get away from her.

Sakhi grew desperate as all the kids and their mother bawled, the mother hurling insults at policemen, names Sakhi did not recognize, and men in general. She disappeared that night.

All Sakhi’s father would say in response to questions was, they got her, and they’ll get you too if you don’t shut up and mind yourself.

So Sakhi shut up and waited for her mother to return. A week passed and then another. The kids asked for their mother, and in her absence, latched on to Sakhi.

One night, Sakhi sat till late at the door,  a six-year old with enough worries to crush shoulders  ten times older. Her stomach demanded food, her arms and feet ached from chasing her siblings to sleep. She smelled rotting food from the dustbin across the road, and wondered if she should go scrounge for a piece of bread, or a half-finished bottle of coke somewhere among the piles.

Sakhi, said a voice next to her, girlish, soft. Sakhi turned, but saw no one.

Sakhi, you’ve got to listen to me, said the voice and then Sakhi saw her, a little girl with matted hair, not much older than her.

They got to me Sakhi, and they’ll get you too, said the girl.

And they got your mother, said a woman, stepping out of the dark. They got her, and she will be with us soon.

They got me too, piped up a tiny voice from that woman’s arms, and Sakhi saw a babe, her head impossibly small. They got me before I was born.

Sakhi stood up, her eyes wide under the faint streetlight, acting her age for the first time in years.

You will be lost like us, said another girl stepping out of the shadows, her face a grotesque mask. They threw a glass bulb full of acid on my face.

You must stop this, they said, their voices rising and falling in chorus, your name is Sakhi.

What does Sakhi mean? she asked.

Friend, best friend, girlfriend. You’re our friend, and so we come to warn you, the voices replied.

What can I do? said Sakhi, I’m only six years old.

But you’re alive, they said, go to your friends, and vanished.

The next morning, when the strange-smelling social worker came for her rounds, Sakhi walked up to the woman. She held the baby in her left arm, held the hand of one of the toddlers with her right, and let the other sister follow.

We’re coming with you, she said, my name is Sakhi, and I hope you are my friend.

Have you ever written flash fiction based on a prompt? Have you seen children like Sakhi?