Blogging was fun yesterday, hopping around blogs and reading snippets written by some seriously talented people, and guessing the character in their piece! It is interesting how different people saw the same character differently, and even more interestingly, I found I agreed almost ditto with some people’s images on certain characters!
For my character, (he doesn’t have a name yet, and suggestions welcome) here is the pic: 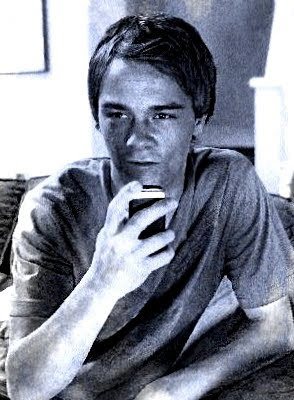 Of all the folks who lovely comments, I suppose Roland came the closest, though a lot of other descriptions made me want to change the picture, they were so intriguing!
Am adding the snippet here so it is easier to relate the picture to it:

Once you skin a cat, you realise it is skinner than a mouse really. Mom says it is bad to hurt any living thing, even worse to kill, but skinning a dead cat can’t be that bad, can it?

I like how the pelt comes off when I know when to stick Churi in the right place, just below the layer of fat, so the skin isn’t very dry. Those are the kind of things I’d like to learn, how to make sure the skin does not lose hair, how many times, how hard and where to hit so you can preserve the skin, no cuts.

But Mom says good boys learn different things: calculus, trigonometry, history of literature—those are the right choices. Then there’s biology and this year we begin dissection. I’m kind of looking forward to that. Besides, it would be fun to watch the girls faint and the boys throw up. They do that each year, I’m told.

Can’t understand why most people get so grossed out by death. After all, we’re all going to die some day. And underneath our skins, we’re all the same, grease, blood, bones, entrails. It disgusts me how proud some girls are of their packaging, making like they don’t have as much blood and gore and shit and fart inside them as the next person. All that brushing and combing, bathing and polishing and scenting, for what? Just to cover up your stuffing. If I ever got to skin one of them bitches, it would all pour out of them, all the messy gore and dirt. That would show them.

But their skins, ah, the skins can be a thing of beauty—their lines fanning out as they dry under the sun. Very soon they would be parchments, no smell, soft between my fingers. Maybe I could write on them. Now that would give tattoos a whole new meaning, wouldn’t it?

Thanks everyone for commenting, and sorry if I creeped you out.
I creeped myself out the first time this guy came into my head, and now he is all grown up, and a sushi chef, and as some of you have pointed out, a serial killer! He lives in my head and emerges in all sorts of writing exercises so I better finish the WIP and get him sorted out once and for all.
This has been such an awesome ride, a big thanks to our hostess Jen for thinking of such an absolutely brilliant idea for a Blogfest 😀