Who have You Influenced? Who has Influenced You? #WriteBravely

Readers of Daily (w)rite, if you’re here, please welcome Anouradha Bakshi, my friend, philosopher and touchstone for more than a decade. 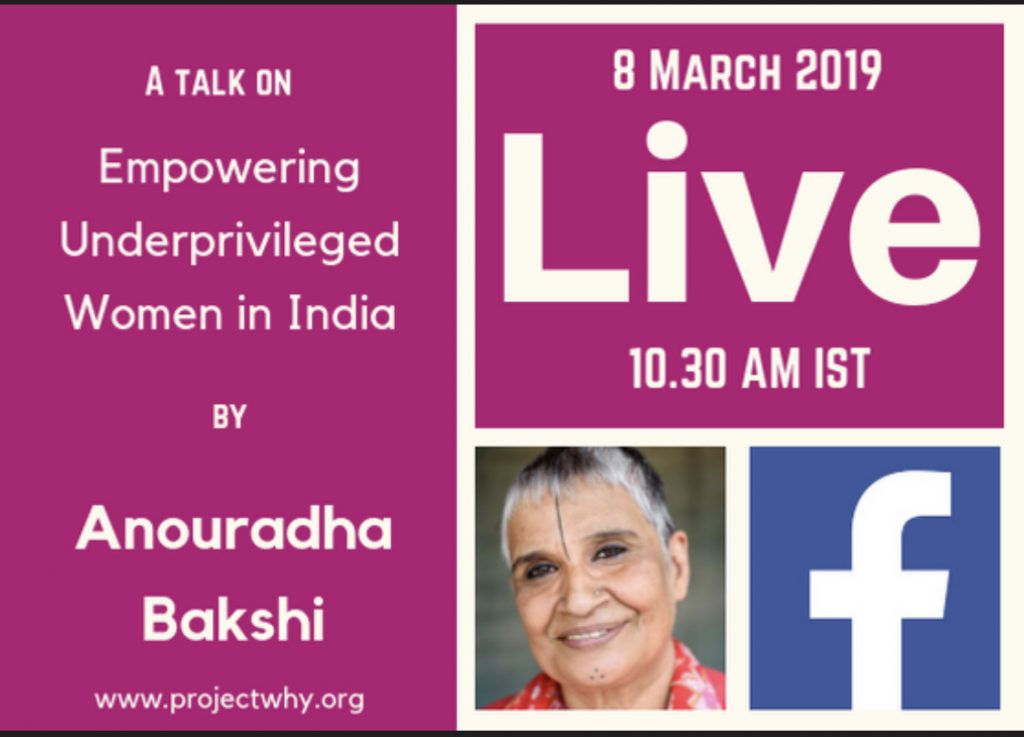 She runs Project WHY, a little non-profit with a large heart, in New Delhi. For this whole week, she’s taking over Daily (w)rite.

Please give her all the love and attention you usually give me, because she merits it far more than I ever will.

If you want to talk to her,  Anouradha Bakshi will go live on Facebook today at 10.30 AM IST, which translates to 7th March 9 PM Pacific time. Here’s the invite for the live, and here’s the page where you could chat with Anouradha Bakshi in real time. If you miss it, the page will have the live video for a while. 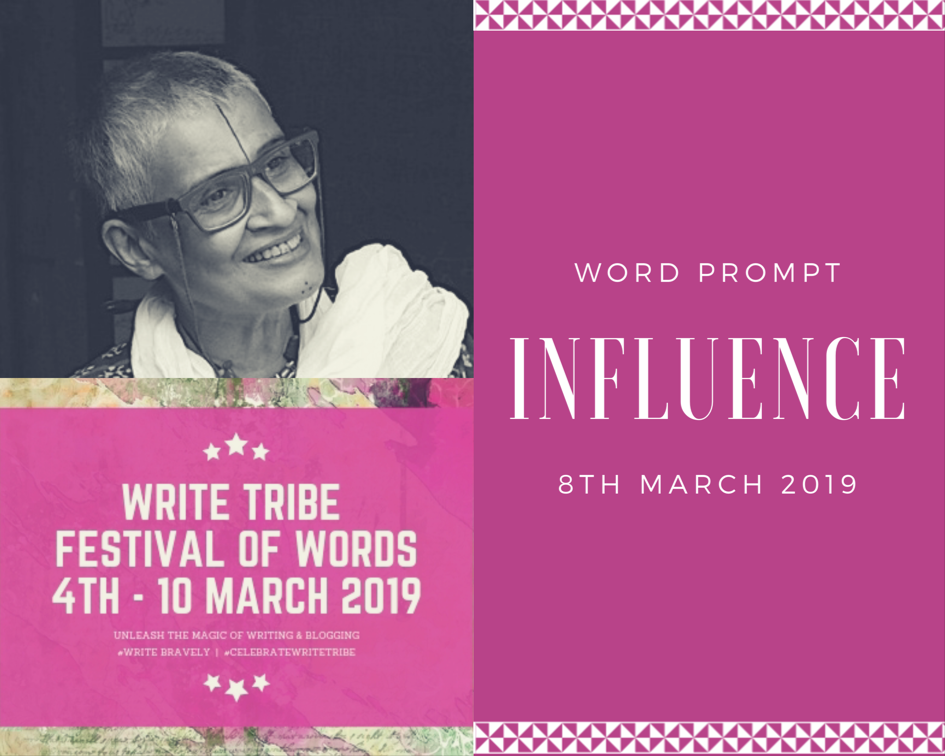 Influence is the power to have an effect on people. Parents, teachers, friends, mentors all influence us and make us change our ways but today I would like to share with you how we at Project Why have been able over the years to influence people and even change deep seated mindsets. It did not happen in a day. It took years of working, sometimes surreptitiously, leading by example.

Working in underprivileged communities is not easy for someone from the outside. These areas in urban cities like Delhi are a conglomeration of people from different parts of India, different caste and creed, and often have almost intransigent mindsets. Deciding at the very outset to employ the majority of the team from within the community was a big plus point, as they were the best people to help us understand the situation.

One of the first stumbling blocks we faced was the caste and creed issue.

Lunchtime at Project WHY

We realised that though people live next to each other there was very little interaction between them. Our first step was to select a team that included people from all castes and creed. The first encounter with such issues came in the early days. At Project Why we have lunch together. The lunch is cooked in-house and the team sits together to eat. The food is served by different team members according to a roster.

On ‘certain’ days ‘certain’ people did not eat lunch stating that they were on a fast or unwell. We soon discovered that this happened when people of a ‘certain’ caste served and those who abstained belonged to another. This was a deep mindset that had to be broken and I knew that it would not be done by lecturing or pontificating. The only way was to lead by example and eat everyday irrespective of who was serving. After some time we realised that those who abstained from eating were getting fewer by the day and soon everyone was eating happily. Not only that, meal times became a time were people bonded and soon neighbours starting inviting each other to their homes. The caste barrier that seemed impregnable had fallen. It had just been a matter of time and patience.

In early days, we needed to address religion too, because Project Why includes staff and children from diverse creed.

We decided to celebrate all festivals and have children or staff from one creed talk about the meaning of their festival to others. I remember the day when a volunteer from France celebrated Xmas at the Khader centre. She put up a Xmas tree, decorations, presents and got lots of cake. She talked about Xmas and its meaning and then we tried to draw parallels with other festivals. It was simple: you wore new clothes, you went to church, mosque or temple, you visited relatives and ate cake, sewaiyan or ladoos! It was all so easy. At Project Why we believe in the God of lesser beings.

Caste and religion bear no meaning at Project Why. We have dealt with them in our own way. 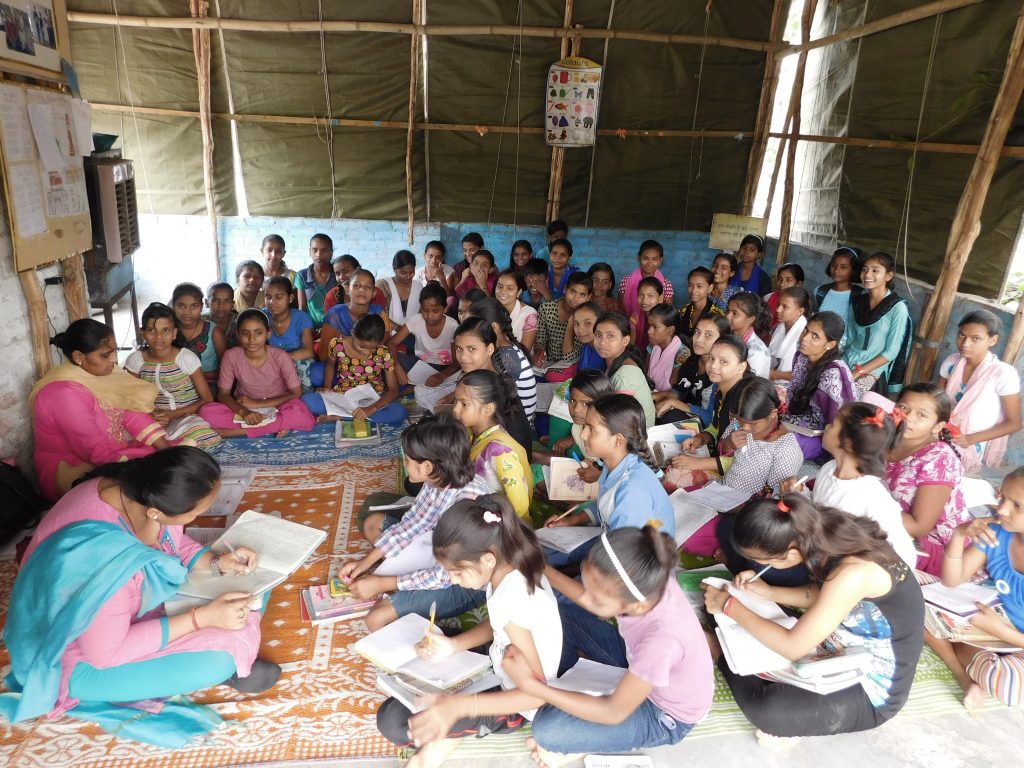 Girls students and teachers at Project WHY

The other mindset we worked with was gender. At the outset, we had in our ranks a male teacher who resented working under women, and Project Why was heavily woman-dominated. I was tolerated I guess because of my age, but my second in command then was a young French woman Nolwenn, who was rather authoritative and the said teacher was always at logger heads with her. It took some time for him to accept things but he eventually did!

The gender issue remains a challenge as most children come from patriarchal families, where girls are not given the same deal as their brothers. To address this we run regular gender sensitivity workshops and know that here again patience is the key. Project Why is a woman-friendly space and many of our girl students love coming to us as they feel free, and above all respected. We hope that our boys will slowly learn and take the message to their homes.

So in its own quiet way, Project Why is an agent of change. It has influenced many and brought about a slow but meaningful transformation within the community and this is something we are really proud of.

Who have you influenced? Who or what has been an influence upon you? What changes have you seen brought about in the communities you live in? Have you initiated any of these changes?

Anouradha Bakshi is the descendant of an indentured labour and a freedom fighter, and the daughter of a senior diplomat. She travelled the world before settling in India.

Did you like Anouradha’s posts? Here are her earlier posts on Forgive, Miracle, Serenity and Nurture.

Please join Daily (w)rite on its Facebook Page in case you’d like to be heard by this community. If you liked this post, you can have posts delivered to your inbox. Subscribe via email by scrolling on the sidebar.