It is NOT ethical of Indian Media to lobby 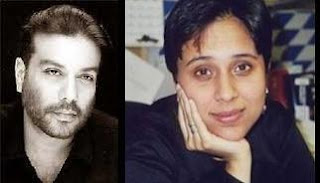 (To my lovely followers: this is a subject other than writing, but an issue in my country I’m into right now. Regular programming to continue after this. Thanks for your understanding.)

In response to this post by Professor Arindam Chaudhuri, I posted a comment, which I would like to put up as a brief post, in direct response to his views that It’s totally ethical of (Indian) media houses and journalists to lobby:

@font-face { font-family: “Cambria”; }p.MsoNormal, li.MsoNormal, div.MsoNormal { margin: 0cm 0cm 0.0001pt; font-size: 12pt; font-family: “Times New Roman”; }div.Section1 { page: Section1; } It is true that Barkha Dutt and Vir Sanghvi have been targeted, but in my opinion not unfairly so. Granted, they should not be the ONLY journalists to be targeted, nor should the political/ corporate scams be forgotten in the hoopla around the media scandal.
Lobbying could be made legal in India, and whether it should be is debatable, but it is not yet so.

Further, India is not the US, UK or Malaysia, so using their contexts to clarify a point about the Indian situation is invalid.
Journalists should confess to their bias, if they have one, like we have seen Swapan Dasgupta do, because at least then the viewer knows where the opinions are coming from. If journalists publicly confess to supporting a corporate or a politician and are able to provide a moral justification, that is another story.
It is not the story under discussion.

India is an emerging economy, and as such I think it is great that we are addressing the politics-corporate-media nexus at this juncture.
The MSM has done a great job in uncovering scams this year, which unfortunately for India have been too numerous ever since its independence. The scale of scams now is bigger, which is why it is crucial that the media uncovers them, and acts as the Watchdog, which, after all, is its role. No point in being a Lapdog instead and practicing Access Journalism, is there?
The media needs to be above suspicion, and nothing but ethical in a country where corrupt politicians and profit-hungry corporate houses are running rampant. Only then can MSM take the moral high ground.
Twitter may not be organized media, and a lot of the voices may be coming from personal/political agenda.

But Indian Twitterati has succeeded where Indian MSM has failed, it has cried foul and brought attention to wrongdoing, no matter by how revered a public figure, and forced the MSM to do some self-introspection.

You cannot deny that the introspection and debate at the Editor’s guild today was a healthy thing for the Indian media or the Indian people.