Jessica K. McKendry: From the Ashes Jessica K. McKendry is celebrating the publication of her first book, a fantasy, From the Ashes, by hosting From the Ashes Blogfest.

This is what it requires of the participants:

I’d rather not talk about my own trials on the blog, so I’ll post a small vignette about my character, Mau.

Cats do not make good pillows, but that was all the boy had– a cat he called Mau for a pillow, best friend, and family, on the streets of Mumbai.

A cat has skills, and
the boy had learned quite a few from Mau– how to move and when, where
to scrape a meal from, and what to leave well alone. He knew to pad
across the road when it was choked with traffic, to curl up on high
walls when threatened, to steal a nap in someone else’s ramshackle tent
on the footpath— close enough to people to earn a pat or morsel, but
far enough away to  bend into a run.

That evening when the
earth shook with noise, window panes on the office buildings shattered,
and the first sirens blared, the boy followed the other people of the
street, to see what was up. But he came back to Mau, who licked him up,
perhaps to warn him off the curiosity that killed cats.

That night, when people had run, holding each other, some bleeding, the others bent and wailing, when the sirens had dulled into a lulling song–
the people in the tent behind which boy and cat shacked up for the
night dwindled their chatter about bomb blasts, and fell asleep.

Sometime at dawn, the
earth shook again, startling them awake, and all was sound and pain and
darkness for a while, from which Mau emerged unhurt. But the boy did
not. It did not matter how much he had learned from the cat, how hard he
tried.

Mau had nine lives after all, the boy but one. 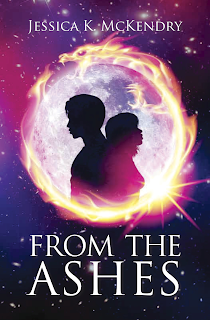 Jaina Indera has been preparing her entire life for the
chance to prove herself a superior and loyal citizen of the Imperial
Alliance. In order to do so, she believes she must win the galaxy-wide
competition known as the Trials. With training at her Gifted School
progressing swiftly, everything looks like it is on pace for her to
achieve her dream…until a boy named Dragon enrolls in her class.
Suddenly doubting herself and
everything she’s been taught to believe, Jaina and Dragon are teamed
with six of their classmates for the chance to compete and achieve their
dream: winning the Trials. Consisting of four different tests, the
Trials are about to challenge these eight young adults to the limits of
their abilities. But learning to work as a team is more difficult than
they ever imagined and dark secrets from Dragon’s past emerge that put
them in mortal danger. Now Jaina must discover what she’s really
fighting for if she and her team have any hope of finishing the
Trials…alive.
Exploring the nature of
self-reliance and self-confidence, McKendry delivers a perceptive,
nuanced portrait of the importance of teamwork and the strain it puts on
individual desires and motivations. Playing with the concepts of dark
and light, her novel is a complex coming of age story that encapsulates
the complicated hero’s journey from student to leader. A dark tale of
love and revenge, From the Ashes is a powerful reminder to think for
yourself instead of blindly following what you’ve been taught to
believe.
——

What sort of ashes has your fictional character risen from? Care to share about your experiences of adversity and overcoming them?
The excerpt on Mau was written as part of A to Z April Blogging Challenge last year. I’m co-hosting it again this year — and hoping that the numbers would be bigger than last year. Is your name on the list?