What Life Lessons has Your Work Taught You about People? 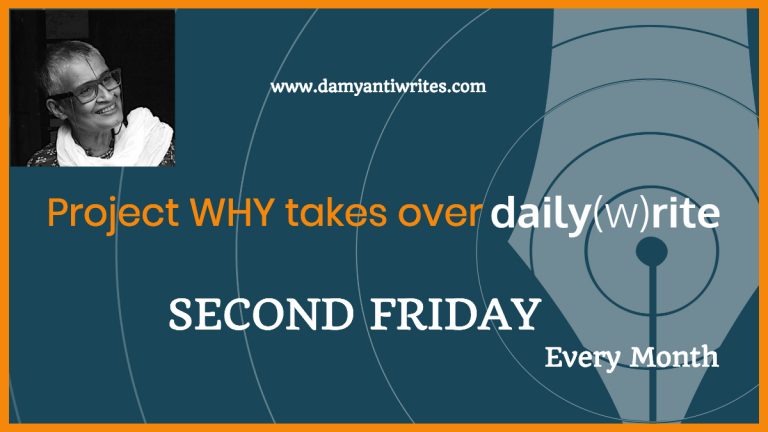 It takes courage to run a non-profit like Project WHY: Anouradha Bakshi does it with conviction, without taking recourse to any funding that would compromise the integrity of her mission: to support education among the underprivileged and do it in a way that empowers the community from within.

When I decided to set up a not-for-profit in the memory of my parents and to pay a debt I felt I owed my country as I had lived an extremely privileged life, I had already worn several hats and interacted with people from diverse origins and status. Having been a professor, an interpreter, a social secretary amongst other things I had rubbed shoulders with a wide variety of souls and thought I was well versed in human nature! I could not have imagined how wrong I was and how taking one tiny step across an invisible line would change things forever. 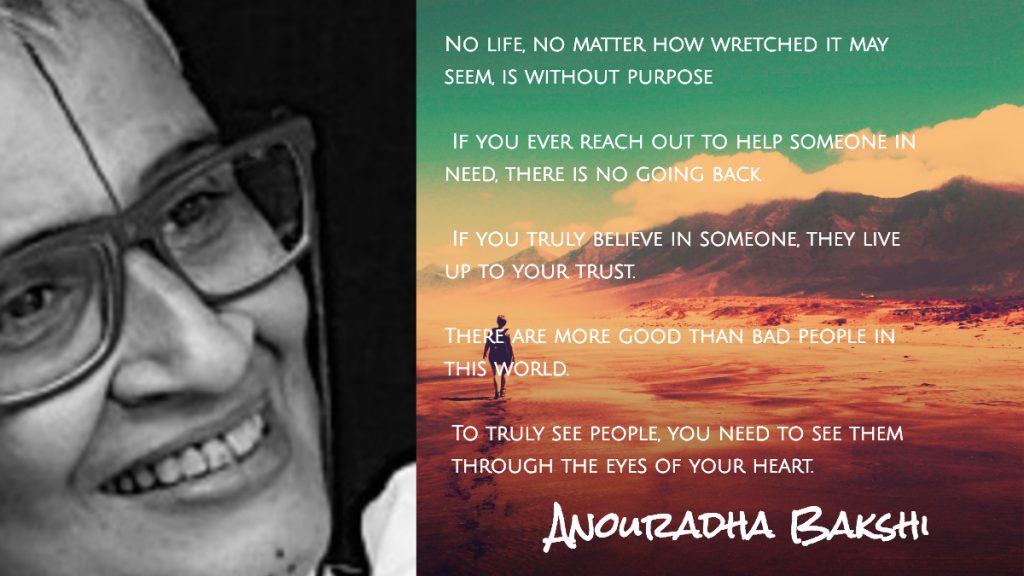 Today, with two decades of Project Why under my skin, I feel I am competent to look back at the lessons that came my way after my fifth decade.

Damyanti suggested I write about the 5 things that Project Why taught me about people. This is something I had never thought of so it is a journey of self discovery I share with you. 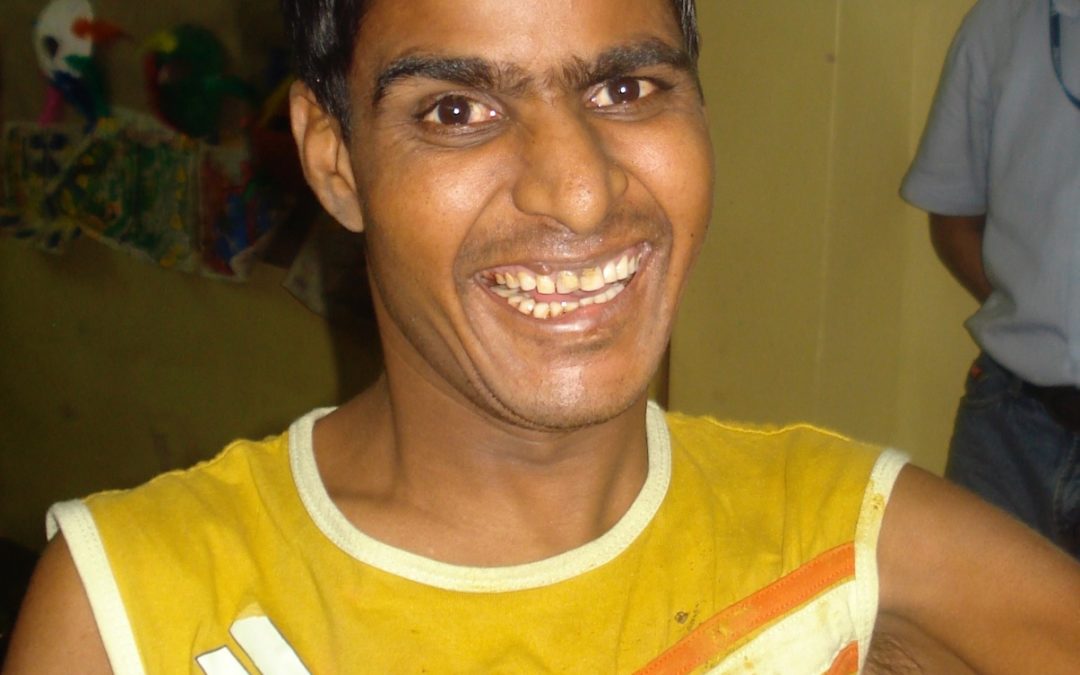 The first ‘people’ that comes to mind when I think about Project Why is undoubtedly Manu. I have said it many times but repeat it again: if not for Manu there may have not been Project Why. The lesson he taught me was to never say die, but more than, that that no life, no matter how wretched it may seem, is without purpose. Every life has a meaning and needs to be respected and celebrated. Manu’s was to see I set up Project Why. To most Manu would simply be an annoying mentally and physically challenged beggar, but to me he was my inspiration, my mirror and the one who showed me the way. He taught me to respect every human being that came my way.

The next life lesson that Project Why taught me about people was that if you ever reach out to help someone in need, there is no going back. It is a one way street. No one taught me this lesson more than my darling Utpal. When I reached out to save him from his third degree burns and allowed him to walk into my heart, I never knew it was a till death

do us part deal. I had thought that I could heal his wounds and help his family look after him, maybe pay his school fees and be present when needed. That was not to be. Utpal became my foster child and today as I build my new home there is a room for him. This is also a lesson I follow for Project Why. No matter how difficult things are, there is no going back. My inner most desire is to see Project Why live beyond me. 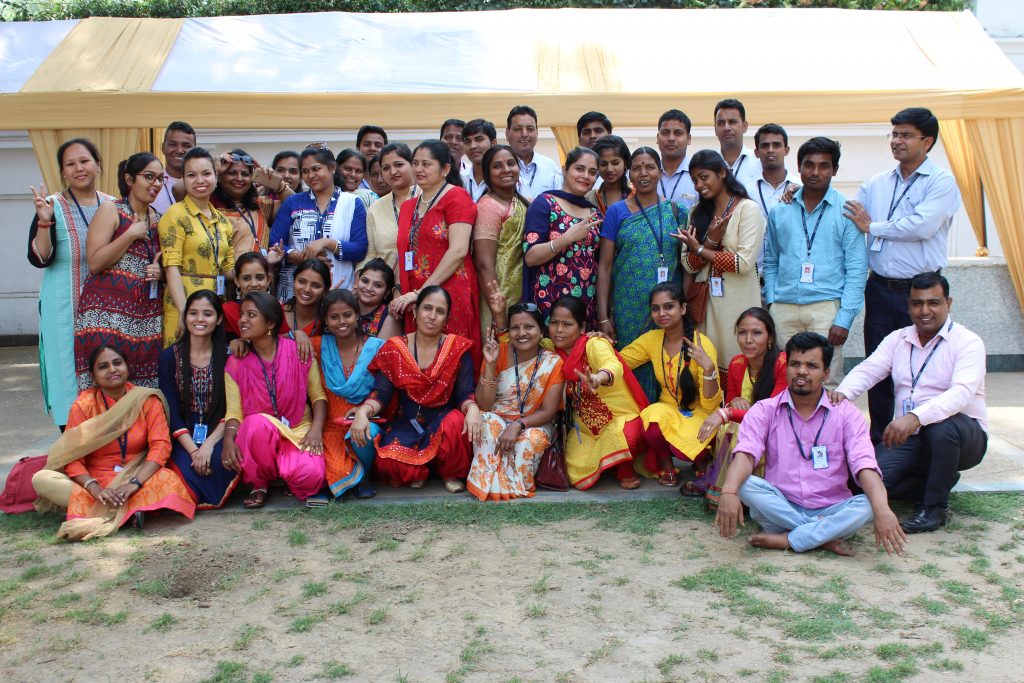 Another life lesson Project Why taught me about people is that if you truly believe in someone, they live up to your trust more that 100%! This was proved to me in ample measure by the wonderful team I picked up from the community. Everyone warned me that it would be an impossible task but I instinctively knew that I was making the right decision. And though none of them had the degrees and diplomas, the profile and experience each one has done me proud and never made me regret my decision. I simply had to make them believe that I trusted them and the rest was history.

Project Why taught me also taught me that there is more good than bad in this world, that values like compassion and generosity exist in ample measure in most people and simply need to be encouraged. The way to do it is to be brutally honest and candid. One of the most beautiful things Project Why created is a wonderful net

work of souls from the world over and of all ages who have reached out to help and support Project Why. All I had to do was to tell my story from the heart and me, the only child, the orphan, got the most incredibly beautiful and supportive family and was smothered in so much love that it will take me many lives to pay back.

And last but maybe not the least Project Why taught me things I never knew existed  about another ‘people,’ and that is me. The reclusive, almost hermit-like person I had become after losing my parents, the person who ran away from numbers and could not even balance her home budget, the person who could never ask for the money that she was owed became almost an extrovert, even gregarious, and began asking for help unabashedly for the children she had decided to make hers.

I wonder what is it that made me change the way I looked at things and once again I find myself thinking of St Exupery and his Little Prince. Maybe my life too has been a voyage across planets each more bewildering than the other, and Project Why was the one where the maxim of the Fox was truly validated. It is only with the heart that one can see rightly; what is essential is invisible to the eye. To truly see people, you need to see them through the eyes of your heart.

What life lessons has your work taught you about people? Do you think there are more good people than bad people on this earth? Has someone reached out to help you when you were in need? Have you helped someone in need? have people lived up to your trust?

Anouradha is the descendant of an indentured labour and a freedom fighter, and the daughter of a senior diplomat. She travelled the world before settling in India.