On Writing, Plagiarism, and Performance 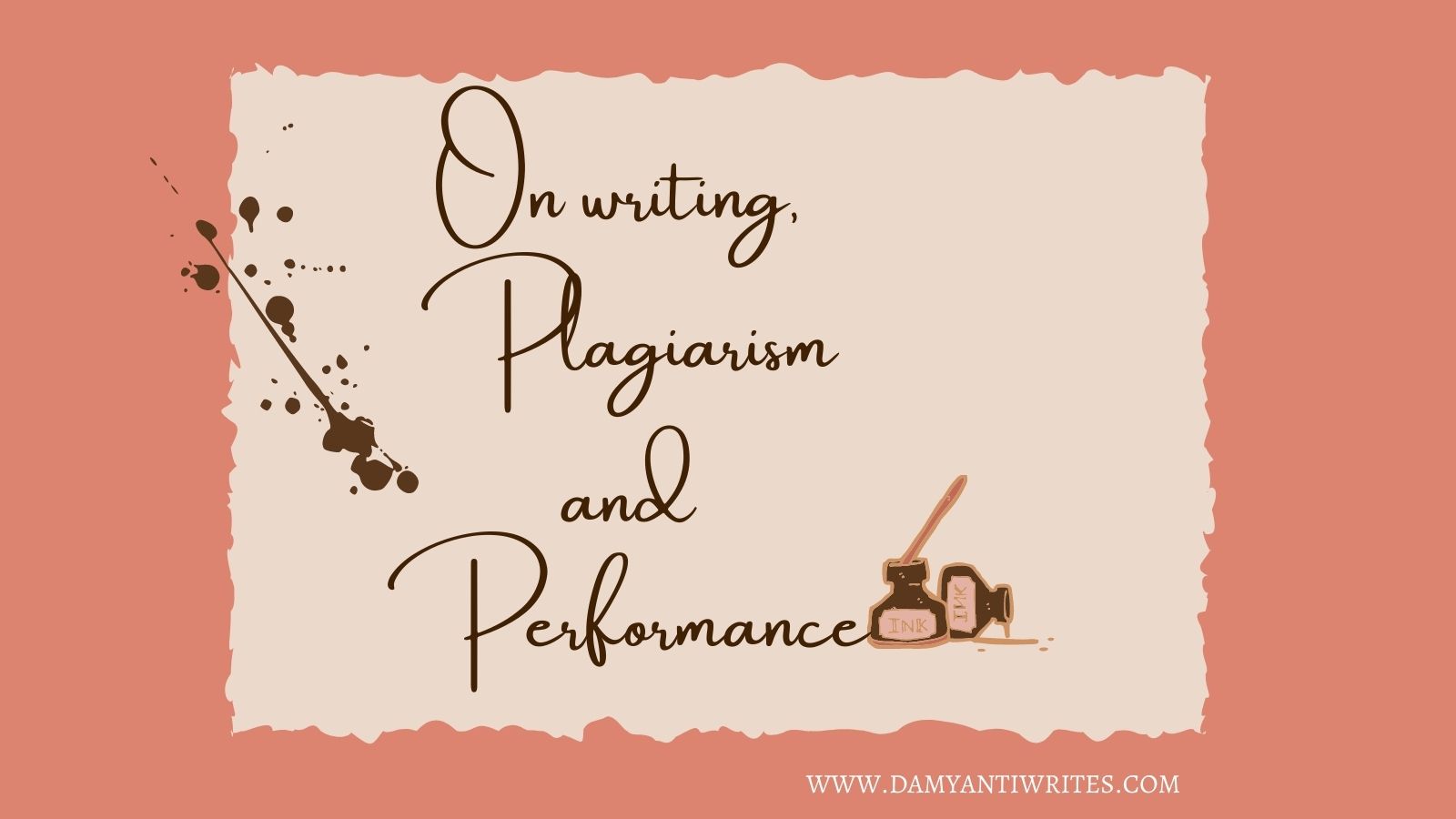 The writing life, as I say often, is not for sissies. I read this article in the Guardian today:

“An author’s online essay on why she used plagiarized material in a novel pulled earlier this year has itself been removed after editors found she had again lifted material.

Jumi Bello’s “I Plagiarized Parts of My Debut Novel. Here’s Why” appeared just briefly Monday on Lithub. Bello’s debut novel, “The Leaving,” had been scheduled to come out in July, but was canceled in February by Riverhead Books.

Earlier this morning Lit Hub published a very personal essay by Jumi Bello about her experience writing a debut novel, her struggles with severe mental illness, the self-imposed pressures a young writer can feel to publish, and her own acts of plagiarism,” the publication announced. “Because of inconsistencies in the story and, crucially, a further incident of plagiarism in the published piece, we decided to pull the essay.”

Astonishing as the whole situation is, it made me think of more nuances than appear at first glance. Yes, this is a clear-cut case of plagiarism, which is wrong. Bello’s methodology, where she copies portions of others’ work, planning to change the language later, is flawed, and bound to lead to inadvertent plagiarism at best.

It is worth noting, though, that the plagiarism of her novel was self-reported. That the author is marginalized, and has mental health issues. That other, non-marginalized, authors haven’t got the same flak for plagiarism.

The magazine is a fantastic outlet, but could they have done a plagiarism check before the article was published? Was there room for compassion for a writer who has already confessed to plagiarism, speaks of mental health issues, and had ended up also plagiarizing the account of her plagiarism? Depends on who you ask.

All I can say as an author who has written on deadline is that the pressure is immense. For marginalized writers, it multiplies. I have often told myself I have to be five times as good as the next person in order to access the same opportunities. May or may not be currently true, but that’s where my subconscious is at.

Plagiarism is never the solution, but incidents like this should open up discussions on how traditional publishing is run. About the entrenched inequities. About how not having a good advocate, or mentor, can let you down. About how a writer can flail on their own, and be forced to keep quiet in the face of injustice that can range from delayed or absent payments, all the way to lack of editorial and marketing support.

I’ve been in a position of relative privilege throughout, having not needed the money from writing (a husband able to support us both, and being child-free) in order to survive, but very few writers have that.

Absolutely, Bello’s actions of plagiarism deserve condemnation. Having had this blog scraped multiple times, I know how it feels to be at the other end of this. In fact, Bello herself started off that process of condemning herself. I would make a case for more shades of gray, more discussion of what ails the system, and for having an exchange on the current system rather a one-way flagellation of a writer who isn’t even defending herself.

What do you think of the pressures of the writing life? Should there be compassion for someone who has confessed to plagiarism and suffers from mental health issues? Have you heard of other cases of plagiarism and how they were handled?