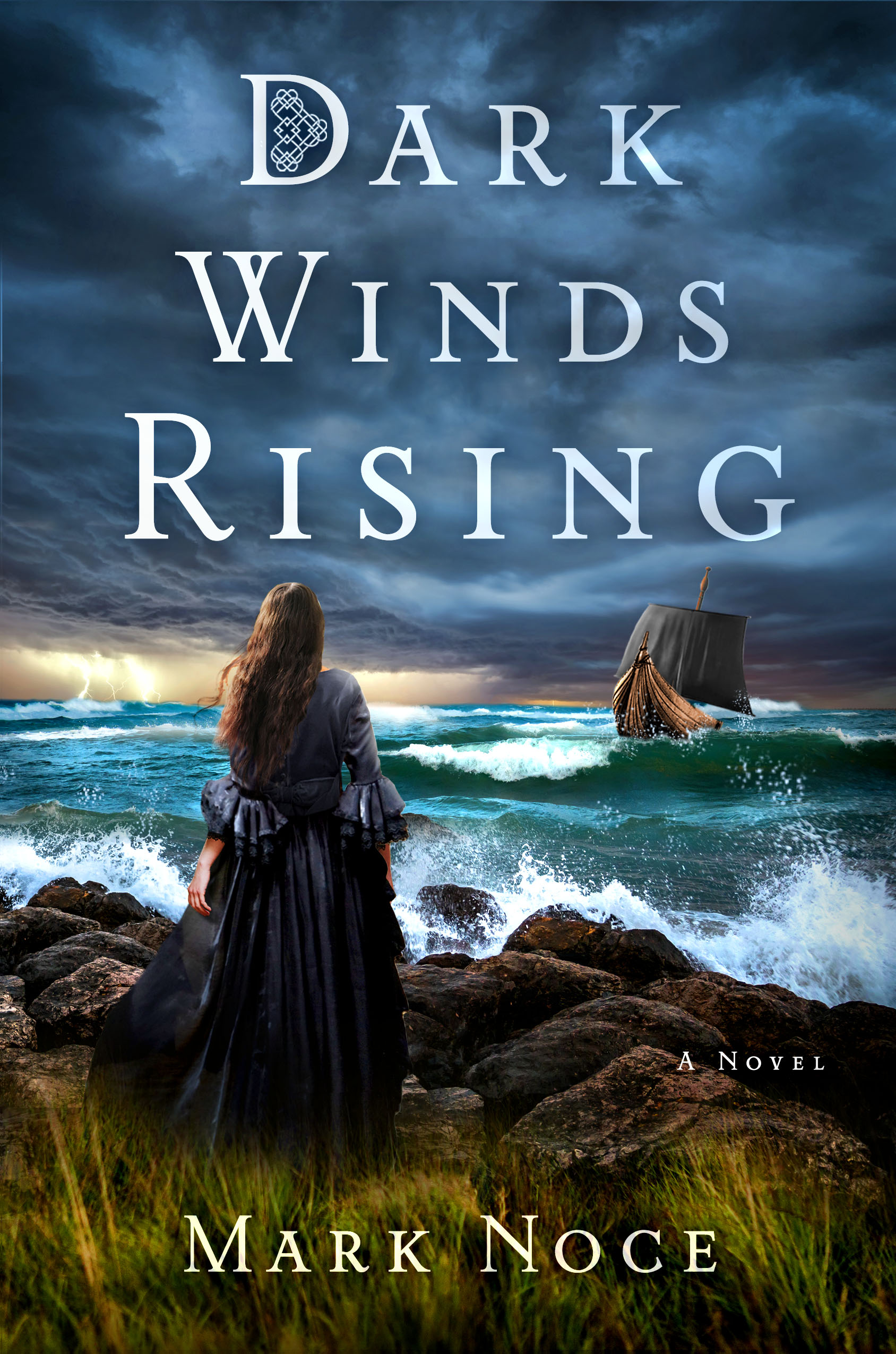 Here on Daily (w)rite, as part of the guest post series, it is my absolute pleasure today to welcome Mark Noce, an author of historical fiction, who has appeared before on this blog. Today he talks about his second novel as a traditionally published author.

Take it away, Mark! Thanks for having me here today! My second novel, Dark Winds Rising, has just come out with St. Martin’s Press (& Macmillan), and I’m thrilled to share it with all of you today! The second installment in my Queen Branwen Series, my book is about a young Queen named Branwen who struggles to save her family and her kingdom from the Saxons and the Picts in early medieval Wales.

It’s actually been quite a long journey to get here, publishing my second book with St. Martin’s. I was recently chatting with another author friend of mine who is submitting her work to agents and so I thought I’d share some of my goings on as I publish book number two, and just how much is involved even when you’ve got some publication “credentials” to fall back on.

The name of the game is patience. Patience and persistence.

For both Between Two Fires and Dark Winds Rising, I actually wrote the first draft for each novel about two-and-a-half years before they became published.
Yes, you read that right. And that was after I had my agent and signed with a major publisher.

So what took so long, you might ask? Well, honestly, it’s a lot of waiting. Publishers move at their own pace and have a lot of other books they’re publishing at the same time, so many months can go by before they’re ready to advance to the next step with your book.

Also, publishing dates get pushed back because of outside forces you cannot control. I even had to change the original title of my sequel, although that ended up being a good thing in the end.

Still, I frequently force myself to take a good dose of patience as I persevere in my continuing writing career. Ideally, I’d love it if a book I wrote today could get on the bookshelves tomorrow, but the larger apparatus of the publishing industry ultimately has the final say. So it’s a compromise.

Even if it’s not all roses, there are certainly unexpected triumphs that arise along the path to publication.

I’ve often spoken at a library, bookstore, school, or book club about my novel, only to find out that one of the attendees is actually affiliated with some organization that would like to hear more about my novel. This has led me to talking annually at the San Francisco Writer’s Conference and the Authors on the Move fundraiser in Sacramento each year. It’s kind of funny how often I end up making speeches, when I thought the job of a writer was simply to put words on paper. So I’m still learning as I go.

I could go on and on, but I hope that this tidbit has been helpful by giving you a glimpse into how the larger publishing houses work. Below is a brief blurb about Dark Winds Rising and some praise from fellow authors.

Queen Branwen finds her world once again turned upside down as Pictish raiders harry the shores of her kingdom. Rallying her people once more, she must face her most dangerous foe yet, the Queen of the Picts. Ruthless and cunning, the Pictish Queen turns the Welsh against each other in a bloody civil war, and Branwen must attempt to stop her before her country threatens to tear itself apart. All the while Branwen is heavy with child, and finds her young son’s footsteps dogged by a mysterious assassin. Branwen must somehow defeat the Picts and save her people before the Pictish Queen and a mysterious assassin threaten to destroy their lives from the inside out.

Praise for Dark Winds Rising and the Queen Branwen Series…

“Dark Winds Rising is a strong follow-up to Between Two Fires. Mark Noce strikes just the right balance between history and imagination in this compelling story.” ―Juliet Marillier, award-winning author of the Blackthorn & Grim series Mark writes historical fiction with a passion. Born and raised in the San Francisco Bay Area, he’s an avid traveler and backpacker, particularly in Europe and North America. He earned his BA and MA from Cal Poly, San Luis Obispo. By day, he works as a technical writer, having spent much of his career at places like Google and Facebook. To learn more his other upcoming publications, check out his Books section.

Are you a reader, a writer, or both?  Do you read more short stories or novels? Are a self-published or traditionally published author? What are the pros and cons of indie and traditional publishing, according to you?

Do you like historical fiction? Have you read Mark’s work before? As a reader or writer, do you have questions for Mark Noce? This post was written for the IWSG. Thanks to Alex J. Cavanaugh for organizing and hosting the Insecure Writer’s Support Group (IWSG) every month! Go to the site to see the other participants. In this group we writers share tips, self-doubt, insecurities, and of course, discuss the act of writing. If you’re a writer and a blogger, go join rightaway! Co-hosts this month are: Julie Flanders, Shannon Lawrence, Fundy Blue, and Heather Gardner!

Please join Daily (w)rite on its Facebook Page in case you’d like to be heard by this community. If you liked this post, you can have posts delivered to your inbox: SUBSCRIBE VIA EMAIL , please.