What are You Reading Today? Here are a Few #Fridayreads 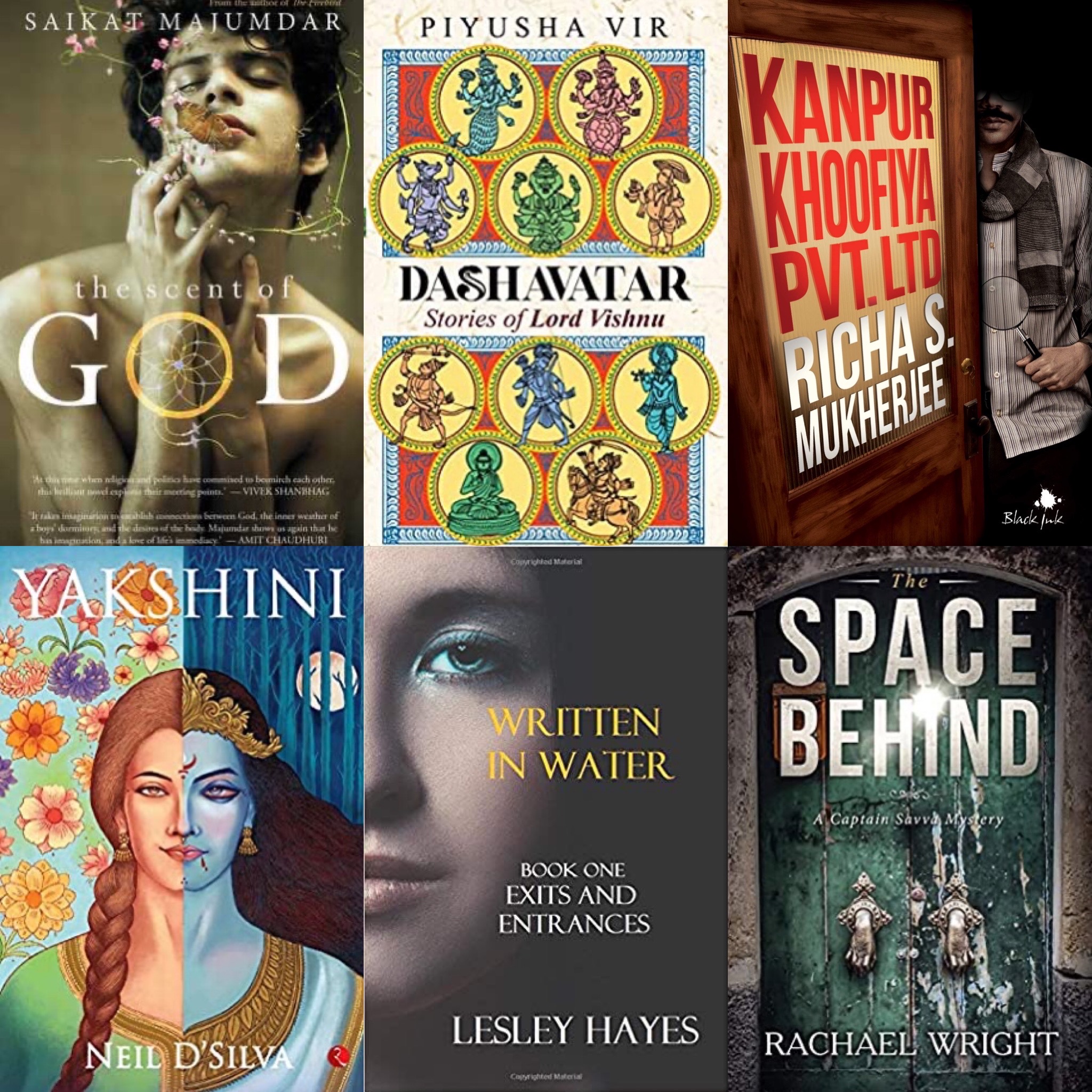 Reading is rejuvenation. Now that I’m done with a round of edits on my next novel, time to take stock of a few books.

We always talk about bestsellers, we sometimes talk about books based on how much marketing it has received, and that’s only natural. So many books are published every single day, and it is hard to keep track. I find it useful to bring into focus the books in my immediate field of vision, so today, I’d like to mention a few for you to consider for this weekend.

They’re from varied genre, and just look at those intriguing covers!

Here’s a snippet about each–please check them out (click on the titles to know more):

The Scent of God by Saikat Majumdar

The novel is set in an elite all-boys boarding school in late 20th century India, run by a Hindu monastic order—where things are not how they seem. While Anirvan dreams of becoming a monk, he also finds himself drawn to a fellow student. “What is the meaning of monastic celibacy?” And what will give the boys “a life together in a world that does not recognize their kind of love?”

Did you know that each avatar of Vishnu arrived with a specific purpose? Time and again, Vishnu has manifested in different forms to fulfil his role as a ‘protector’ of the world. Among the long list of 24 avatars, ten avatars have captured our imagination for centuries together—matsya, Kurma, Varaha, Narasimha, Vamana, Parshuram, Rama, Krishna, Buddha, and Kalki. But how exactly did these avatars impact the society? And how do they link to the Charles Darwin theory of evolution? While each avatar has its own set of legends that extoll their characteristics and deeds, the stories behind them are just as interesting and informative. Presented in a contemporary and unbiased perspective, these stories of the ten avatars of Vishnu are an attempt to make mythology more believable and relevant to the world that we live in today.

Meet Mr Prachand Tripathi, private investigator and owner of Kanpur Khoofiya Pvt Ltd. Accustomed to tracking down missing pets and cheating lovers, he is about to have his world change completely when a new case requires him to tail actress Shailaja Kapoor. What seems like a simple request turns into a dramatic dive into her murky past, wading through which is not going to be easy. Or safe. Soon Prachand and his wife, and partner against crime, Vidya, fall under the glare of the police as Shailaja Kapoor is abducted right before their eyes. Now he must put his skills to the test before they become victims at the end of a dark and dangerous game.

Halfway to the heavens, in a realm hidden by clouds, a divine beauty—a Yakshini—is facing a sentence for her folly. Down on Earth, a couple in Maharashtra is expecting their seventh child and is performing a special yajna to fulfil their desires. By a strange quirk of fate, these two distinctly different lives are soon to be intertwined.

The Space Behind by Rachael Wright

Alexandros Savva is still reeling from the shock that his daughter’s murderer and rapist has returned to Lesvos and now works alongside his wife aiding Syrian refugees. Pain and anger have brought him to the bottom of a bottle more than once. In the midst of his personal upheaval and savva’s ongoing private crusade against international human trafficking agent Anthony Goldstein, Lesvos’ wealthiest resident dies in what appears to be a suicide.
As Savva follows the trail of sinister deeds and buried vices, something far more dire lies just beyond the horizon, something he can’t foresee or stop.

Exits and Entrances (Written in Water #1) by Lesley Hayes

The swinging sixties – a time of peace, love, violence, and revolution. In 1962, as the Cold War erupts in sudden crisis over Cuba, Cordelia, Beatrice and Rosalind are fourteen. Dubbed by their English teacher the three witches from Macbeth, they have already recognised one another as outsiders, with no idea that their alliance will turn out to be a lifelong friendship. Their personalities and choices lead them along very different paths, but they never lose the strong thread of their connection. Through the passions, disappointments, losses and triumphs of their lives the trilogy of novels follows them through the years, reflecting the many changes that have taken place for women over six decades. Exits and Entrances chronicles the eventful era between 1962 and 1972 as they grow from girls into women.

If you’re a reader of fantasy and paranormal, love witches and magic, I’d also ask you to check out this mega-giveaway of some fab books: hardback and paperbacks!

What books have you read lately? Would you like to recommend an author or their work? What has reading been like for you in these covid times? Have you read any of these books already? What’s on your reading table right now?