A Teacher Who Walks into His Classroom on His Hands #WATWB 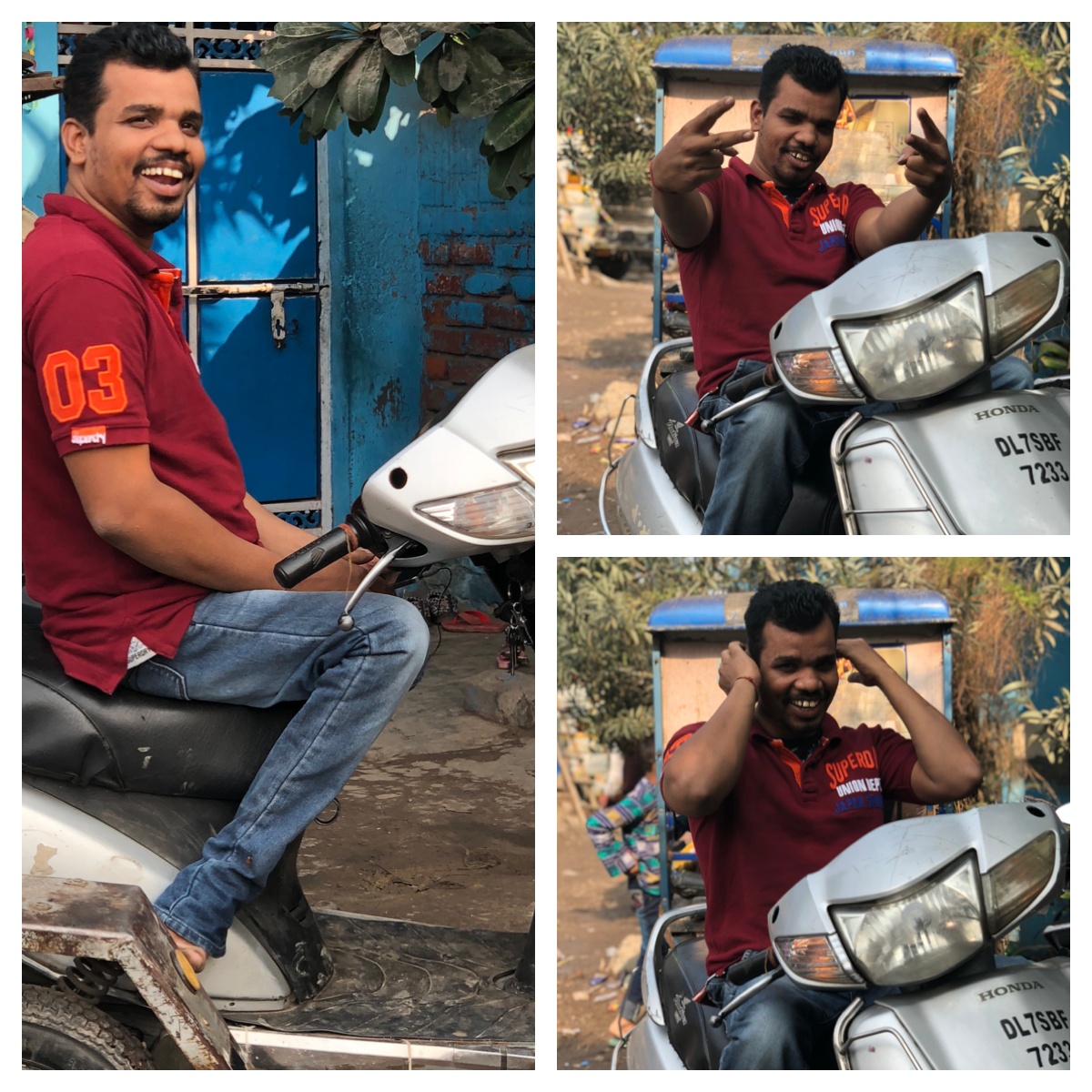 Mithu Mandal, posing on the scooter customised to his special needs by his brother

My story on this 20th edition of WATWB is from Project WHY (an organization I’ve blogged about, often) and its protagonist is Mithu Mandal, the computer teacher at Project Why Okhla Center.

I’d seen Mithu earlier, but it was last November that I got to speak to him at length.

I’ve  watched many episodes of Ted talks and often come across inspirational videos on social media, but Mithu was my first real experience of the extreme resilience of the human spirit.

Mithu lost both his legs to polio when he was three, but he doesn’t use crutches, preferring to negotiate the world on his hands. 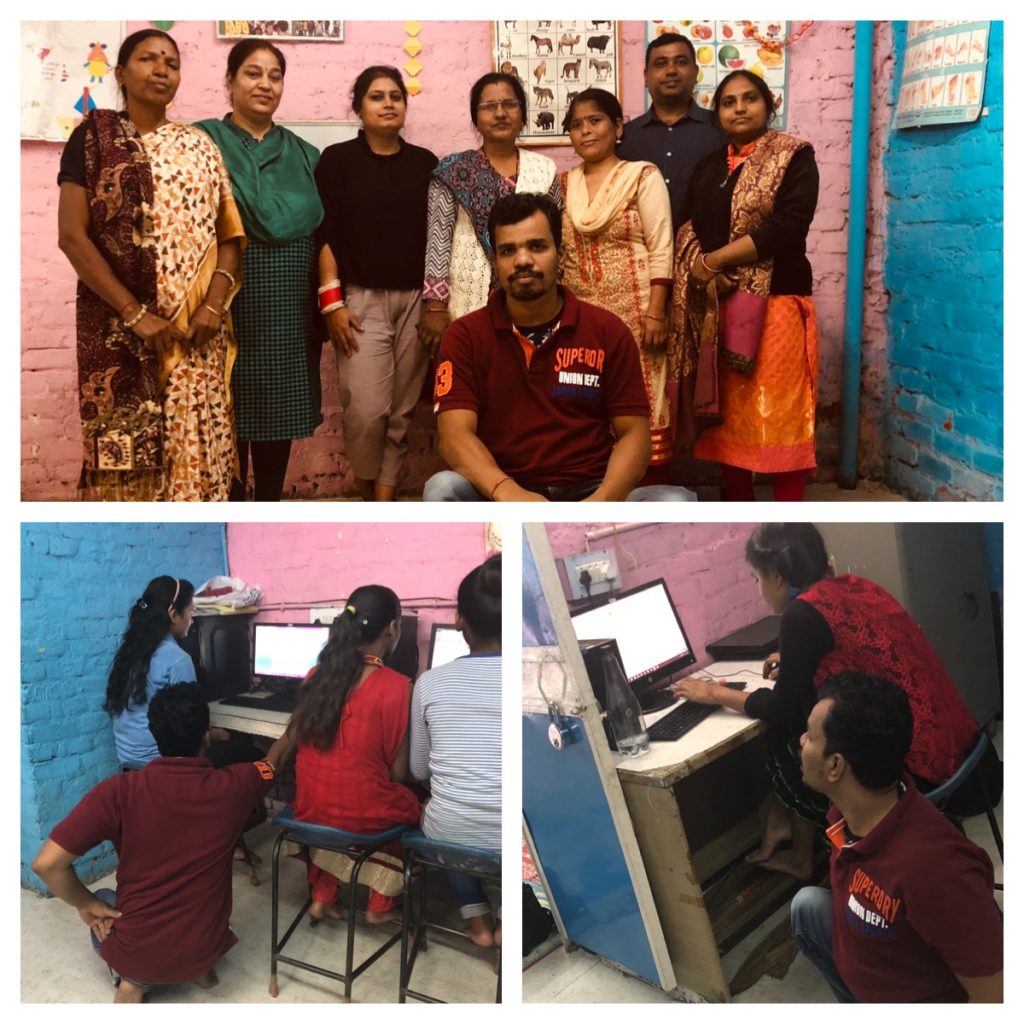 Mithu with his colleagues, and teaching in his classroom

He cracks jokes, teases his colleagues, offers them lifts home on a scooter cutomized to his needs by his brother. His students sit on chairs with computers in front of them while Mithu the teacher stays on the floor, yet remains in complete command of the classroom. He climbs trees, hops on and off chairs, plays cricket and other sports, and describes it all with a casual abandon: ye toh normal si baat hai–this is just a normal affair, don’t go making a big deal of it. 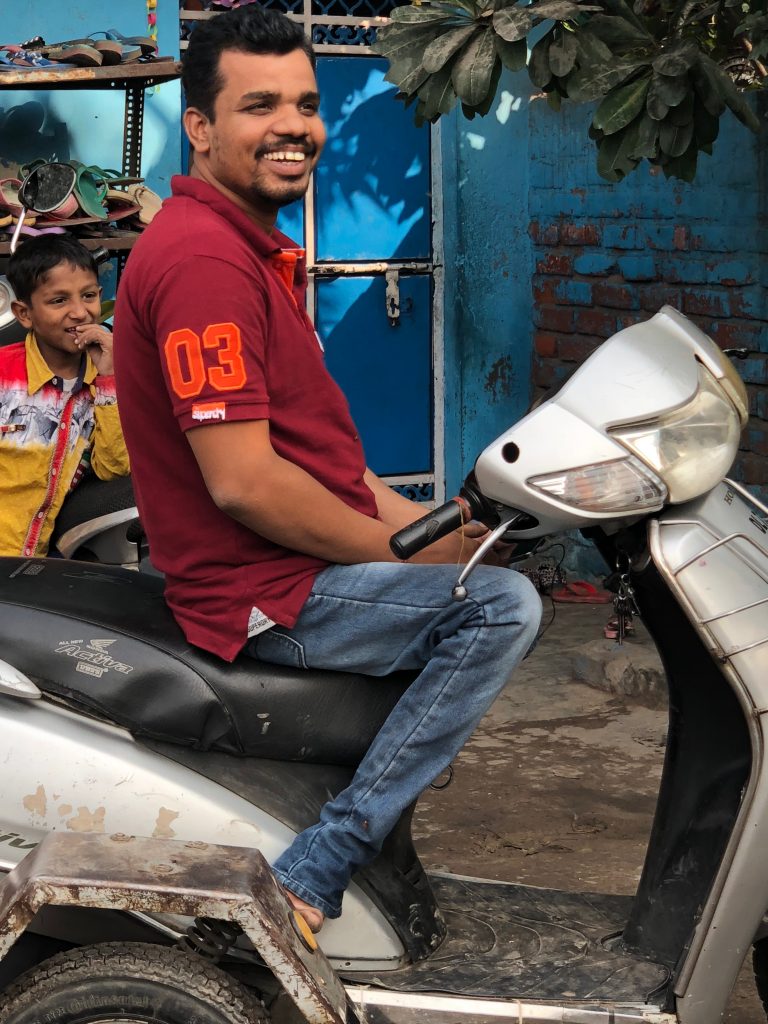 Three minutes with him, you forget he has a disability, and laugh at his jokes. When I said I wanted to interview him on camera, he grinned and gave a waggle of his eyebrows, “Hold on, let me go set my hair.”

Not only was he articulate, positive and cheerful, but quite the show-off while posing for the lens. And there I was, all my limbs intact, with my education and my privileged life , but with a fraction of his smiles, and the joy that fair pours off him at times.

The center he teaches at might soon close its doors due to lack of funds, and this will not only leave Mithu without a job, but also break up the wonderful place that has become a second home to him.

The Project WHY Okhla education center started off in 2004 to address the problems of a vulnerable group of children who were targeted by drug and other mafias. Space wasn’t easy to find and the only option was a space near a garbage dump. It was ‘reclaimed’ and classes began under a plastic sheet held by bamboo poles. The center is the result of hard work from its staff and founders, who have faced everything from littering, to assault from criminal elements in order to keep it running all these years.

Today, the Okhla center has a stable structure, and Mithu runs its computer program. It helps retain children in school, offering primary and secondary education along with the computer classes. The center is an important component of the neighborhood: it keeps crime, drugs and negative elements at bay and replaces them with education and employment.

Starting next week, I hope to help Mithu Mandal raise funds for the Project WHY center in Okhla.

Last November, some of the Daily (w)rite family got together to blog and raise funds for their sewing circle, and I was thrilled and grateful to see contributions coming in from India, the US, the UK and other parts of the world.

I’m hoping we can all come together this February (the shortest month of the year neatly bisected by the day that celebrates love) and bring it home for Mithu Mandal the computer teacher, his colleagues, and the kids he teaches.

Please help donate a small amount, and share the fundraiser in your social media  ( #HelpMithuSaveSchool ), to help Mithu reach his goal!

Donate to Help Mithu Save His School Fundraiser

Have you met people like Mithu Mandal in your daily life? How did they make you feel?

Would you support Mithu’s quest to save the Project WHY Okhla center where he works?

If you would like to support this teacher with a small donation or help spread the word about him through your blog or social media, leave a word in the comments, and I’ll inform you once the fundraiser goes live.

This post was the 20th installment of the monthly We Are the World Blogfest: I’d like to invite you to join, if you haven’t as yet, to post

The co-hosts for this month are: Shilpa Garg,  Sylvia Stein, Simon Falk, Inderpreet Uppal and yours truly.

Here’s a sampler of this blogfest. Click here to know more. Sign up here and add your bit of cheer to the world on the next installment of February 22, 2018!

Please join Daily (w)rite on its Facebook Page in case you’d like to be heard by this community. If you liked this post, you can have posts delivered to your inbox by subscribing via email.