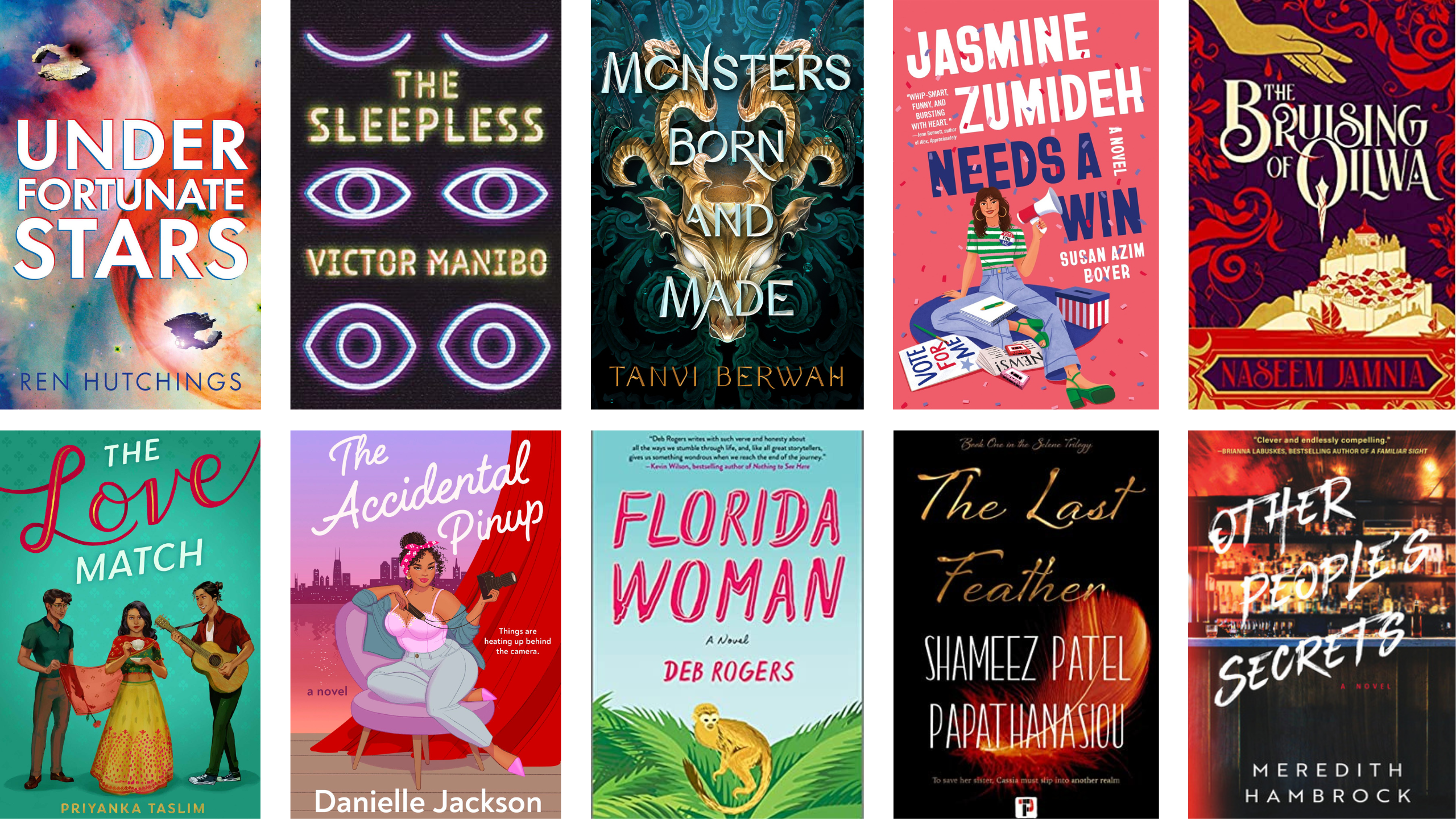 You only debut once, one of my mentors had told me. I took that to heart and worked very hard on my own debut. It has left me with a great appreciation of all the new authors who bring their first books into the world, with trepidation, and hope.

Here are a few debut books that you need to look up. Some are already out, and others you can pre-order. All are absolutely worth your time. 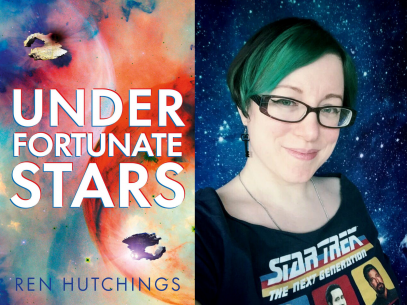 UNDER FORTUNATE STARS by Ren Hutchings:

“This debut of Ren Hutchings is thrilling and hilarious. Science fiction may not be my go-to genre, but this book definitely got me hooked.”

Fleeing the final days of the generations-long war with the alien Felen, smuggler Jereth Keeven’s freighter the Jonah breaks down in a strange rift in deep space, with little chance of rescue—until they encounter the research vessel Gallion, which claims to be from 152 years in the future… Read More. 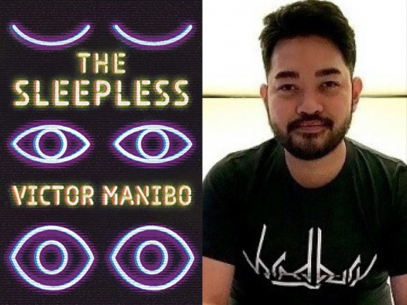 THE SLEEPLESS by Victor Manibo:

“A beautiful speculative fiction with a strong case of ‘who done it’ and queer characters. It is definitely a book you want to pick if you love Sci-Fi with a completely different kick”

A mysterious outbreak robs certain people of their ability to sleep, creating a new class that is feared and ostracized—but also able to capitalize on the extra hours to earn more money. Jamie Vega, a reporter by day and hobby collector by night, discovers a new obsession when his boss commits suicide. He wants to know why. And in the process he uncovers a startling truth about what it means to be Sleepless… Read More. 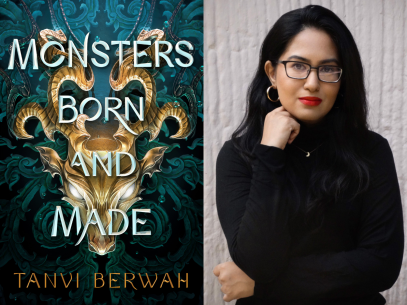 MONSTERS BORN AND MADE by Tanvi Berwah:

“Dark Fantasy Fiction anyone? This is the book you might want to pick and read. The twists and turns keep you on edge. This book may very well be a handbook to life and how unexpected things can get (written from a perspective of fantasy).”

In an oceanic world swarming with vicious beasts, the Landers―the ruling elite, have indentured Koral’s family to provide the maristags for the Glory Race, a deadly chariot tournament reserved for the upper class. The winning contender receives gold and glory. The others―if they’re lucky―survive… Read More. 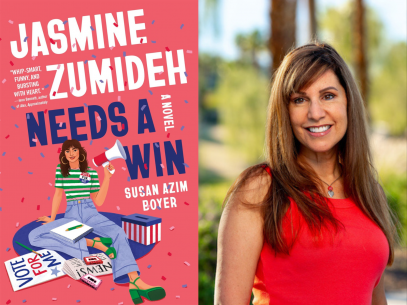 “A humorous, coming-of-age novel that simply sucks you into the 80s era of drama, fun and tears.”

It’s 1979, and Jasmine Zumideh is ready to get the heck out of her stale, Southern California suburb and into her dream school, NYU, where she’ll major in journalism and cover New York City’s exploding music scene… Read More. 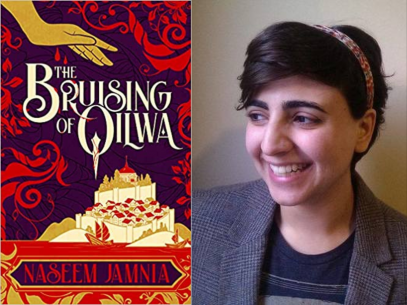 THE BRUISING OF QILWA by Naseem Jamnia:

“If I had to describe this book in a word, I’d simply say “magical”. Naseem Jamnia just nailed the magic with beautifully woven threads of medicine and life in this story. If you want an immersive experience as a reader, this book is right up your alley.” 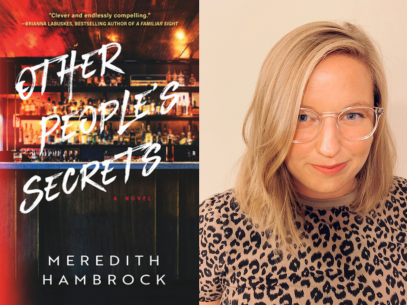 OTHER PEOPLE’S SECRETS by Meredith Hambrock:

“A dark, grimy and engaging tale that kept me reading late into the night, Other People’s Secrets is cinematic enough to warrant a TV series some day.”

Baby’s heart is in the right place, but she’s got problems—namely, a fierce taste for booze and an on-again, off-again boyfriend who can’t commit. She’s living and working at Oakwood Hills, a crumbling lakeside resort, with her friends, Crystal Nugget and DJ Overalls, reeling since her adoptive mom died of a stroke. And now, the return of the local drug kingpin, Bad Mike, is about to throw her already unstable summer into full-blown chaos… Read More. 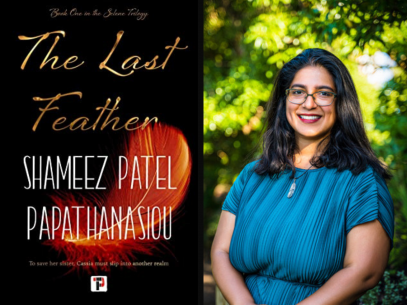 “Shameez has definitely taken time to develop the characters in this book so well. The plotline is action packed and grips your attention. If you love fantasy, mystery and magic then this debut is definitely a must read.”

Twenty-two-year-old Cassia’s sister is dying, and she doesn’t know why. Cassia wakes up in another realm to find her missing best friend, Lucas, who knows how to save her sister. Lucas is part of a community of Reborns, people who were born on earth and after death, were reborn in this realm with magical abilities. The original beings of the realm, the Firsts, rule over them… Read More. 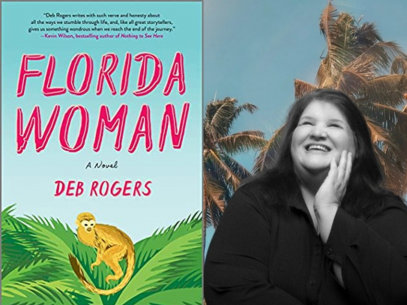 “The writing is delicious, and while I rooted for Jamie, had very mixed feelings about the three women who run the center (and couldn’t help but be drawn in by the twist-filled, cultish narrative), it is the evocative setting and that kept me hooked.”

Something sinister stirs in the palmetto woods, and secrets lurk among the three beguiling women who run the refuge and affectionately take Jamie under their wing for the summer. She hears the distant screams of monkeys each night, the staff forgo food in the name of sacrifice, and the land, which has long been abandoned by local farmers and resort developers, now proves to be dangerously, relentlessly untamed… Read More. 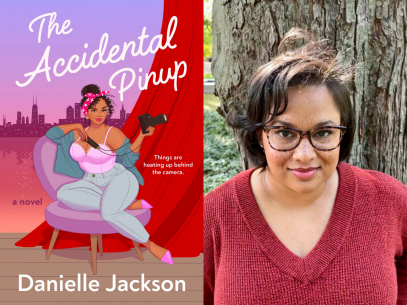 THE ACCIDENTAL PINUP by Danielle Jackson:

“A romantic set up in the world of photography, modeling and more. This debut novel has taken body-positivity to a whole new level. If you enjoy the current, glamorous, female protagonist oriented stories, this should  definitely be on your TBR List!”

Though she’s never modeled herself, Cassie’s pretty sure she can handle the sheer underwear and caution tape bralettes. She’s not sure she can work so intimately with the chosen photographer, her long-time competitor in the Chicago photography scene, Reid Montgomery. Their chemistry is undeniable on set, however, and feelings can develop faster than film… Read More. 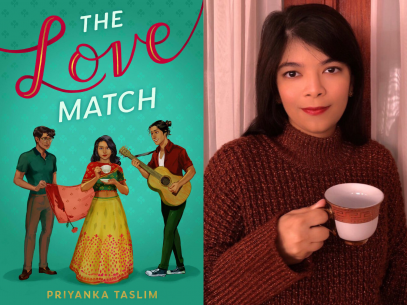 THE LOVE MATCH by Priyanka Taslim:

“Although this story was of a Bangladeshi Princess set in America. I felt a very Indian connection when it came to the culture and mothers in this story. This romantic novel leaves you rooting for Zahra to navigate her way through all this chaos.”

Zahra Khan is basically Bangladeshi royalty, but being a princess doesn’t pay the bills in Paterson, New Jersey. While Zahra’s plans for financial security this summer involve working long hours at Chai Ho and saving up for college writing courses, Amma is convinced that all Zahra needs is a “good match,” Jane Austen style… Read More.

As a reader, which debut book grabbed your attention? If you’re a writer, would you like to share your experience of a your debut publication or plans?