What Does External Validation Mean to You? 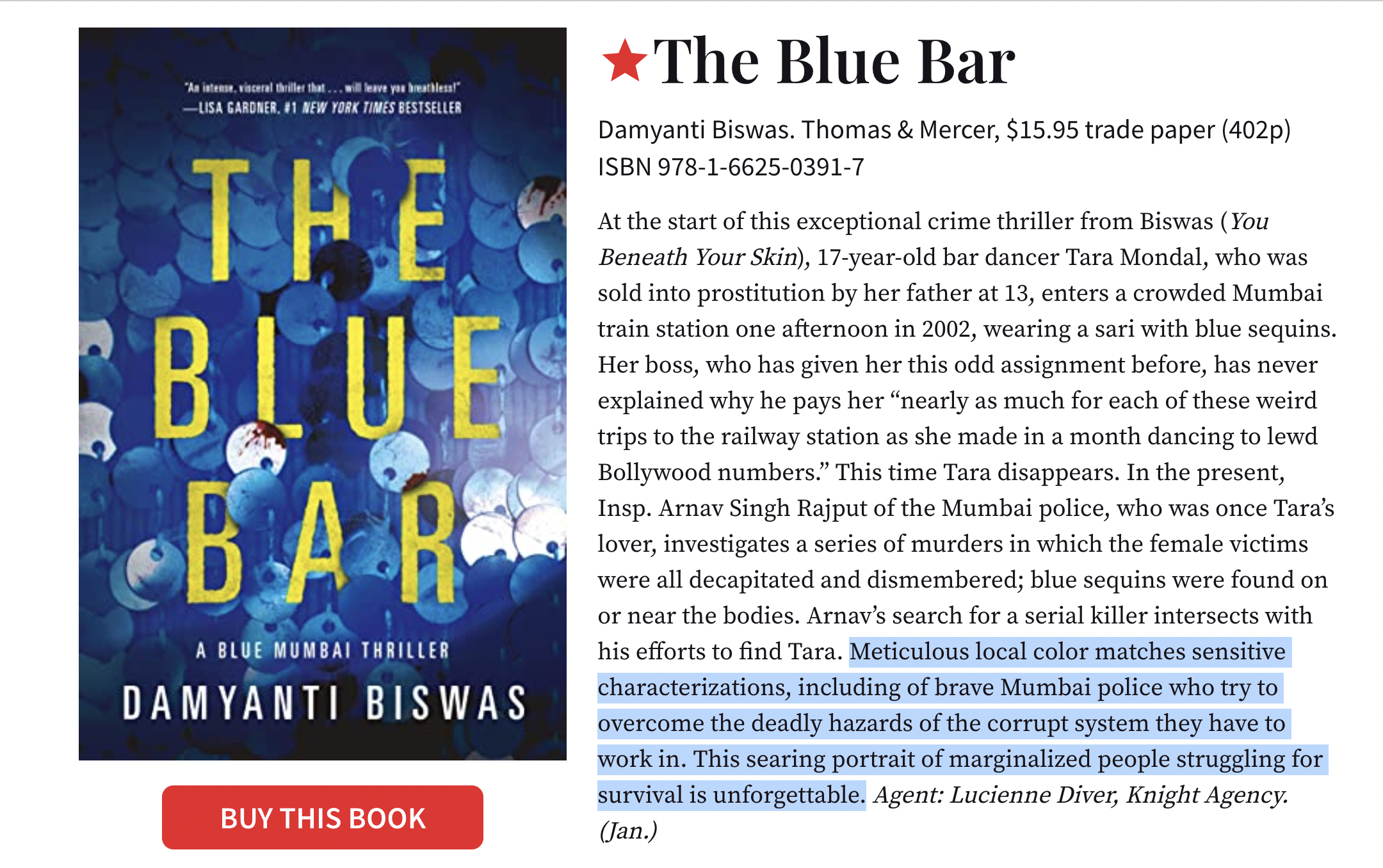 Meticulous local color matches sensitive characterizations, including of brave Mumbai police who try to overcome the deadly hazards of the corrupt system they have to work in. This searing portrait of marginalized people struggling for survival is unforgettable.

Which, according to my multiple-bestselling friends, is unusually good, because Publisher’s Weekly is apparently a tough crowd, and the reviewers are not always kind. Starred Reviews with complimentary lines help convince booksellers and librarians of the merits of a book, and if you’re in publishing, you want those people impressed.
I’ve looked them up and while Starred Reviews don’t ensure bestsellerdom or awards for a book, they are a step in the right direction.
The thing about validation is that it wears off so much faster than a criticism, because your self-doubt tells you you don’t deserve that star. So a part of me is ready for the trough that comes after the crest.
But like a good friend told me–in publishing, the triumphs are very few and far between, so we must gather what validation we can, and use it to help with the next bit of writing.
So as I work on The Blue Bar sequel, I’m going to take my friend’s advice: celebrate the moment, and use this floaty, cosy feeling, this assurance of safety, to do some good for my chapters.
In the end, the best validation is internal. That moment when you finish a chapter the way you hadn’t anticipated, but is way better than you’d imagined. When you manage to fill up a plot hole with a neat twist. When you find just. the. right. word. When you read some of your old work, and don’t cringe. That sort of validation, where your artist self recognizes your own skill— that’s priceless.
What about you? What role does validation play in your life? How do you treat it when it comes? Have you heard of Publisher’s Weekly, or Starred Reviews? Do reviews affect whether you’ll pick up a book?
————————————————————————————————————-
My lit crime novel, The Blue Bar will be out soon with Thomas & Mercer. It is already available for preorders. Add it to Goodreads or pre-order it to make my day.