What do you think of Military #scifi by Pete Rogan?

Reading is
a continuing obsession, and I often try to share my love of books with my audience. As part of that, I feature books by fellow
authors each Wednesday here on Amlokiblogs. 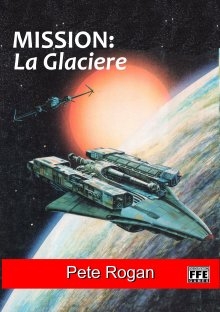 Elevator pitch:
A novel about a Marine squad locating a hidden alien airbase on the
frozen end of the French colony world of Aurore, accompanied by a
xenopsychologist whose two-year captivity by the aliens has made her a
little… strange. Intrigue, adventure and confronting the unknown at
humanity’s edge.

Teaser Excerpt:
The suns were
heading west and, while actual sunsset was some time off, it felt
like evening, and the xenon lighting of the “Avenue of Hope”
could be seen a klick away. Once, Gunny knew, it had been the main
shopping district of De Rais. The war had changed the nature of its
commerce utterly.

Gunny was no piker.
He and the Squad had been up and down the French Arm, from the
industrial-strength entertainment district at Premiere on Beta Canum
to the fleshpots of Joi to the earnest, hard-working pubs and
brasseries of Elysium. But what was going on in Lumiere d’Aube made
them look tired and trite.

Minutes before they
got there Gunny addressed the Squad: “All right. We’ve got a whole
street to explore and I know you want to get to it. I’ll just remind
you jarheads that morning formation is at Hour One sharp. And that we
are here as guests of the French and of the people of Lumiere d’Aube,
who have never seen an American Marine before. I expect you all to
conduct yourselves as ambassadors of good will.” He hesitated.
“We’ve seen what the Bugs can do, but these people saw that first,
years before we did. Respect them as you would a Marine.” He let
that sink in. “Okay. Marines, have a good time. See you in forty
hours.”

As Rogan says : If you like adventure, aliens, and intrigue, and/or are a
science-fiction aficionado, then this  book is for you.This isn’t just a book about aliens. It’s about
confronting the unknown, and what the unknown reveals. Readers with an
interest in sf that’s more than find the aliens and blow them up will
find something here to reward them as well. Right down to its Ernest K.
Gann ending.

So go buy  La Glaciere and have yourself a truly out of the world experience!

—-
If you’re an author and would like your book excerpt featured, drop me an introductory mail with a link to your book at  atozstories at gmail dot com. I’m now accepting submissions for features in January 2014.