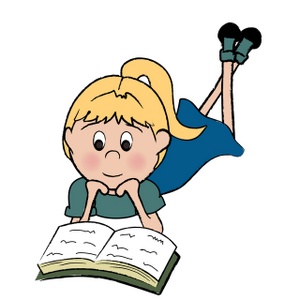 I read my first book at two (or three, but not older, I don’t think): a picture book of course, but one that was meant for much older kids, able to read. My parents did not have access to the sort of books geared towards toward toddlers these days, so they bought me what they could—a comic book with a storyline and characters far beyond the reach of a two-year old.

I remember sitting on my grandmother’s lap in the afternoons when she would read out loud the dialogues in the book, and explain what was going on.

With the sort of whims, likes, and dislikes that can be expected of a toddler, I decided that was the only book I liked, and there soon came a time when I could narrate the story by myself when the book was put before me, pointing at each scene in its individual square and babbling the story, much to the amusement of my family and our visitors.
I grew up devouring books: those suitable for my age, and not. I read Flaubert’s Madame Bovary at 12, and rapidly followed it up with the collected works of Bernard Shaw, all the Russian masters, Shakespeare—in short, anything I could steal from my father’s collection.
When I turned 18, I went for an Honors in English literature, where I mostly read books outside the syllabus in my spare time, because I now had access to the British Council and the American Center libraries, in a bigger city.
But in studying for the exams I lost some of the love I had for books. I was expected to dissect poems instead of merely enjoying them, analyze novels instead of getting carried away by the stories and characters—it turned me off reading for a good five years before I turned to my old love, and second-hand bookshops became my second home again.
From then onwards, I’ve taken to reading with a renewed vigor…I read as a break from life, as an exercise in thought, as a supplement to my writing—because sometimes I also have to read like a writer. It is nearly as big a part of my life as my writing, and sometimes I struggle between the two—because there is not enough time for me to read, write and do everything else we call ‘living life’.
To me, I live the most when I’m reading, especially certain books that have made me fall in love with them. But more about that in another post, because I think it would need another post to talk about what reading means to me today.
How about you? What has your reading journey been like?