What’s Behind That Face? 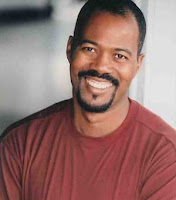 If you have 9 minutes, they would be well spent watching this heartbreaking video on comic Anthony Griffith.

“Comedians spend years honing their stage persona, but when all-star
comic Anthony Griffith tells the story of his life as a comedian and as a
father, not even he can keep it together. To be honest, I couldn’t
either when I watched this video. It’s so important to remember that the
people we idolize aren’t the two-dimensional, easily digestible
caricatures that we see of them in the media. “.~ Rollie Williams

As a writer, I’m somewhat intrigued by what goes on in people’s lives.

Rarely, if ever, do you get a glimpse of the often very real pain that people mask in order to get on with their lives. As Griffith says, when he was on the point of complete annihilation, all he was forced to do was laugh and make others laugh, because, “No one wants to hear a clown in pain, because it’s not funny.”

When I come across people on the street, in trains, a face sometimes catches my eye, and all I want to do is sit that person down and ask them about their life. This is not always the kindest or the politest thing to do, so I hardly, if ever, do it.

When I ask, and am lucky enough to receive an answer, these strangers begin to inhabit my stories, just as I sometimes do — and their truths become fictional truth.

Have you ever looked at a face, and wondered: What’s Behind that Face? What’s His/Her Story?