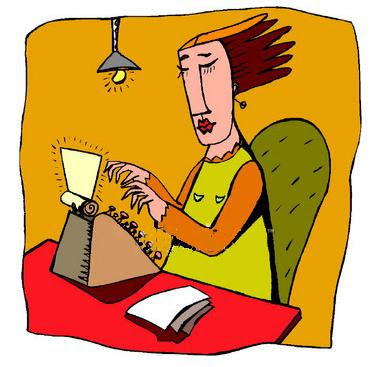 I’ve been working on revising stories this week and this post resonated with me, so here it is again:

An old guest post by Bryan Russell on Nathan Bransford’s blog caught my eye today, and it talks about “re-visioning.”
He writes that a great way to talk about revisions is to see it as a renewed “vision”. Not just look at the surface, but also at its heart. Russell further emphasizes the point here in his post “Destiny has many faces.”

I agree.
Some stories come out fully formed in the first draft, complete with the voice and the stability of the first internal thought concretized, but these are rare.
More likely, each story starts as a kernel from which to grow, or as a sort of marble slab, from which to carve out the shape of the muse. You either build on a small paragraph and expand it (in a linear fashion or in all directions), or you trim the excess from a large chunk of words to reveal the voice and shape you want.
It is hard to see one’s way around, to build or trim, to re-vision. I’ll now try to document what I have been doing so far, and would be very grateful if someone can point out any part I could improve.

A. In my completed (under-publication stories) I’ve gone through the following Writing Path:

1. I finished the story to a level where I felt I had done the most I could on my own and threw it out for critique.
2. I assimilated the critique, without working on the story. Stewed on it.
3. I worked on the story after a few weeks. At this time I decided if the story needed structural changes.
4. For structural changes, I broke the story into its scenes, put them on index cards and played with them till I had the story order I liked.
5. If I found that the critique overwhelmingly pointed towards a different voice or POV, I did that.
6. I sent it for a second round of critiquing.
7. Made further changes, and then once I was satisfied that the piece had emotion, and was going in the direction I wanted it to go, I launched into editing.

Each writer has a different process, and this was mine. I’m terrified it would work only for short pieces.
It would be interesting to hear what other writers do.

B. Things I kept in mind while re-visioning:
a. Always kept the first draft somewhere around, because it was where the deepest emotion lay. It contained the heartbeat of the story, and in re-structuring I did not want to leave out that heartbeat and kill the piece.
b. Gave it time, lots of it.

(One short story lay in a folder for almost an year before I returned to it. It went through 3 changes in POV. 23 drafts. 2 plot overhauls and changes in story endings….in all the story took 3 years from inception to fruition. But the good news is, with more writing and practice, I have been able to reduce this time-line to 3-6 months.)

5. Instinct: the story “felt” right. This I think develops more and more as you read and write more.

I would so like to know about what other writers do…especially those who have gone on to publish, and achieve success.

What is their Writing Path, and what are the things they keep in mind when they follow it? And how do they know when their story is done?