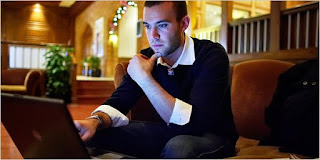 I have been wondering about who did the speech-writing for Barack Obama’s Victory speech on 4 November, but somehow never got around to looking it up.

I did today, and was in for a shocker. Obama’s speech, to which Obama contributed a lot himself, was actually coordinated by Jon Favreau, a 27-year old guy with relatively little experience.

Obama has often been accused of being a little too poetic, but as a writer I can’t help but appreciate the cadence and impact of his speeches. It must take a lot to come out with exactly what you want to say and then say it with such panache.

Even though Bush did not do really well with his speeches, I find that his speechwriter Christopher Buckley seems to have the inside dope on speechwriting:

“The trick of speech-writing, if you will, is making the client say your brilliant words while somehow managing to make it sound as though they issued straight from their own soul.”