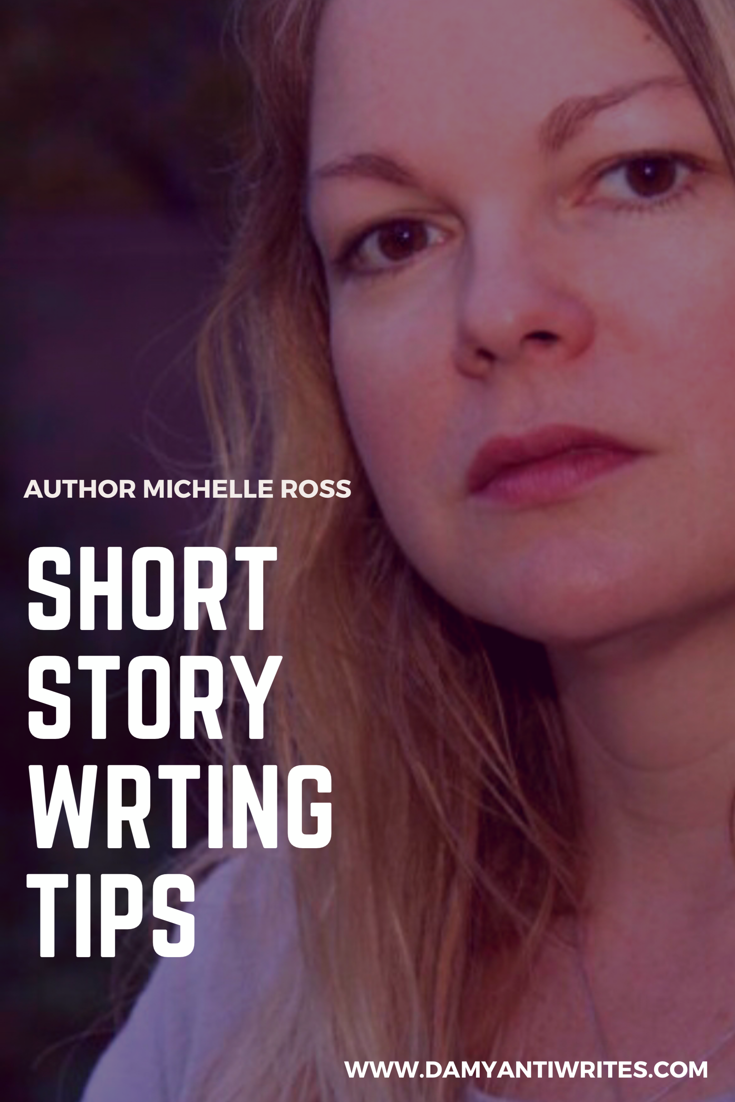 Here on Daily (w)rite, as part of the guest post series, it is my pleasure today to welcome Michelle Ross, an award winning short story author, and the editor of Atticus review. For the serious writer, all her answers bear attentive reading. I’ve highlighted a few points, but really, if you write short stories, read the whole thing.

Science, horror, adolescence, sex, gender, misogyny, the body, mother-daughter relationships, death, social class hierarchies, secrets and lies, cruelty and violence, failure, obsession, mythology and fairy tales, and snakes (strangely, I’ve written a couple stories about snakes now, “Rattlesnake Roundup” and “When the Cottonmouths Come to Feed,” and I don’t know why exactly except that I’m both terrified of snakes and curious about them; I seem to be generally drawn to things that scare me.)

2. Which authors have been your biggest influences?

3. To your mind, what makes a successful short story?

A successful short story is usually one that does the following:

One distinction between flash fiction and longer stories that I think is fairly universally true, however, is that flash fiction must be urgent. It has to jump right into the story. There isn’t space to develop multiple plot lines or to take one’s time the way there is in a story.

Also, the shorter a piece is, the more its flaws stick out. A few typos or sloppy word choices in a long story might be forgiven by an editor or reader, but much less likely in flash fiction.

5. If you had to give just three pointers on ‘writing technique’ to aspiring authors, something general creative writing books don’t tell them, what would they be? 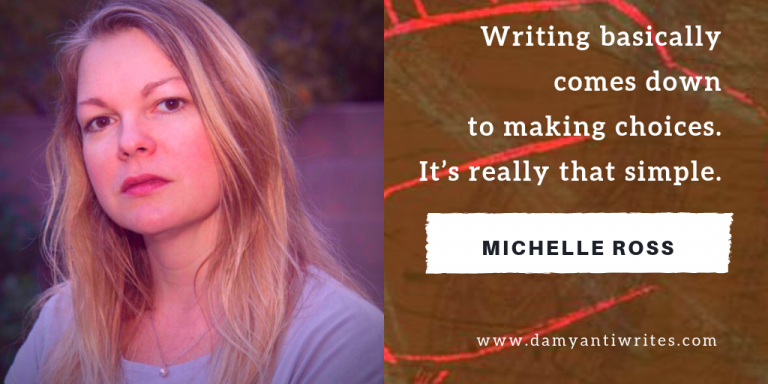 I think it’s hard to say much new about how to write well, but here’s my attempt at offering three such pointers:

a. Writing basically comes down to making choices. It’s really that simple. Of course, there are an infinite number of choices to make. Sometimes there is a right choice, but more often than not, there are a variety of choices that will do quite well. There are also plenty of wrong choices. The difference between a good story and a not-so-good story is that the writer of the good story made better choices. Some writers have a natural instinct for making good writing choices, just as some people are naturally good at math while others struggle no matter how hard they work; or some people have an eye for interior decorating, while others couldn’t make a room beautiful no matter how much money they had at their disposal. But comparing ourselves to others is rarely a good idea. And sheer determination and perseverance count much more in the long run than natural talent. We can all greatly improve our abilities to make good choices.

How? By learning to be more conscious of the many choices we’re making, by not taking a single word choice for granted.

How do you do that? The simple answer is by reading widely and closely and by writing, writing, writing. The more you read and write, the more cognizant and more confident you eventually become about making good writing choices.This isn’t to say you should let anxiety about making good choices paralyze you. Some writers like to think hard about their choices before they begin writing, but those of us who tend to write first drafts more blindly don’t need to think much at all about the choices we make in first drafts.

In the revision process, I try to reconsider every choice, both conscious and subconscious, made during the drafting. This means reconsidering every word. It means rewriting a difficult sentence a hundred times if necessary to get it just right. It also means being willing to change my mind again and again about big stuff, like the story’s shape and plot, until I no longer feel hesitant, until nothing nags at me anymore.

b. This one I’m stealing from George Saunders. I don’t recall where I read this exactly, but in an interview or article, Saunders said that at some point he decided to just not do the things in fiction that he didn’t enjoy doing, that bored him or whatever, say describing a setting. I adore this piece of advice.

There is no right way to write a story. In fact, a lot of the best stories tend to subvert our ideas of what a story is by shaking up conventions in some way. What I know for certain about writing is that I do my best writing when I’m having fun doing it (even if there’s something difficult about the material). So if there are conventions that bore me, then I’m better off and the story is better off by shrugging them off and doing what interests me. 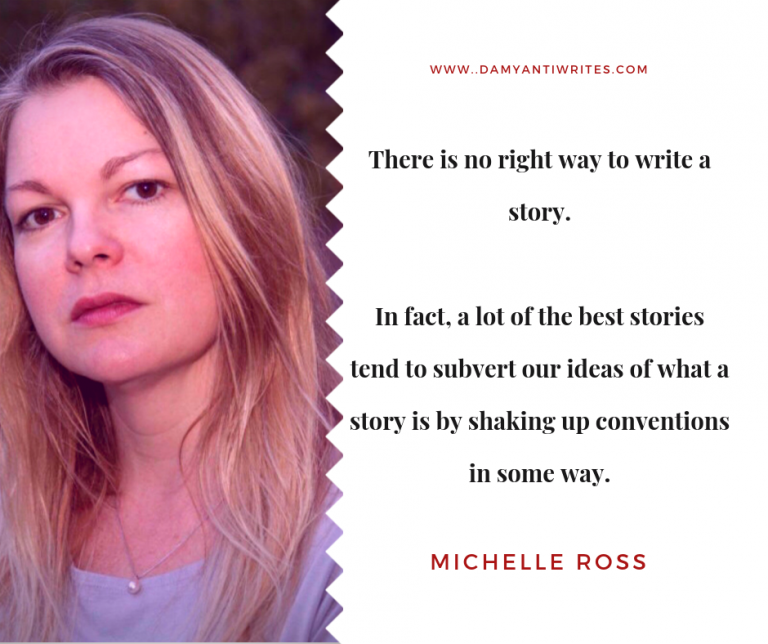 6. Could you name five short stories/ flash fiction you think all short story writers should read?

I stuck with short stories for this list because as hard as it is to narrow down this list, I feel even more stretched trying to come up with a few favorite flash fictions. I also cheated and chose six.

7. You’ve won many prestigious awards for your short stories. What pointers would you give a writer submitting to these?

What I’d like to see more of is writers experimenting and taking risks. And having fun. Getting a little wild on the page. At the same time, I want to see more stories in which the writers are clearly hyper-cognizant of the choices they’re making. This is not a contradiction. A little messiness/wildness in terms of story shape and plot can be great, but on the sentence level, the prose always needs to be sharp and tight. The writer needs to have carefully considered his or her choices before sending the work out.

9. What is your comment on the future of literary magazines?

Oh gosh, I don’t know. I wish there was an easy solution for whom should pay the costs associated with literary magazines. That’s a tough one. Submission fees are a serious issue that prevents writers from submitting to journals that charge them. At the same time, writers are pretty much the only audience for literary magazines, and the editors of these magazines are writers too, and someone has to pay printing costs or Submittable costs and so forth. I’m a fan of the “tip jar” solution—inviting writers/readers to contribute to the costs of the magazines they love and submit to, but not demanding they pay for the privilege of having their work considered.

Outside of financial issues, it seems to me that literary magazines, at least the online magazines, are kind of thriving. There are so many new ones starting up all the time. And a lot of them are publishing really good writing. And there’s quite a writing community out there now, largely thanks to social media and online journals and online writing courses, I think. One doesn’t have to embrace any of these things to be a successful writer, but I know that for a number of writers, having this online community helps.

10. When planning a short story collection, what factors do you keep in mind? Could you tell us about your collection There’s So Much They haven’t Told You?

A story collection isn’t simply a grouping of stories; it’s also the sum of its parts. Reading the stories individually is different from reading them together as a book. A collection is an opportunity to bring greater meaning to the individual stories, and to do that, one has to be cognizant of a variety of factors:

For example, I placed a flash fiction “Prologue” next to a longer story “If My Mother Was the Final Girl” because, albeit in different ways, both are about complicated mother-daughter relationships and also because “Prologue” is a retelling of the story of Hansel and Gretel and “If My Mother Was the Final Girl” at one point alludes to this tale. I placed “How Many Ways Can You Die on a Bus?” next to “Sex Ed.” because the former story ends on the word “sex,” and with the naïve young protagonists fantasizing about their fabulous futures as adults, while the latter story begins with sex and kind of fast-forwards to the more grim reality of transitioning into adulthood.

Bio: Michelle Ross is the author of There’s So Much They Haven’t Told You (2017), which won the 2016 Moon City Press Short Fiction Award. Her fiction has recently appeared or is forthcoming in Alaska Quarterly Review, Colorado Review, Epiphany, Hobart, The Pinch, Electric Literature’s Recommended Reading, and other venues. She is fiction editor of Atticus Review and was a consulting editor for the 2018 Best Small Fictions anthology. www.michellenross.com

Are you a reader, a writer, or both?  Do you read more short stories or novels? What sort of short stories do you like? Have you read Michelle’s work before? As a reader or writer, do you have questions for Michelle Ross?