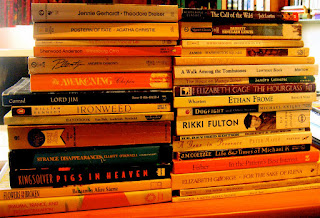 For the last month, I’ve been writing a flash piece a day, for the A-Z challenge held in the month of April. 26 stories for the 26 letters of the alphabet, based on word and picture prompts provided by my blog readers. Now is the time to collect everything I wrote, cull a few, add in some new stuff, edit the whole thing, and make it an e-book.

Some of the readers suggested it, and despite a maddening schedule at home and (freelance) work, I have decided to take up the idea.
For one, this would be a nice experiment on Kindle. I have been traditionally published a few times now, mostly stories in anthologies, so I know I’m on the right track where writing is concerned.
But I can also see that e-books are the future, and there is no better way to learn than take the plunge and make an e-book. At about 10,000 words, it should be more manageable, and despite working on a bunch of longer, proper short stories for  (hopefully) traditional publication, I feel it might be a good idea to get the hang of the e-book phenomenon, because already so many books by mainstream authors are emerging in e-book form…published by traditional publishers.
So today is revision day, as will be the days of the following week.
Any words of advice for those who have published an e-book, and those who have read my stories on A-Z are welcome !