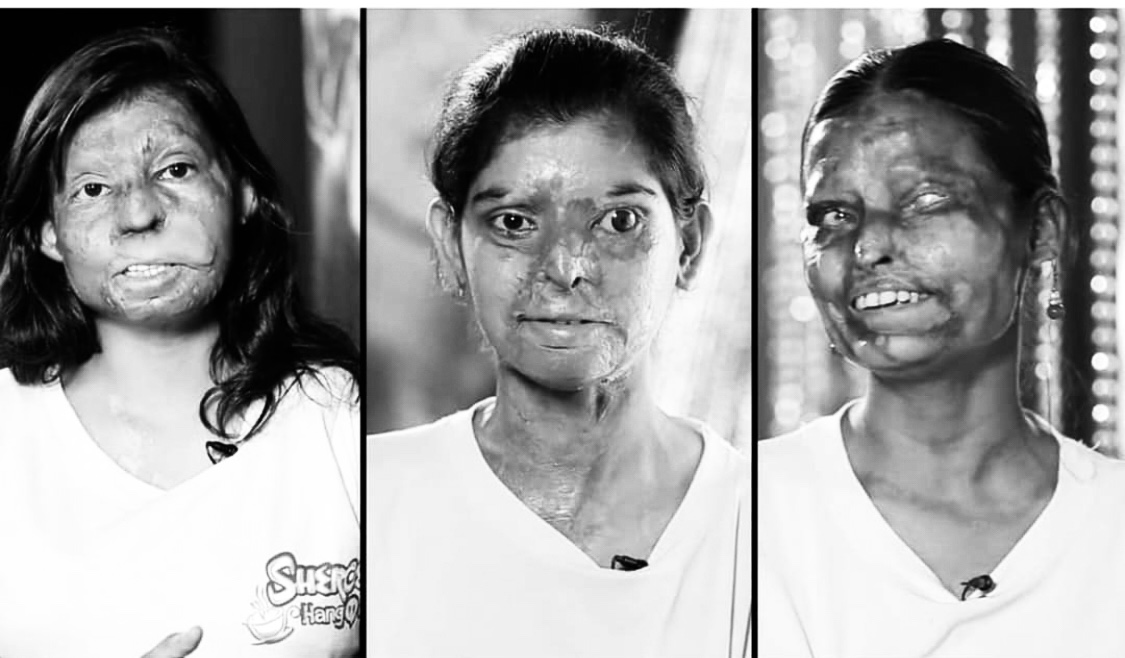 For today’s post, I would like to draw your attention to a cause that has been close to my heart, the campaign against acid violence. I’ve been in touch with most of the survivors at Stop Acid Attacks–here’s a feature on Ritu Saini, and Chhapak, the Bollywood movie that hit the screens early this year.

“Later, it emerged that my cousin who had a crush on me had hired the attackers, paying Rs 1.25 lakh to them,” said Saini, adding that when she regained consciousness days later in the hospital, faces of her family said it all.

Her cousin was sentenced to life imprisonment and two others for ten years in in prison but later, one of the guilty was released after five years.

“I had received 45% burns on my body and 90% on my face, besides losing my right eye. The acid affected the sight in my left eye as well,” said said.

She tried to play Volleyball again after the attack but her depleted vision forced her to hang her sporting boots early.

The survivor-turned-activist rues the fact that even after so much has been written in the media against acid attacks, these inhumane attacks on women continue unabated and no data is available on the exact number of such attacks.

However, she seemed satisfied with the fact that women are taking rapid strides in every field in her home state of Haryana, where once girls were not even allowed to born.

Due to Covid 19, the survivors have suffered along with the general population. Chhanv foundation, which runs the Stop Acid Attacks campaign, has also been hit hard because of the closure of the restaurants the survivors used to run.

They are running a successful fundraising campaign, and this is where you come in: chip in a little, no amount is too small. In fact, the idea is for many people to come together to raise the entire amount.  A few rupees, dollars or pounds will go a long way, as experience has shown. With a few days to go, they’ve nearly reached their target–you can help them hit it, and support acid attack survivors during this difficult time as they learn new skills to become independent and support themselves.

Here’s what the Stop Acid Attacks Sheroes campaign is all about: CLICK HERE TO SUPPORT THEM 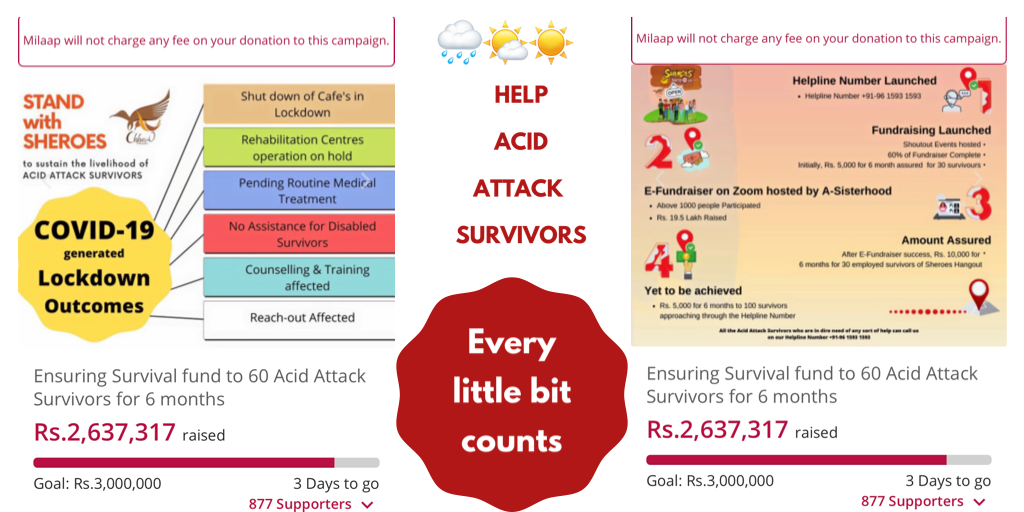 What about you? What uplifting stories of humanity in action have you witnessed lately? Would you like to help the acid attack survivors by chipping in a small amount and encouraging others to do the same?

Would you like to post details of how people can donate in various parts of the world to help those who need it the most? 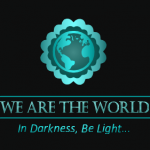 This post was the latest installment of the monthly We Are the World Blogfest: I’d like to invite you to join, if you haven’t as yet, to post the last Friday of each month a snippet of positive news that shows our essential, beautiful humanity.

Here’s a sampler of this blogfest.  :post your link on the thread if you're participating.

Click here to know more. Sign up here and add your bit of cheer to the world on the next installment. 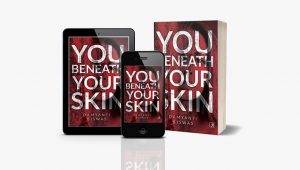 All proceeds go to Stop Acid Attacks, and Project WHY.