#atozchallenge: Another SOS Call for Prompts

By Damyanti Biswas24/03/2012Uncategorized
16 Comments
Share
Share Tweet Share Pin
Love0
If you haven’t heard of the A to Z Blogging Challenge you’re missing out on a great networking and blogging opportunity: join us in writing 26 posts in 26 days this April, based on 26 letters of the alphabet. Almost 1200 bloggers have already joined in the fun!We had an A-Z video challenge, and the winner is Rachel Morgan!
For the challenge, I’m doing flash fiction based on photo prompts and story starters sent in by kindly folk. Challenge me with an interesting picture that you would like me to write on, and drop me story starters, each sentence/phrase beginning with a different letter (i.e. the first word of the starter must start with a different letter, from A to Z).  You can do this in the comments on this post. I still need prompts based on the letters: A F G L O Q U Z and of course any interesting pictures that might inspire a story.
Of course, when I post each prompt during April, I’ll link to you and explain why I chose it. You may also mail me the pictures and story prompts at atozstories at gmail dot com. You need not be participating in the A to Z Challenge to challenge me with either a story starter, or a picture, or both. The more the merrier! Last year I had asked for word prompts, and I got loads to choose from! This year, I’m taking it a step further.
Thanks go out to everyone who has mailed me prompts so far. I’m grateful. To give you an idea of what I’m planning to do, here’s a sample:
Story starter: She was the sort of girl…. 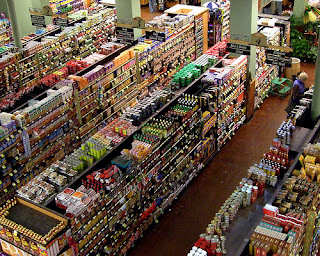 She was the sort of girl who dusted her home before she went on vacation–Elsa did not want anyone to find a mess in case she did not return, or someone broke in.
So that February afternoon I saw her walk in to my grocery store without her make-up, wearing a pair of shorts and t-shirt that had seen better days, I knew something was up. I also knew asking her wouldn’t help, like with her mother. When I assisted her mother, my friend and neighbor, birth her thirty years ago, that wench had bit her lips till she bled, but not let out a whimper. She’s dead these past three years now, and Elsa’s been fixing to sell their old brick place beside mine. With three little boys, a suckling baby, and a no good husband, she needed the money.
I stood behind an aisle putting back a bottle or two, so I did what I could. I took off my glasses, shoved it under an aisle and went down on all fours looking for it, waiting for Elsa to find me. That girl is friendly as fire ants sometimes, but she would help a little old lady. She drove me to the store on her way to dropping her eldest to school, and brought me a hot-water bag on cold mornings when I couldn’t get off bed.
As I bent over,  I heard shots, and smelled them—this wasn’t October deer-hunting, this was inside my store. I saw cans rolling on the ground, struck by running folks or bullets, I didn’t know. I heard wails from behind the shelves, I heard a man scream, his voice like ripping cloth before he stopped. I wanted to run and find Elsa, pull her behind something, but my knees wouldn’t hold me up.
They found her near the door, where she had shot herself, after shooting the ones that tried to escape.
I went with them to find the boys bathed and fed, playing in front of the television, the baby asleep in her crib. They asked me, do you know why she did that? You knew her from when she was young. Is it because her husband left her?
No, I said, wondering why she did not come for me, she knew I was there. If company is all she needed, she could have taken me and spared the rest. I walked over to the boys, and I understood. No, I said, looking about the house spick and span, not a thing out of place. No, I think she just wanted a vacation.