Dear Authors, Is Social Media All That Effective? 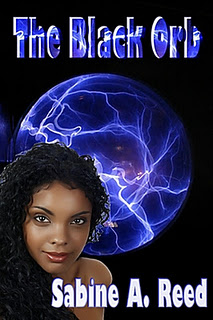 My blog had slipped into hiatus for a while because I got locked out of my blog,  but am now back with a guest post by Sabine Reed, in which she talks about authors on social media.

The topic of self-promotion by writers has been discussed in my blogs before —Sabine offers her take on the subject today.

Take it away, Sabine!
————————————
Authors on Social Media
Social media are widely used by authors, print on online, to promote and market their books. However, according to a study done by company called Outbrain, the social media sites such as StumbleUpon, Digg, Reddit and Twitter are not as effective as Google, Facebook, and Yahoo. In fact Google leads the pack, by driving most of the search traffic.
What does it mean for an author looking at social media as a means for promotion? Well, for one, it shows that the most effective way to get traffic to your website or blog is to have it listed on google, yahoo and other such sites. Also, creation of new content is more effective as a way to promote your book than time spent on facebook and twitter, among other social media. If you have a blog, it’s crucial that you update its content on a regular basis. Blogging twice a week minimum is a good idea.

For a writer, however, creation of new content mainly refers to new books.

Writers should write. The more books you have out there, the greater the number of people who will find out about you.

In fact, most experienced writers such as JA Konrath have been saying the same thing for a number of years. And don’t forget that Amanda Hocking had a number of books published within a span of one year, and shot her way to fame not because of her promotional activity but because she had a lot of work that was read by a lot of people who generated sales for her future work. And, of course, because she wrote great book that were well-liked and readers recommended her to others widely.

Self-published authors have a distinct advantage over authors with publishing houses because they can publish their new books according to their own schedule. You can read more about this here.

In light of the same study, another way to get your name out there is to generate new content by way of a blog or articles. It will also raise your ranking on Google, and if you create good content, people will be driven to your blog. It’s your choice of course whether you want to spend the valuable time you have writing your new book, or writing a new blog post.

In the long run, I think, for a writer, another book would be a better bet.

——————————————
Sabine A. Reed is the fantasy author of The Black Orb. She also writes her own blog Writing and Publishing Resource to help new writers.
Twitter handle: @SabineAReed
If you’re an author, how do you work on your social media presence? As a reader, what do you like to see from authors on social media?
Please join Daily (w)rite on its Facebook Page in case you’d like to be heard by this community. If you liked this post, you can have weekly posts delivered to your inbox: click the SUBSCRIBE VIA EMAIL button.