Did You ever have an Imaginary Friend? 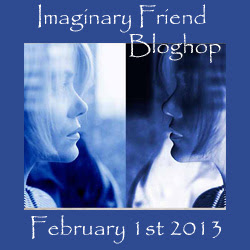 Annalisa Crawford and Kyra Lennon are hosting the Imaginary Friend Bloghop and this is what it involves:

We want to know about your imaginary friend. What were they
called? How old were you? Were they naughty or nice? If you didn’t have
one, were there ever times when you could really have used one? Did you
ever set fire to your mum’s favourite rug and have to take the blame
yourself?

As a child, I had a lot of imaginary friends, most of them from books I read. Can’t remember most, but one of them stayed a friend well into my teenage: this was Pip from Great Expectations.

I read the unabridged version of the novel when I was about 10 or 11, and though there were bits I didn’t understand, I immediately sympathized with this awkward kid, because I was an awkward kid myself. I loved books, and little else, so I had few real friends — Pip became my constant companion for months, and years. 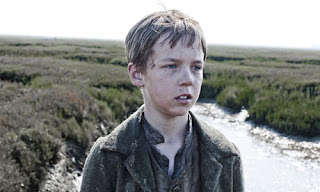 He was shy, he had ambition, he had a crush on an impossible beautiful and unreachable girl. He had delusions about receiving the patronage of said girl’s guardian, and later realized that instead he was supported by a convict he’d helped escape. I cried at his shame, and smiled at his triumphs. I wondered whether he got the girl after all — because I couldn’t figure out the ending and was too shy to ask anyone.

Since I knew all his troubles and secrets, I only thought it fit he know mine, and I wrote him letters in my diary.

I don’t know if he was imaginary, though.

To me he was real — with his hair that wouldn’t behave (quite similar to mine), his desire to get away from his small village and go to the big city, and his difficult relationship with the parent figures in his life. He was an orphan, I wasn’t, but there were days I felt there wasn’t much difference.
———–
Did you have an imaginary friend, growing up?

And have you signed up for the A to Z April Blogging Challenge?