Does Writing by Women get Sidelined?

“I think there’s a definite tendency to make fiction by women girly.
A man can write about family matters and it’s serious fiction about
life. But when a female author writes about family, people say “Oh,
she’s got domestic subjects to talk about…” It drives me crazy.” 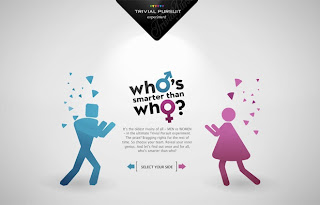 These are words from one of the most respected literary agents working today, Nicole Aragi. (Read the linked interview for a great many other interesting insights on various writerly issues). I often hear about the gender bias against women today, which has been an ongoing controversy that flared up in April. I came across this article,“What’s In A Category? ‘Women Novelists’ Sparks Wiki-Controversy” where novelist Meg Wolitzer says:

“We’ve seen first-rate novels by women sometimes sort of thoughtlessly
grouped together as ‘women’s fiction.’ ” Wolitzer says. “And that’s a
phrase that can make me a little crazy. I mean, what is women’s
fiction? Do these books have anything in common, or is it just that the
authors were all at one time or another in possession of a uterus?”

Since gender discrimination is pretty much par for the course in fiction and media, it is natural that women writers face it in the publication process as well. I haven’t faced it personally that I’m aware of, I’m too green a writer to be discriminated against, I guess, but I agree with Nicole Aragi when she describes her cure for gender bias:

“Just fighting like hell for an equality of attitude. If I feel, when
someone’s talking to me about my list, that they’re not interested in
the women writers, then I go into overdrive. I go crazy. Someone once
said to me, “Oh, you only represent men.” And in fact it’s pretty much
fifty:fifty. It’s just that they’ve only noticed the men on my list. And that’s their problem.”

Have you faced gender bias as a writer or know someone who does? What have you done about it or what do you think should be done?