How Do You Trace Back History in Fiction? 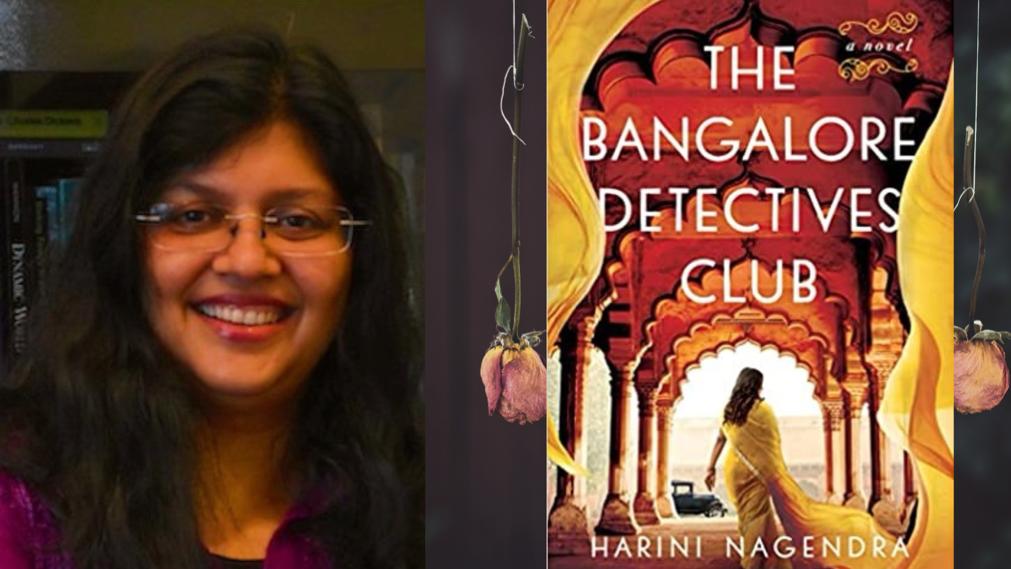 History is often guided and written by those with power, which is why it is important that various tellers get involved in the recording of it. Most of history comes to us in dry academic books and text books, but sometimes the most effective depiction of history is through fiction. Other authors have spoken about historical fiction on this site: the posts on history and historical fiction by author Janet L Buck and another by Wendy Trimboli come to mind.

Today we have the author of another sub-genre of historical fictipn–the historical mystery–Harini Nagendra.

Harini Nagendra’s The Bangalore Detective’s Club is a charming novel that looks at colonial era through an Indian, feminist lens, and gives us not just a mystery, which is excellent, but also a flavor of those times from the point of view of a woman, and the various social issues that beset that age.

She’s here to speak about accurately depicting history: the India of a hundred years ago. Take it away, Harini!

I’m often asked why I chose to set my first fiction novel in a time period that lies a hundred years in the past. The answer lies in my experiences from my day job. I’m a professor at a university in Bangalore. I run a large research program, do my own research, write books and popular articles, and teach about issues of sustainability – climate change, biodiversity, environmental justice, and how to prevent the future collapse of the world. These are somewhat dismal areas that can be so depressing that many people prefer to turn away from them – and who can blame them? As a writer and teacher, I knew what we needed was a hook – something that would draw people in to reading about these issues, and then get them on the road to self-discovery and action.

History turned out to be that hook. When I started an article or a class with a story from an old map, a centuries-old inscription, a song of the lake that documented old conflicts and celebrations, it captured people’s attention. We live busy lives, in which we are habituated to the contemporary. Way too many gadgets and tasks compete for our attention, along with children, pets, work lives and so much else. But almost everyone is interested in the past. History and heritage speak to us in a way that the present simply fails to do.

Given this experience, setting my first fiction book in a historical setting was a natural choice. I had originally set the Bangalore Detectives Club, which features a feisty young woman protagonist as the lead sleuth, in the 1890s. But my agent, Priya Doraswamy – who is also, like me, an old Bangalorean – suggested I move it to the 1920s. That was absolutely the right move, as I realized as soon as I plunged into the edits.

The 1920s is a fascinating period, and it’s certainly not an accident that so many classic Golden Age detective novels are set in this time. In this period, between the two World Wars, the women of Bangalore began to step out of their homes and enter the public sphere, demanding the right to study, work, vote, and be treated as equals – as they did in many cities across the world. The 1920s is also a time when Indian demands for independence from colonial rule were also force. Setting my novel in this time period helped my sleuth, Kaveri, hone her detective skills, and snoop for clues in the old-fashioned way rather than relying on technology.

There’s a flip side, as there almost always is. Research into the past, into history, isn’t easy. Even though I’ve gathered academic research material on old Bangalore for over 15 years, I have still needed to do additional research to write The Bangalore Detectives Club. Here are five sources I found especially useful to hunt out history, and its fascinating elements.

In the end, it’s relatively easy to track down facts, figures and numbers from historical records. Using these to breathe life into a dusty setting, and to develop the soul of a good novel, is much harder. In addition to the sources I list above, I have drawn on many other kinds of information, including letters, biographies, cook books, diaries, even old songs and music!

How far can you trace back history – either your past, that of yourself and your family, or the past of the city you know best? Where would you go to, for information you can use to bring history alive to a new reader – to someone who doesn’t know you or the place you’re from?