Participate in a Blogfest Today! 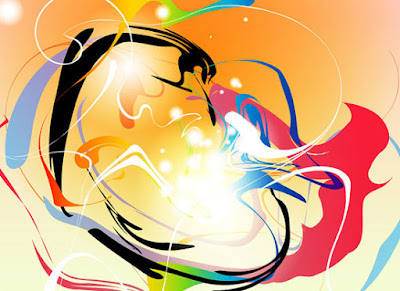 I have only recently found out about Blogfests, and took part in my first one last week, organized by DL Hammons.

Thanks in large part to his tutorial (a great explanation on how things work in the Blogfest-world) and other web-research, I realized what a Blogfest is:

It is when a blogger throws a virtual party and everyone is invited. There could be giveaways at the end of it, it could simply involve promoting certain books, or it could be my favorite: the Blogfest that invites bloggers to write a short piece/excerpt in their blogs and link to the host blogger. All participating bloggers must register through a form on the host blog, and all bloggers then read each other’s submissions and comment, which is completely optional.

From so far as I have seen, comments are mostly kind, even effusive, but you can ask for honest critique and might get that too (in very kind words again, of course!).

A few upcoming blogfests in which I am thinking of taking part in are:

BlogFeast…food blogfest hosted by Angela M. on 23rd September.
This one involves food: ” scene where food is central or just happens to be in the scene. It could be a poem about food. Heck, it could even be about a character named after food…”

“Who said birthdays are fun? They can be creepy or dangerous or dramatic or even fatal. Write a short story in (why limit the word count? Gimme what’chya got!) involving a birthday in any form and something mysterious, dangerous, dramatic, creepy, or deadly. “
Mash-up Blogfest hosted by Steph Sinkhorn on 1st October
“The Mash-Up Blogfest is a ‘fest inspired by musical mash-ups likethis or this or this – taking two different songs and weaving them together in a humorous or pleasing way. Participants will “mash up” two genres that are not normally written together into one delightfully weird piece of flash fiction. Or poetry, if you’re so inclined.”

“Pick a more or less abstract concept… hate, love, weather, clouds, death, life, anything you can think of.
Write a monologue/dialogue/scene featuring said personified concept as the MC.”
Bad News Blogfest hosted by Francine also on 2nd October.
“At some time or another, I expect all of you have had to convey bad news to someone else, maybe to do with a pet, a relative, maybe even lover. Hence, this “Bad News Blogfest” is not about personal misery, it is to be about a character receiving bad news!”
At First Sight Blogfest hosted by Jacee Drake on 7th October
“Post an entry describing in about 500 words the moment your MC meets someone of importance for the first time. Could be friend, lover, enemy, long-lost parent, sibling… whoever is important to them – at that point in their life – and the emotion and reaction to the encounter your MC goes through.”

Visit his link to learn the rules.
First Page Blogfest hosted by Elle Strauss on October 16th
This is all about the first page of your work. Post it to get comments.

Past Blogfests I had fun with:

Guess That Character Blogfest, hosted by Jennifer Daiker on 19th and 20th August. This was my entry.

What I like about Guess that Character is that the initial post will not describe the character’s appearance, just put him/her in a scene, and let you hear his voice or watch his actions.

The next day is the day of the big reveal, where you post a photograph that closely approximates, in your opinion, the character you wrote on the first day. Interesting!

The Rainy Day Blogfest, hosted by Christine H on 25th August. This was my entry.

The Rainy Day Blogfest would give me a chance to indulge in my love of rain, and I’m sure everyone would come up with absolutely rain-drenched posts.

Word Paint Blogfest hosted by Dawn Embers on 27th August. This was my entry.

This is all about description, so I think something from the old writing notebooks should do the trick, because I have tons of those!

Fairy Tale Blogfest hosted by Emily White on 30th August. This was my entry.

This is best described in the host’s own words:

Write in no more than 1000 words a story based on a fairy tale in a genre OTHER than fantasy. You can do horror, suspense, sci-fi, thriller, etc. (romance is okay, but you need to add another genre with it, otherwise you’ll just end up with a fantasy romance), and the plot has to be closely related to the original tale.

Fight, Fight, Fight Blogfest, hosted by J.C. Martin on 31st august. This was my entry.

This one involves a fight-scene, and since I have not done too many of those, it will be a challenge.

“Write a scene that takes place on a campus. It can be in a classroom, on the football field, in a locker room… (grin – but nothing explicit, please!) – just as long as the setting is on school grounds. That’s it. Keep it short – 999 words is a nice length, but if you go a LITTLE over, I won’t slap your knuckles with a ruler. “

“In 700 words or less give us at least one secret in a story: murder, mystery, funny, romantic, poetry, or story snippet…doesn’t matter but the word “Secret” must be included in the story or poem to count.”

I Got You Blogfest, hosted by Salarsen on 15th September

I was too bogged down to participate in this one, but it would have been fun!

Half the fun of participating is reading the other entries and commenting. In my case, it is making mental notes on what some author did well, and what another did not, thus helping me with my own growth. Since I live in Asia, I make it very clear that I’m not participating for the gifts, so the hosts do not feel like they have to mail me a gift all the way from the States.
The visitors of course add to your blog stats, and that can’t be a bad thing either! I wish more Asian blogs would start hosting Blogfests, because the concept is sound, and everyone wins in the end!

I find that some authors are reluctant to post from their WIPs, but since I’m planning to write from scratch for all three, that won’t be a problem. Yes, I can’t use the pieces again for a flash fiction submission or contest, but at least I’ll have some great writing practice, and some good fun doing it.

I’ll keep updating this post as I find new Blogfests, and probably do a re-post on my other blog Daily (w)rite. So mark your calendars and have yourself a feast of Blogfests!