What’s the Difference Between Suspense, Mysteries, and Thrillers? 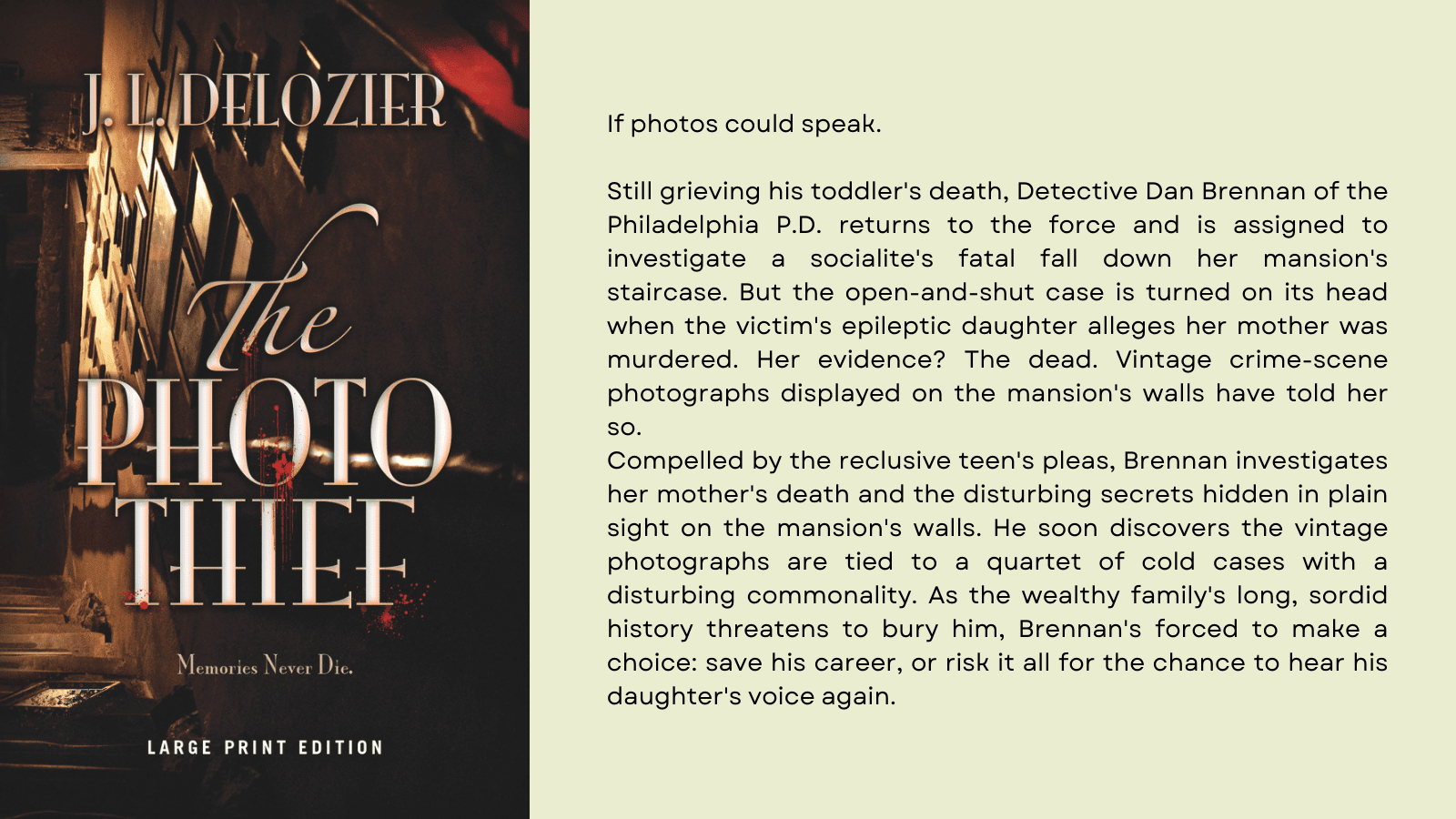 The crime genre is now specialized into many sub-genres. On this site, we have spoken often of thrillers, because that’s what I write. I’ve also published advice on writing the various kinds of crime novels, suspense, mysteries and procedurals among them.

Today we’ll hear from award-winning author and wonderful writing friend, J L Delozier (whose next, THE PHOTO THIEF hits bookstores tomorrow!) on the difference between suspense, mysteries and thrillers.

If you’re a crime reader, I absolutely recommend THE PHOTO THIEF. I got to read an early copy of this gothic-inspired crime novel, and though I was supposed to provide critical comments, I found myself sucked right in and gobbled it up like a greedy reader instead!

THE DIFFERENCE BETWEEN THRILLERS, MYSTERIES AND SUSPENSE NOVELS

Few things create more angst for newbie fiction writers than the unholy trifecta of the synopsis, query, and elevator pitch. How can one be expected to distill a psychologically taut serial killer story with dual adult and YA protags plus paranormal and modern-Gothic elements into one page, one paragraph, or gulp one sentence? (Disclosure: I just described my latest, The Photo Thief, which pubs October 18th.) Advice from the trenches: take a deep breath, and start with the genre.

It’s not as easy as it sounds given the current trend toward cross-genre, blended fiction. Is the above example a thriller, mystery, suspense, or horror novel? Those first three categories, in particular, are often and erroneously used interchangeably since mysteries, thrillers, and suspense novels feature several commonalities: the interplay between the hero and villain, the twists and turns that keep the reader turning the page, just to name a few.

The differences can seem obscure or even academic. But choosing the proper genre is paramount to pitching and selling the novel, lining up proper comp titles, metadata labeling, and finally filing on the shelf, whether that be an electronic one or in your local bookstore. Consider these three factors when deciding which genre to choose.

Inciting incident: Mysteries begin with a crime, usually a murder. The plot revolves around someone, from Sherlock Holmes to Jessica Fletcher, striving to solve that crime. The reader is aware of the same information as the protagonist, lowering the suspense. Red herrings abound. Atmosphere, whether it be cozy or creepy, is a must. Novelty is preferred. The more unique the crime, or its solution, the better.

Thrillers, on the other hand, start with a premise—a missing nuclear sub, a dropped vial of smallpox, an assassination gone awry. The plot revolves around the protag not trying to solve a puzzle but attempting to thwart the dangers the premise presents. Heart-pounding action is prominent; in fact, the book usually starts with an action scene. The reader is in a constant state of suspense. A worthy villain—one equal or even more cunning than our hero—is a must.

In suspense novels, the inciting incident can be anything—a kidnapping, for example—but the key is that the reader is aware of something that the protagonist is not. This leads to extremely high levels of anxiety and anticipation; hence the “suspense.” Empathy is created between the reader and the unwitting protagonist. In essence, the reader worries for him or her.

Stakes: The stakes in a mystery are typically intimate, a one-on-one dance between the investigator and the perp. The stakes can be very high indeed for the individual characters involved, but on a global scale—not so much. It’s one or two families, one city, one murder (or a series of murders by the same criminal.) If the writer has done their job, their readers relate and emotionally attach themselves to one or more characters (although not as much as in a suspense novel.) They become vested in solving the mystery themselves and hope to be satisfied by an ending that tie the loose threads into a tight ball.

In a thriller, the stakes are huge and often geographically widespread. They affect more than just the hero, villain, and a single victim. The readers often immerse themselves in the situation more than the characters (can any of us REALLY see ourselves as Jack Reacher?) What if it were their city affected by a series of terrorist-planted bombs? What would they do if their town experienced a smallpox outbreak? The reader roots for the hero to save them from the villainous plan and fast, which leads us to pace.

In a suspense novel, the stakes can be either intimate (think romantic suspense) or global depending on the premise.

Pace: Generally speaking, mysteries tend to smolder, a slow, atmospheric burn that builds to the big reveal. In a skilled writer’s hands, clues are dropped, dangers hurtled, obstacles overcome, but all in good time and with careful deliberation to keep the reader guessing until the very end. Suspense novels move a bit faster, but not as fast as thrillers, which have a strong forward momentum, a propulsive force (often a literal ticking clock) that keeps the action hurtling toward the climax. I jokingly say that if a reader puts down a book to think about what they just read, the book is either literary fiction, poetry, or a mystery. If they put it down until their pulse returns to normal, it’s erotica or a thriller.

Rules are rules, but there’s also this: cross-genre novels are having a moment. Authors love the artistic freedom that comes with writing them. Readers adore reading them. Booksellers…are not as enamored. Remember that agents are sellers, too. If your agent can’t succinctly pitch your novel to an editor who’s trying to picture how it will fit into next season’s pub list, well, Houston, we have a problem.

Like it or not, your blended masterpiece needs a genre label. Picking just one can be agonizing. For the blends between thrillers or mysteries, the decision can be particularly harrowing because of the commonalities previously mentioned. Hopefully this post has provided clarity—a place to start.

Certainly, the literary world is vast, and there are multiple exceptions to all kinds of rules. Feel free to drop some in the comments or give a shout-out to your favorite hard-to-label, cross-genre novel. Mine, The Photo Thief, hits the shelves on October 18th. And in case you’re wondering, my “psychologically taut serial killer story with dual adult and YA protags plus paranormal and modern-Gothic elements” is at its black little heart, a murder-mystery. 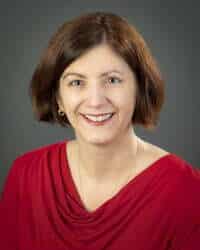 J.L. Delozier is inspired by facts that lie on the edge of reality: bizarre medical anomalies, new genetic discoveries and anything that seems too weird to be true.

Her 2016 debut thriller, Type & Cross was nominated for a “Best First Novel” award by the International Thriller Writers organization. Storm Shelter followed, and Blood Type X completed the trilogy in 2019. Her fourth novel, Con Me Once, published in 2020 and won a Silver Falchion Award.

Her short fiction has won a Roswell Award and appeared in Artemis Journal, Thriller Magazine, Retreats from Oblivion, and the anthologies, Noirville: Tales from the Dark Side and Writers Crushing COVID-19.

A retired Associate Clinical Professor of Medicine at Penn State, she lives in Pennsylvania with her husband and three rescue cats.

Do you read or write crime fiction? Do you read suspense novels, mysteries, or thrillers? Did you read my month of crime novel recommendations in April? Have you picked up THE PHOTO THIEF?