The Blue Bar: The Journey as the Destination 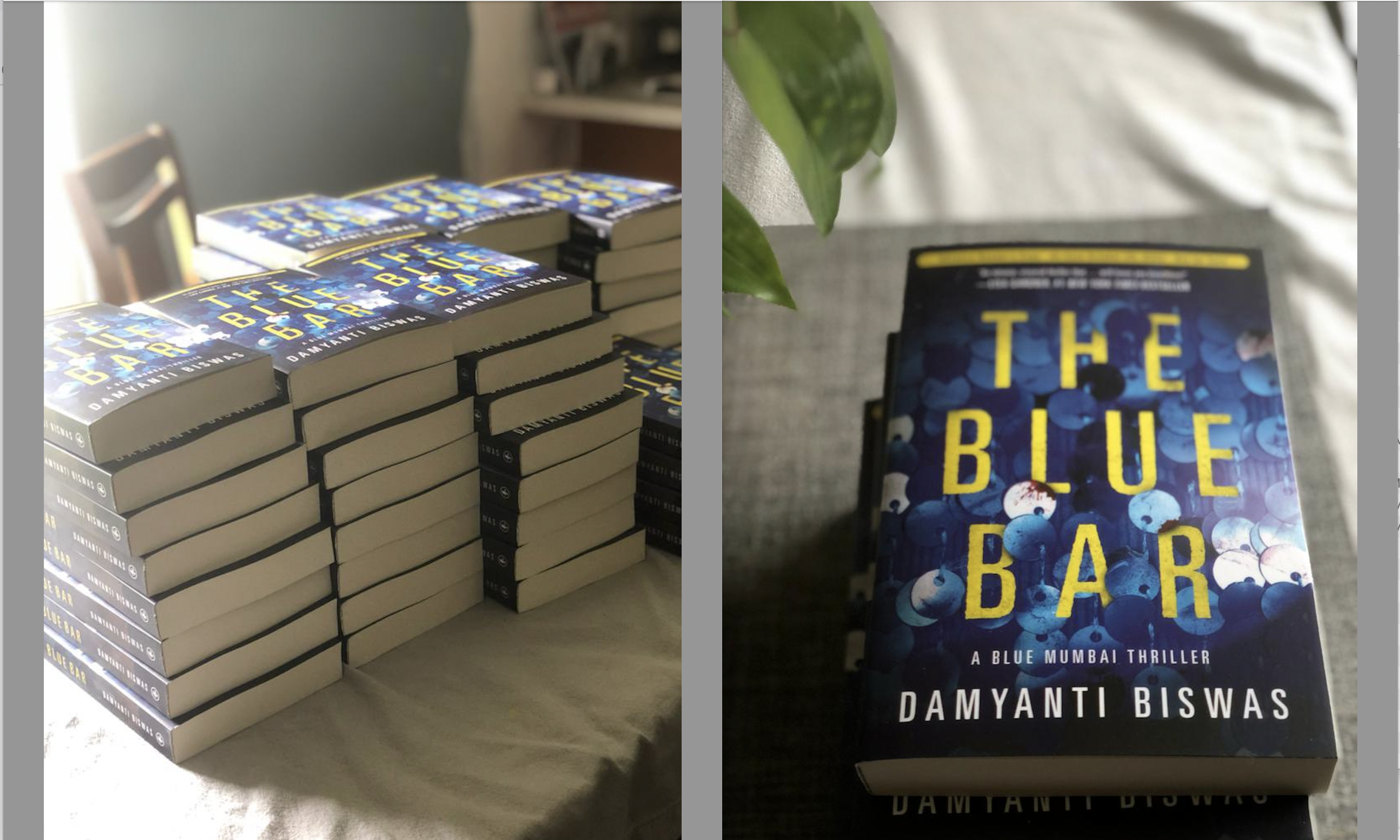 My upcoming novel,The Blue Bar, has been in the making since 2019. Or maybe, that’s not entirely right. It began in my consciousness in a workshop led by Romesh Gunasekera back in 2017, in India.

The writing prompt? Write about a character who is being watched. And in strode a woman wearing a glimmering blue saree, at a railway station in Mumbai, standing alone like a pool of light amid the clamor of evening rush hour.

I named her much later, but that image of a woman in a blue saree became the first three lines of The Blue Bar:

“Endings are overrated. There’s only one true, certain end—everything else a load of bullshit, or how you call it, bakwaas. Beginnings, though. Beginnings are everywhere. It all began with that midnight-colored saree, thick with dark-blue sequins, its endless sea of shimmering dots stitched by hands that must have cracked and bled over the months of needle in and out of taut cloth in some dingy, godforsaken hole in one of Mumbai’s stinking alleyways.“

As I wrote that first draft, I attended another wonderful writing workshop, an online one this time, by David Corbett, and there I named this woman, calling her Tara. I also found the man seeking her: the tortured soul, Arnav Singh Rajput.

As part of the Write Edit Publish Challenge, I’ve written in Tara’s voice here, and here . I find that her voice keeps returning to me in various iterations.

The Blue Bar is a crime novel, but it is also a love story. Not a romantic suspense with the tropes of that genre, but romance is an integral part of the crime plot. Many readers of advance copies have spoken about the love story, and that’s been reassuring.

Back to the journey of the book, The Blue Bar.

I finished the first draft in 2019, and then got busy promoting You Beneath Your Skin.

By 2020, covid hit, and I was at a loss, working on a new novel, but also worried about The Blue Bar. End of that year, my then-agent and I finally decided he didn’t have the right plan for The Blue Bar, so I wrote another draft  and began the soul-destroying querying journey once again in March 2021.

June 2021, I had four offers. I signed with Lucienne Diver, my current agent, who sold The Blue Bar to Thomas & Mercer in a 2-book deal.

And now, the ARCs for the influencers are here–see picture above.

Most trad published novels of beginner authors like me have circuitous journeys–and The Blue Bar has been no exception. Rejections galore from dozens of agents and at least a dozen editors. It’s now inching forward, and all I can do is talk about it and then let it go with a hope and a prayer…and focus on the sequel.

Huge thanks to those of you who’ve offered to read the e-ARC, and some of you who are already reading and reviewing it. Thanks to all of you, the book is at 1250 Want to Reads on Goodreads.

What books have caught your attention recently? What has your own book’s journey been like? Who are the authors on your must-read list? Would you like an early e-copy of The Blue Bar?