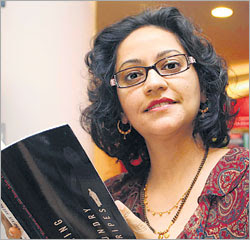 Though I would have dearly loved to have got a book signed by Neil Gaiman at the Singapore Writer’s Festival, I now feel reconciled to not having had a ticket to the event.

The other events I have had the chance to attend were not really ample recompense, but I guess I’m happy I got to attend them anyway.

One of them was a conversation on Historical Fiction with Manreet Sodhi Someshwar, the author of A Long Walk Home and Earning the Laundry Stripes, moderated by Sri Lankan author Elmo Jayawardena.

Other than the fact that the author has a charming presence, what really touched me was her absolute and at times poignant honesty. I was further interested because she was talking about events in my country that history has conveniently pushed under the carpets. 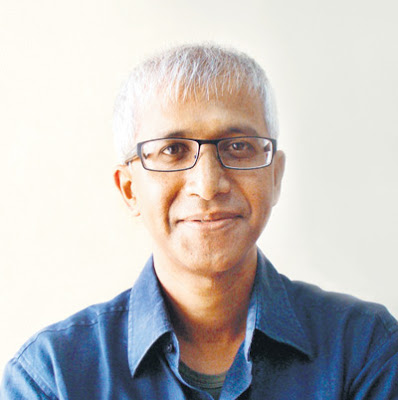 now a signed copy of her book, and am looking forward to curling up with it, and beginning the conversation that Manreet says begins between an author and a reader during the reading process.

Her personal story is also impressive because she is not a writer by training and freely admits that she “taught herself to write” over the course of the years.

I also attended a conversation with Kiran Khalap, a brand consultant who is a spiritualist.

He would be a great person at a table, and an interesting person to talk to, but unfortunately, the audience had come expecting a workshop on “Creating Credible Characters.” Expectations remained largely unfulfilled. Why could they have not called it a Meet the Author session?

Shashi Warrier the next day at least talked about Plotting and more or less stuck to the agenda. There were the usual puerile questions from the audience about “Plot-driven” and “Character-driven” stories, about how to write a story when the author has no imagination, and so on. But th

e session was generally entertaining, mostly due to the absolute self-effacement of the author.

Warrier declared his first story, written as a computer professional, was a fairy tale, which got a lucky break. Not sure if personally knowing David Davidar helped, but I didn’t care. I bought his book “A Hangman’s Journal” , read a few pages then and there, and in a rather uncharacteristic move, got him to sign it as he was rushing for one of the sessions. I’m really saving that book for a session when I can finish it at a go, or at least read uninterrupted for a while.

The panel discussion on Migration and Displacement moderated by Meira Chand, in which Rajat Das, Manreet Sodhi Someshwar, and Neel Choudhury took part, was not particularly insightful, other than some penetrating questions asked by the audience. 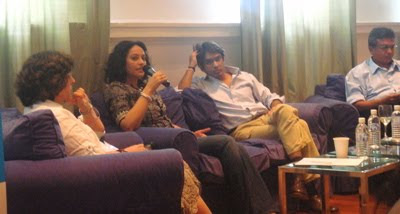 Rajat Das kept reading from his book, which did not in any way clear his points, Manreet said that the relative quiet of being in a country other than India had given her the space to write, and Neel felt that the world was totally globalized anyway so the theme of displaceme 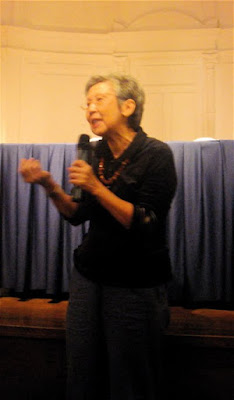 nt in diaspora writing was mostly irrelevant. A discussion not really worthwhile, in short.

All this left me wondering if I’d really missed the important bits of the Singapore Writer’s Festival, as I attended it mainly because I happened to be in the country at the time.

The last session I went to, for which quite a few people braved torrential rains, was a session by Alvin Pang and Su-chen Christine Lim. I’ve been a fan of Su-chen Christine Lim for some time, and loved her talk, her comparison of writers with Bonsai, which meant that a lot of time and effort went into the grooming of a writer. I took a video of part of her talk, wish I’d had the presence of mind to start recording it from the beginning.

They talked about a writer’s residency they had conducted at Pulau Ubin, something in the lines of the renowned Arvon retreats in the 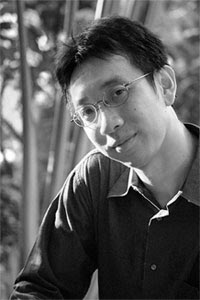 United Kingdom, where those who love writing, both established writers and beginners mix together in a group. They stay isolated for a week, attending daily workshops with two tutors, with whom they also have individual sessions. The whole thing costs 500 pounds, and I’m wondering if I should not actually think of participating the next time they have a session.

All in all, though I did not come away from the Singapore Writer’s Festival 2009 with a lot of new information or inspiration, at the very least I was entertained, had a few laughs, made new friends, and in the end got to hear Su-chen Christine Lim talk.