Tips for Editing Your Novel, by Margaret Atwood 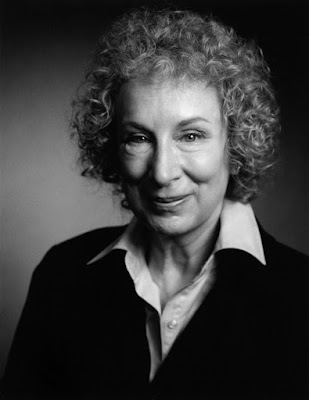 Useful Editing Tips for Novelists among you, via Margaret Atwood. She would know.

Go read her blog if you’re an aspiring novelist, not just for the tips she hands out, but also for that dry wit which percolates through nearly all her writing.
——-
TEN EDITING TIPS: FOR NOVELS, NON-“EXPERIMENTAL” 1.The beginning. This is the key signature of the book. Sets the tone, introduces the leitmotifs. Are the people in it main characters? If not, how much do the readers need to know about them? 2. Charles Dickens said, “Make ‘em laugh, make ‘em cry, make ‘em wait.” He put “wait” at the end because it was crucial. (In any series of three, the third is the most important.) In terms I’ve picked up by playing with the boys: Drop the hankie early, but make ‘em wait for the opening of the kimono. Are you telling too much too soon? (Suspense: a good thing, if not done too obviously. Who is this guy? What happens next? Don’t signal too much, too far ahead.) 3. Verbs shall agree with subjects (singular, plural). That is, unless it’s dialogue or third-person inside-the-character point of view, and the author wishes to indicate that the character has a weak grasp of this principle. 4. Verb tenses. This is tricky. But in general: if something is always true, use the present tense. If it was always true once, use the past, or “would” plus past tense to indicate continuous action in the past. (“Every day, he’d go to the laundromat.”) . If it’s something happening before the time we’re in, use the past perfect (“He’d gone.”) Only the author knows the time flow – an editor can query, but the author must decide. If tenses are disjunct, there should be a very good reason. (Maybe the character is having a breakdown.) See also the use of the historical present. (“So, he goes, “What’re you doing?” and I go, “Butt out,” and he … etc.) Elmore Leonard is an expert at this kind of thing, and at informal dialogue in general. 5. The gerund mistake. A common one. “Walking along the beach, a pair of boots was seen.” Means that the boots were doing the walking, not the observer. Correct: “Walking along the beach, he saw a pair of boots.” 6. Readers are readers. They are good at reading. They are also post-film, and are used to swift cuts. They will fill in quite a lot. At any point, are you telling/filling in too much? The author needs to walk through the moves in his/her head – like practicing a dance or a military exercise – so that no actual tactical mistakes are made – the character doesn’t go out the door before he’s put his pants on, unless intended — but then the planning steps, the connect-the-dots steps, are pruned out so that what the reader gets is a graceful, fluid execution. We hope. 7. Dialogue. How do people actually talk? Too much for prose fiction, as it turns out. Dialogue in a novel should: give the illusion of real speech; indicate character; not tell us stuff we can assume or don’t need to know, unless the point is that the character is boring; advance the plot; be funny if intended; not sound too wooden. Look at contractions: it’s, he’s, shouldn’t. Look at use of “that”—in speech, we rarely put it in. ‘The tree I saw,” not “The tree that I saw.” 8. Point of view. Whose eyes are we looking through? A character’s? The author’s? Is the author intruding too much on the character? Does it sound like Character Bob, or like Author Phil/Phyllis? We know characters in the following ways: What they say. What they think. What third-person narration says about them. What other characters say/think about them. What they do. What they say they do. What they see when they look in the mirror. The tone of the prose about/surrounding them. 9. The second person problem. Applies to letters and journals, for instance when one character is communicating to another or writing a diary or journal. If a letter, A shouldn’t tell B something we already know B knows. If a journal –who is it for? Is it to be found after the character’s death – “Look what a clever boy I was”? Or is it for her to enjoy in private in a gloating or meditative or My Secret Life sort of way? For a sampling of diaries/journals, see the excellent anthology, The Assassin’s Cloak. 10. The ending. Open or closed. Fitting in tone. Makes us say Wow, or I want more. Or it sums things up, or provides a coda. It is, in any case, the last word. For now. Ask: is this how you want to sign off?