What was the last city you traveled to and how did it make you feel? 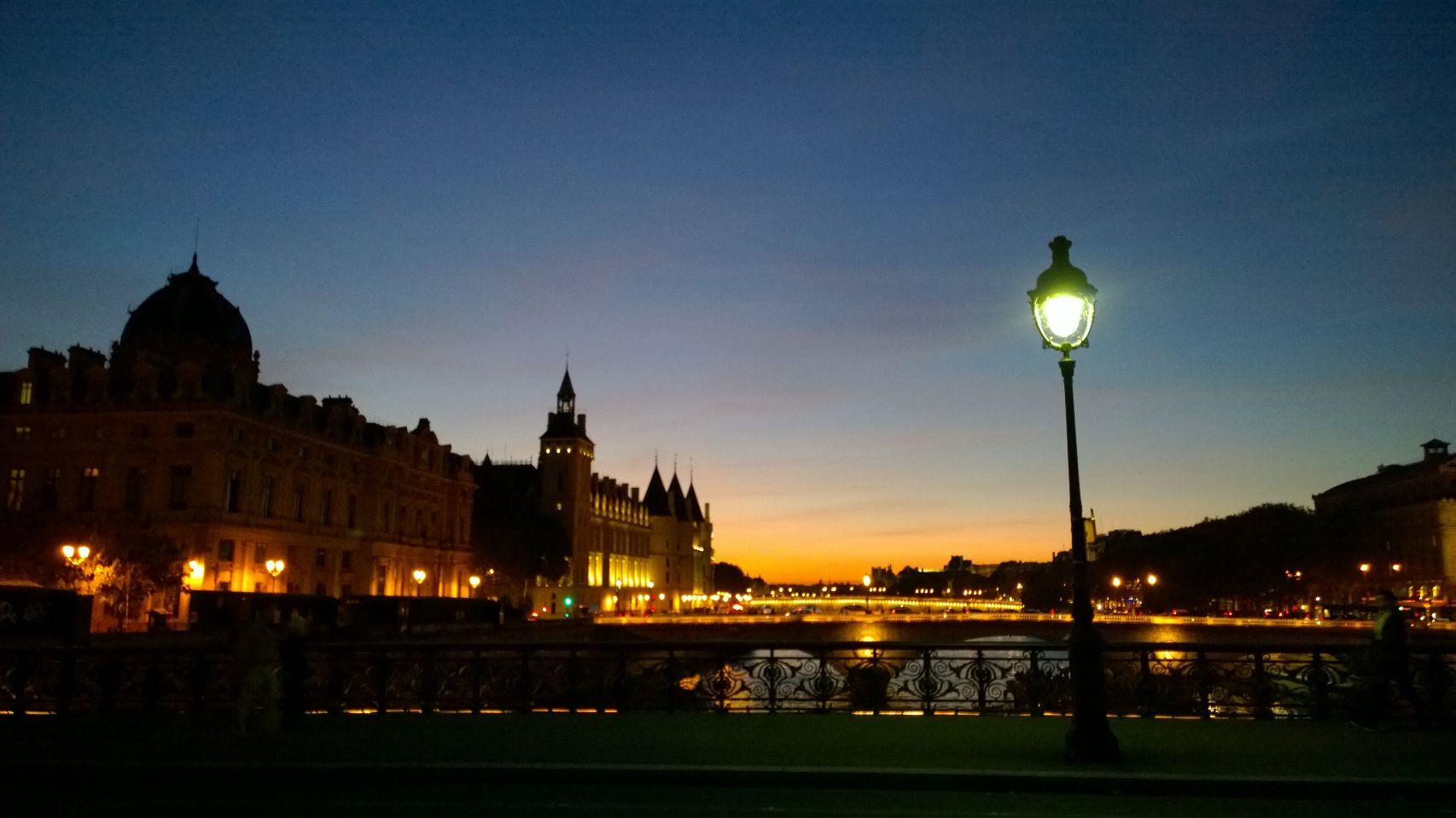 Last week, I went to Paris.

I would have posted excited pictures, breathless descriptions. I would have told you I saw the Eiffel tower, arriving there after two missed trains, just when the lights began to blink, that I stared up at it against the clouds, that it seemed to rise and hover in the air, like a golden tower made not of steel, but strings of light.

I would have told you that the bridges gleam day and night, that the coffee is lighter than in Rome, that the croissants and crepes disappointed me somewhat–not that they were bad, that sitting outside watching the world go by seemed overrated when tourists sat by the Seine in traffic smoke, that the Notre Dame looked like calligraphy in air, like a papier–mâché thing I dared not visit for fear that the illusion of its lightness would disappear.

That the Mona Lisa underwhelmed, the ladies taking selfies with her made more of an impact, but that the Louvre made me feel like I wanted to lie down and die, because surely then I would be reborn inside of it, as a guide, a cleaner, a waitress. And wouldn’t have to leave. That d’Orsay does not do justice to the Impressionists, shutting away all their shimmering outdoorsy light in a smallish hall, where you have to peer over heads and shoulders to see them from a distance. That Van Gogh looks sadder in his swirly blue self-portrait than I remembered from prints, that his starry night over Paris looks far better than the sky today. That Rodin’s Thinking Man makes just as massive an impression as I imagined from the pictures.

But it is the people who remain with me.

The waiters who looked down their noses as they took orders, unsmiling, the pretty girls in snug scarves, that tall man crossing an alley shouting in French on his phone trying to look manly, the Chinese model being photographed at the Tuilieres Garden, who joined us minutes later in the metro wearing frayed shorts and golden eyeshadow, the artist at Montmarte drawing a smiling little girl’s portrait who would be oh-so-disappointed in a few minutes, a group of old women dressed in black lace, hobbling uphill on walking sticks, laughing, lugging loaded Desigual shopping bags, the Arab women covered top to toe, being led along by their husbands in shorts, the tall black men at shops and restaurants, regal despite their valet coats, the young couples, kissing in parks, eating long sandwiches, sipping wine, smoking, always smoking. I’ll remember being stuck in a jam in a back alley, looking up at the sky, only to find a bald old man and his Persian blue cat staring straight down at me from their red-flowered window.

I will, of course, go back, given half a chance. And this time I would spend more time watching people in the less tourist-infested areas. I’ll sit down and get lost, merge, disappear. A writer’s job is to paint what she sees, not interfere with the picture.

But on our way back now, on this long haul flight back from Paris to Singapore this is all I can think of: each of us, the protagonist of our lives, is just a part of the picture in someone else’s eyes. Note to self: no matter where you go and what you do, you’re just a tiny, insignificant part of the picture, remember that. The world is bigger than you, it would go on. Be here, now, and let that be enough.

Been to Paris? What is the one thing you remember the most? Would you go back again? What was the last city you traveled to and how did it make you feel?
—