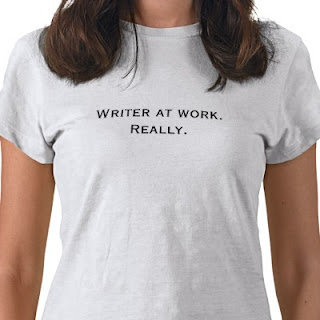 I haven’t been too well these past weeks, not writing or blogging much, but I want to chat with my blog-buddies, not stay mum on the blog, especially after my first rant (against writers) in nearly 4 years of blogging!

So, I’m re-posting an old post, because I’m curious…what do we writers think about the 10,000 hours rule, and how many of us have logged in those hours?

I was reading an old Reader’s Digest Interview by Malcolm Gladwell, where he says: (emphasis mine)

An innate gift and a certain amount of intelligence are important, but what really pays is ordinary experience. Bill Gates is successful largely because he had the good fortune to attend a school that gave him the opportunity to spend an enormous amount of time programming computers-more than 10,000 hours, in fact, before he ever started his own company. He was also born at a time when that experience was extremely rare, which set him apart. The Beatles had a musical gift, but what made them the Beatles was a random invitation to play in Hamburg, Germany, where they performed live as much as five hours a night, seven days a week. That early opportunity for practice made them shine. Talented? Absolutely. But they also simply put in more hours than anyone else.

This set me thinking. Does this hold true for writing as well?

Of course, I went back and picked up his book Outliers that describes this 10,000 hour rule (which basically states that you can become an expert at anything provided you put in 10,000 hours of practice), and then did some digging on the research behind this theory (and it IS a theory, not proven fact), and found this article: What it takes to be great —

Turns out that it is not 10, 000 hours of blind slogging, it has to be ‘deliberate practice‘:

The best people in any field are those who devote the most hours to what the researchers call “deliberate practice.” It’s activity that’s explicitly intended to improve performance, that reaches for objectives just beyond one’s level of competence, provides feedback on results and involves high levels of repetition.

For example: Simply hitting a bucket of balls is not deliberate practice, which is why most golfers don’t get better. Hitting an eight-iron 300 times with a goal of leaving the ball within 20 feet of the pin 80 percent of the time, continually observing results and making appropriate adjustments, and doing that for hours every day – that’s deliberate practice.

Consistency is crucial. As Ericsson notes, “Elite performers in many diverse domains have been found to practice, on the average, roughly the same amount every day, including weekends.”
Evidence crosses a remarkable range of fields. In a study of 20-year-old violinists by Ericsson and colleagues, the best group (judged by conservatory teachers) averaged 10,000 hours of deliberate practice over their lives; the next-best averaged 7,500 hours; and the next, 5,000. It’s the same story in surgery, insurance sales, and virtually every sport. More deliberate practice equals better performance. Tons of it equals great performance.

Continuous and consistent efforts at improvement, trying to learn something new each day, new skills, setting new goals —that is what deliberate practice is all about.

I sat back and thought about how many hours of ‘deliberate practice I’ve put in over the past 3 years of writing fiction, and I think it totals up to 2000 hours, at the most (and here I’m including all the time I read books on writing, or stared off into space trying to figure out a plot hit my head on the wall on empty days!)

So, if I want to write well, I have 8000 more hours of practice ahead of me, and of course it doesn’t stop there, because even experts need to keep updating themselves!

While this is daunting, it also reassures me. Even if I have zero talent (I hope not, but there is always that possibility lol), I have hope if I put in the hours of ‘deliberate practice’.

Have you finished your 10,000 hours? Do you think the theory makes sense?