Writing about a writing advice surgery 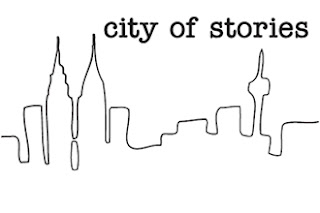 I went for a writing advice surgery session with Jeremy Sheldon yesterday. This involved sending in a short story to be criticized in person for the duration of an hour.

To say that it was the best one hour of learning how to write I’ve ever done would be an understatement.

And then somehow, I am not really sure how, he got through to the distilled sense of my writing. Not only that, he gave me concrete pointers on how to improve my story, without imposing his personal views on how it should be. That was phenomenal.

-Mr. Sheldon pointed out bits that he thought were more show rather than tell, and what is awesome is he told me exactly how to do the “showing”.

I can now see that in my story I have to pick up a piece of dialogue and develop it into a scene to clear up the motives of some of my characters in a way a few paragraphs of telling have not. Show rather than tell has never been explained so well to me before. It is simple, really, instead of describing and explaining, put the reader in a scene and let him or her figure it out. The trick is how to pick/ create the right scene and characters to involve, in order to serve a definite purpose (like forwarding the plot, fleshing out the characters etc.).

-He also pointed out how my writing needed a little sensory detailing in some areas— the POV, the characters, and the setting, just a few words and phrases added in where they would make the story more life-like. I’ve always been a fan of the detail, and he showed me exactly how details can be used to maximum effect by sneaking them in at various instances through the story.

-Another thing I learned was how to “set up” a scene.

In the last scene of my story, I have a character who makes a revelation, but it seems “unnatural” for her to do so. To make it seem more natural, I could introduce a different character. But, I could equally well go back to the story and add in a few features to the character earlier on, which would make her later actions seem more natural. I have done this on instinct before, but it was a learning experience to have it pointed out, and to use it consciously as a technique.

He picked out a few lazy adverbs, and passive voice usages as well*blush*, but those are easily fixed.

Oh, he was a kind critic, saying things like “fantastic” and “brilliant” about the story and its bits and pieces. But what impressed me was his ability not only to point out what is not right with the story, but also to suggest extremely practical and reasonable solutions.

I can’t wait to do the re-write, and that’s a first for me. Usually I have to keep a critted piece away for a week to let the sting seep out of it. The story is on its tenth draft, and has been praised before in its different avatars. The eleventh is going to be virtually an absolute rehaul, but interestingly enough, I’m sure I’m going to enjoy every minute of it. Because now I know exactly how to make the story really work.

Thanks to BCL and MPH for making such a session possible, and Sharon for spreading the word around. Lastly, I’m grateful to Mr. Sheldon for teaching me a few things about writing that would have taken me years to learn from books and my own sodden trial and errors.